I reported some time ago about a new based upon the Elektor Junior design, by Jörg Walke, the Junior Computer ][. 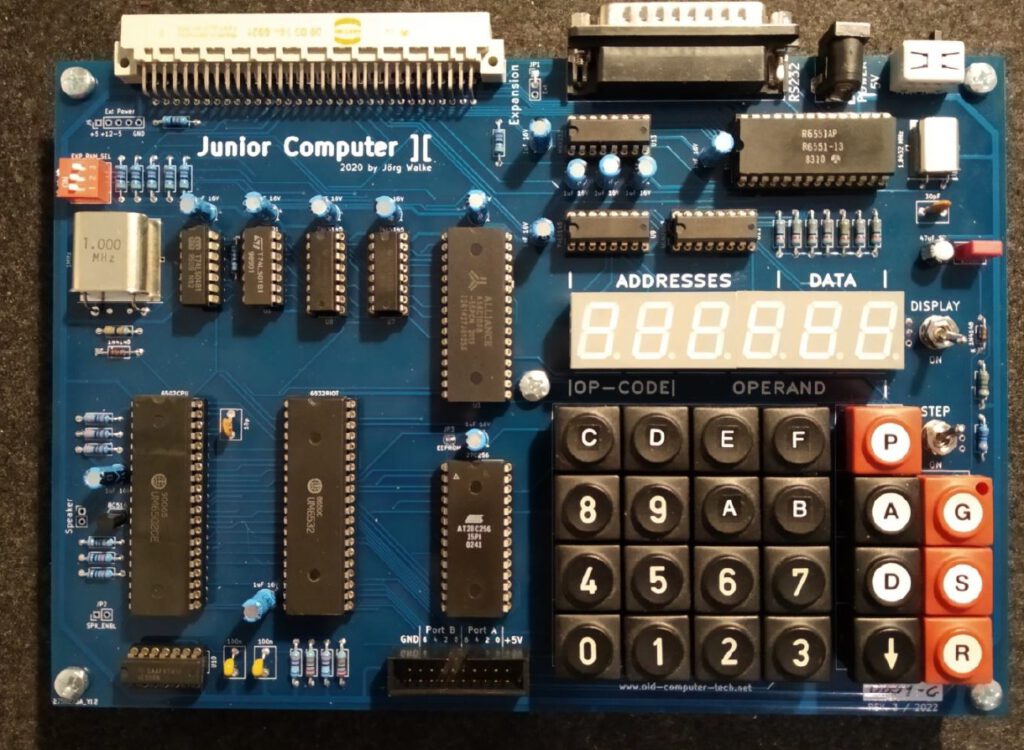 In the meantime the Junior ][ has grown up. A Bus card and an Interface card with a lot of functionality has been designed by Jörg, the software has also been updated with EHBasic and much more.

More information on the Junior ][ Computer can be found on the Vintage computing forum of the German “VzEkC e.V” – a club dedicated to the preservation of old computers and on the Junior Computer][ page.
The design, Gerbers, software is on the website of  Jörg Walke.

Here the foreword by Jörg (the ‘I’ is Jörg!)

In May 1980 the DIY project Junior Computer was presented in the Elektor electronics magazine.
The little single-board computer was equipped with 1 KB ROM, in which the monitor program is located, 1 KB RAM (plus 128 bytes of RAM located in the 6532 RIOT), which, according to the authors, was more than enough at the time.

At the 40th anniversary of the computer, I decided to design a version with all features I wanted for the junior back in the 80s. The result is the Junior Computer ][ described here. It has 8KB ROM and a maximum of 128KB RAM. A additional serial RS232 interface and a simple sound output (as described in Junior Computer Book 2, from page 41) are also added. A 5V plug-in power supply with 2A should be sufficient. If external hardware needs to be supplied with voltage via the expansion connector, 3 Amps is recommended.

In order to be able to address the additional memory, the originally address decoding had to be extended. This is designed in such a way that the compatibility of the computer with the original Junior is preserved. An adaptation of the original monitor ROM to match the new memory location was not necessary.

Like its ancestor, the Junior Computer ][ can be expanded with external hardware via a 64-pin connection. The pin assignment oft he bus was largely retained.
In the new version, the 16 available port lines of the 6532 are available via 20-pin connector instead of a 31-pin connector.
The circuit changes mentioned here were made exclusively by me and expressly without the prior consent of the publisher Elektor, which is hopefully forgivable after 40 years. Of course, all rights to the original circuit design remain to Elektor and the authors.

Circuit diagrams, Gerber files, ROM images and other documents of the Junior Computer ][ (including this description) can be downloaded from https://old-computer-tech.net/downloads/ .

The computer and all its documents are published under the Creative Commons Attribution 4.0 license. 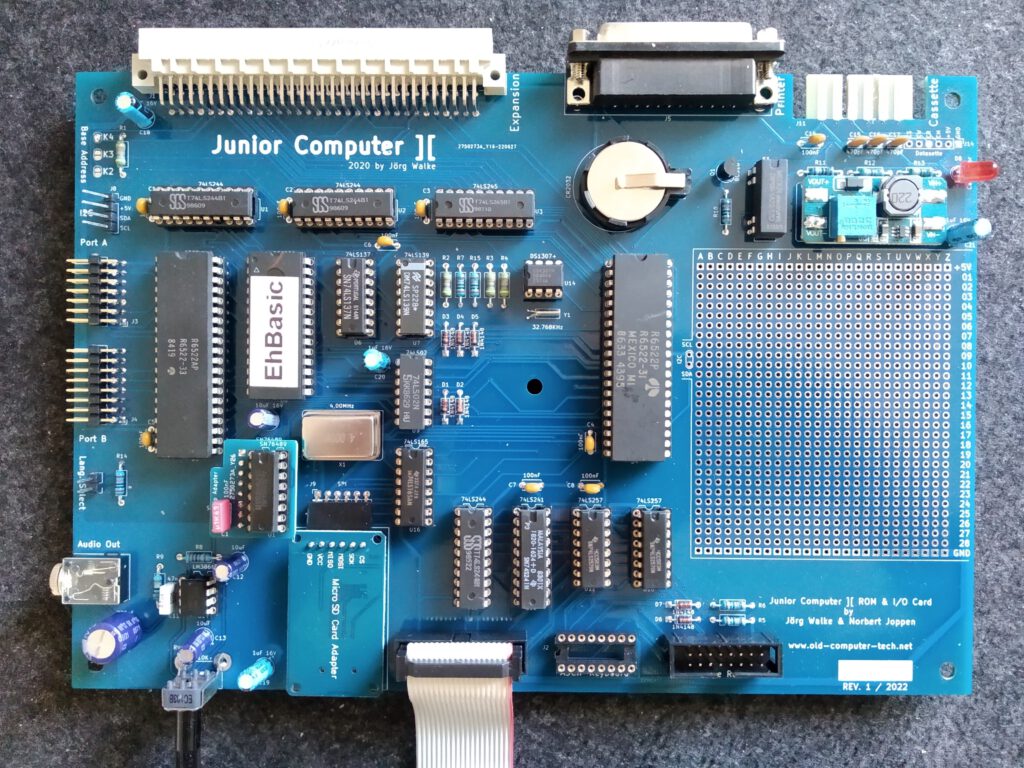 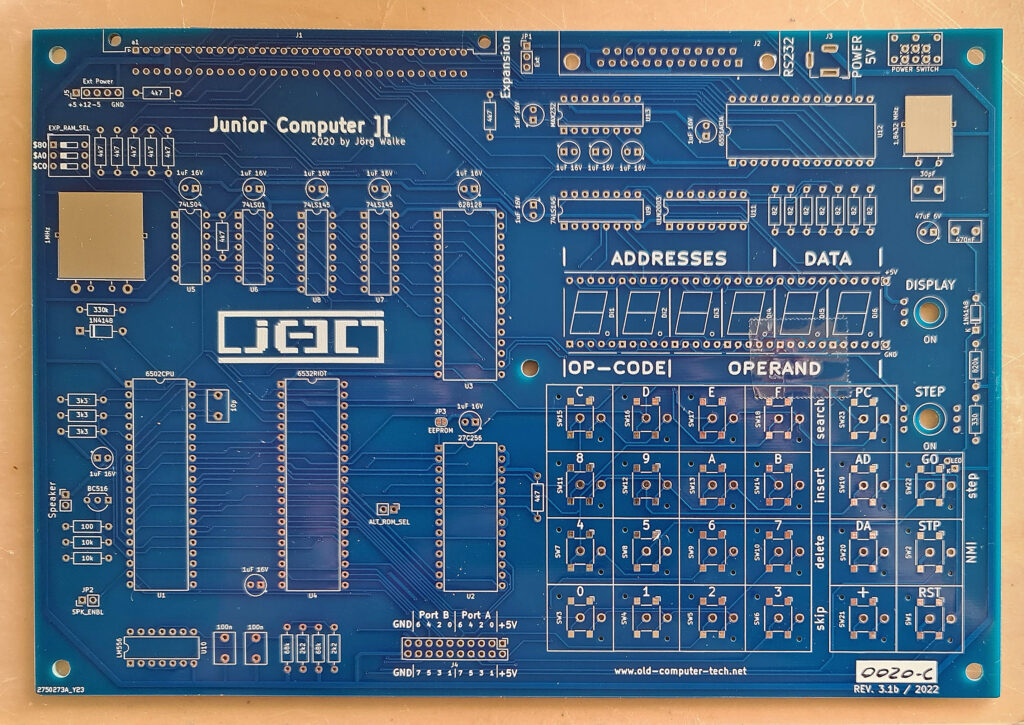 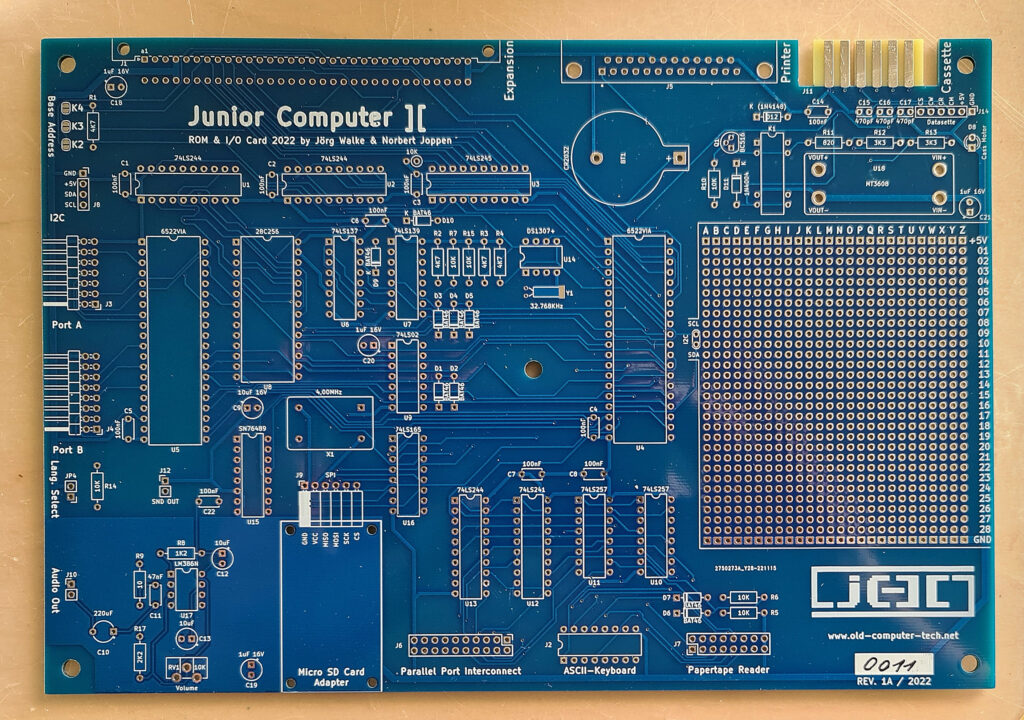 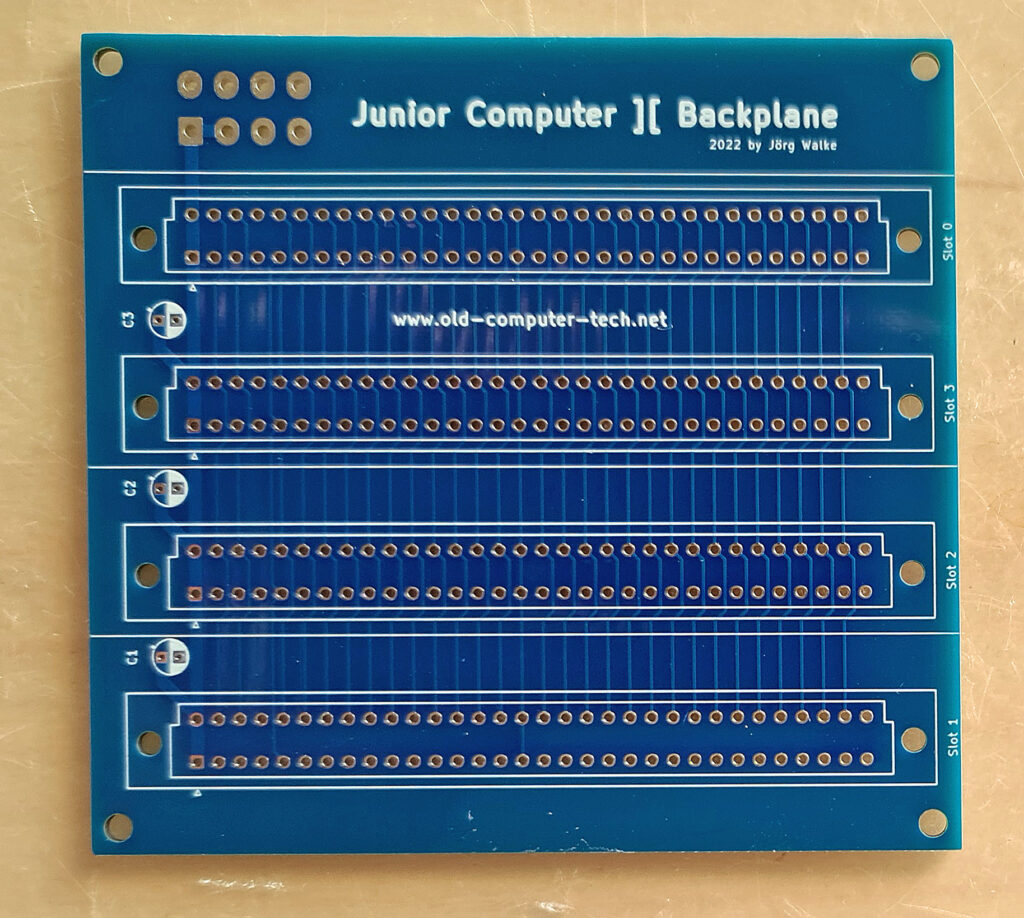