The short-lived 6501 by MOS Technology appeared as far as I know only in a board made by The Digital Group.

The Digital Group didn’t just copy the MITS Altair design as others did, they improved upon it, with features not available in other systems. For one, the DG system loads the Operating System from the cassette drive automatically with little user interaction. Additionally, the DG system was available with four different CPU cards – the rest of the system remains fully compatible, no matter what CPU card was installed. Technically, the DG system has three different buses for CPU, memory, and I/O. Because of this, the card slots are different sizes and dedicated to each card type: 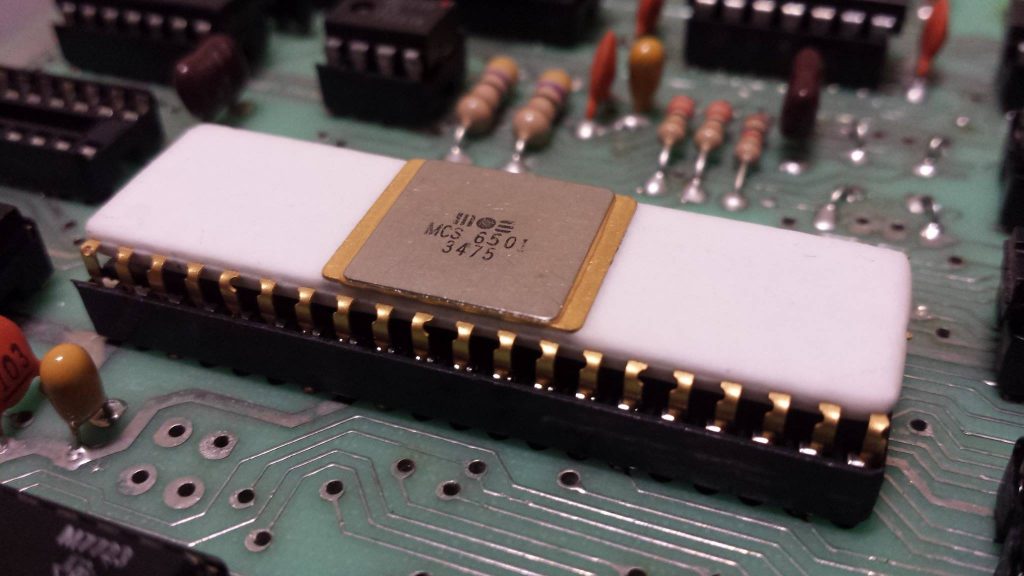 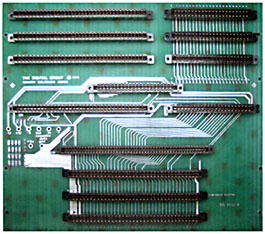 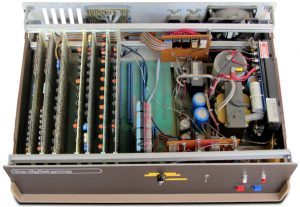 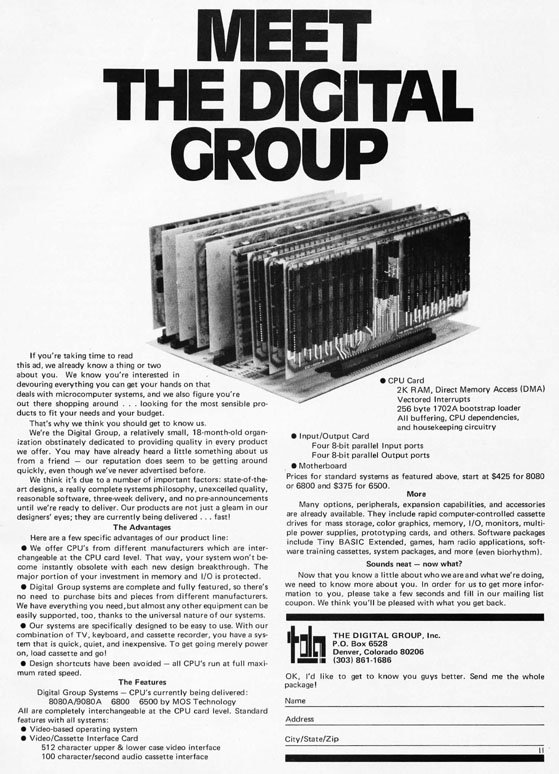