This Z80 development kit was given to me several years ago, without any documentation or information about the origin.

Here are the photos of the system I once had. 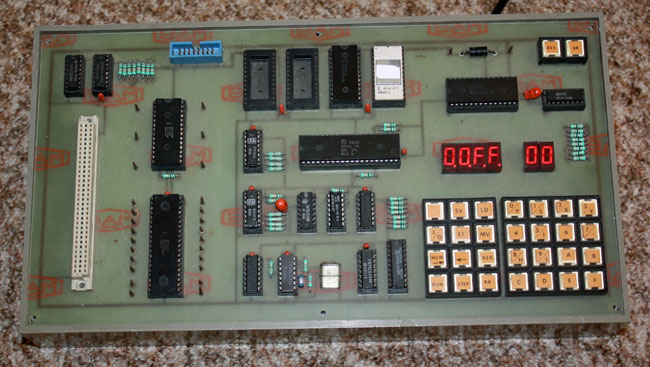 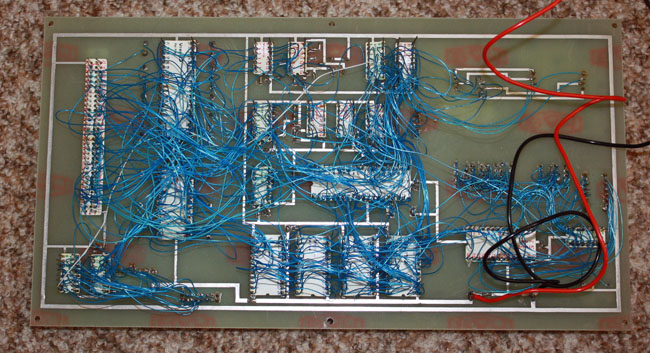 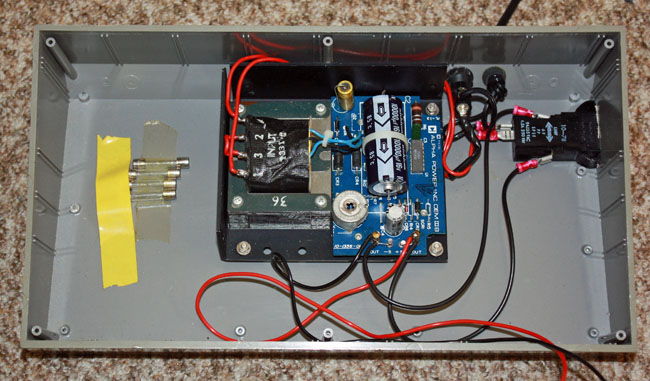 Roland Lokker has two systems. The following photo shows a kit he acquired, a bit simpler and presumably from a previous course year. 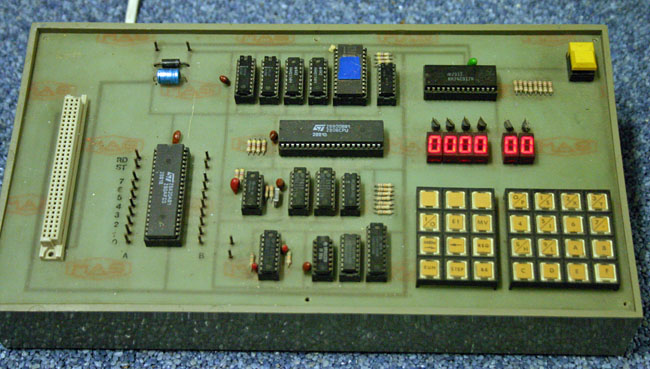 The next photo shows the system Roland built himself during the course. Nearly identical to my system, with some enhancements (like the slide switches and the extra connector on the left side). 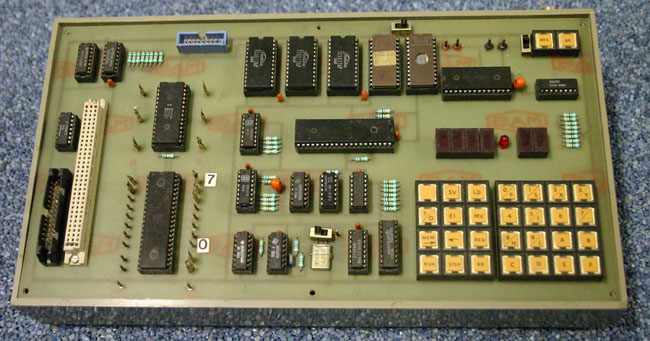 This Z80 development kit was built by students in the first two weeks of a course about working with microprocessors. The courses were delivered in Rotterdam during the early 1980’s and lasted a year. The system was designed by the teacher, and about 20 students each year used the system, after completing the build, to write programs and do experiments. No assembler was used, no mass storage available in the beginning.

No manual exists, only a handwritten listing of the monitor program.

Scan of the handwritten! monitor program (scanned by Ronald Lokker)