The DATAC 1000, a single-board computer based upon a 6502 and a TIM RRIOT, designed in 1976 by Philadelphia Area Computer Society club members Carmen DiCamillo and Roland James.

This single board computer was premiered at the club’s August 1976 meeting in Atlantic City, NJ. Once “perfected,” the computer helped introduce many PACS members, and others,
to the field of microcomputers. The official manufacturer of this computer was Datac Engineering of Southampton, PA.
The computer was available in two models: the $185 “tutorial” version and the fully populated and tested version for $345.
In either case the 6502 CPU was included. Computer was instantly usable and featured expansion capabilities, touch sensitive input keypads and a documentation package.
The computer was so revolutionary that it was featured in Byte Magazine’s July 1977 edition. 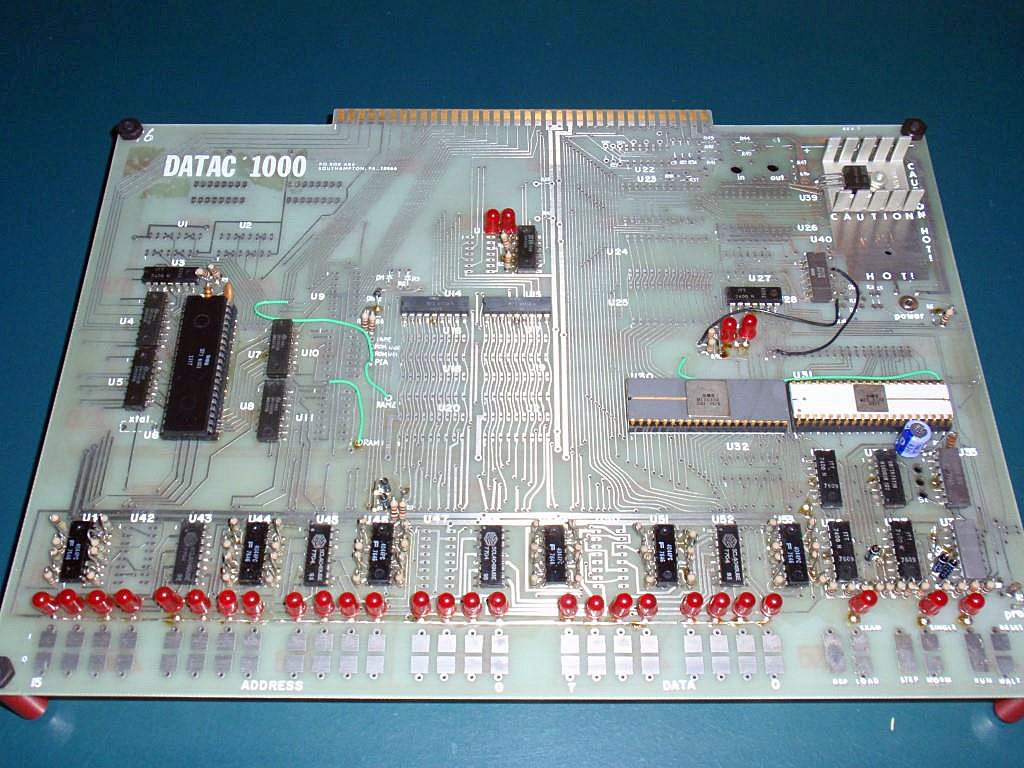 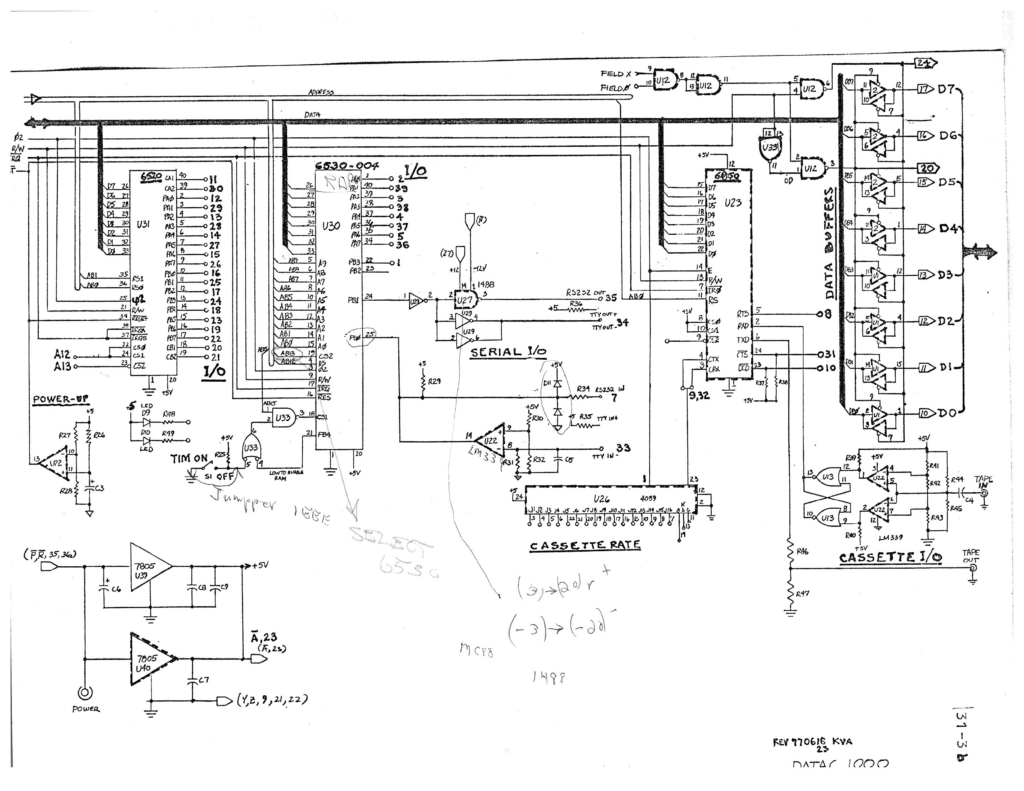 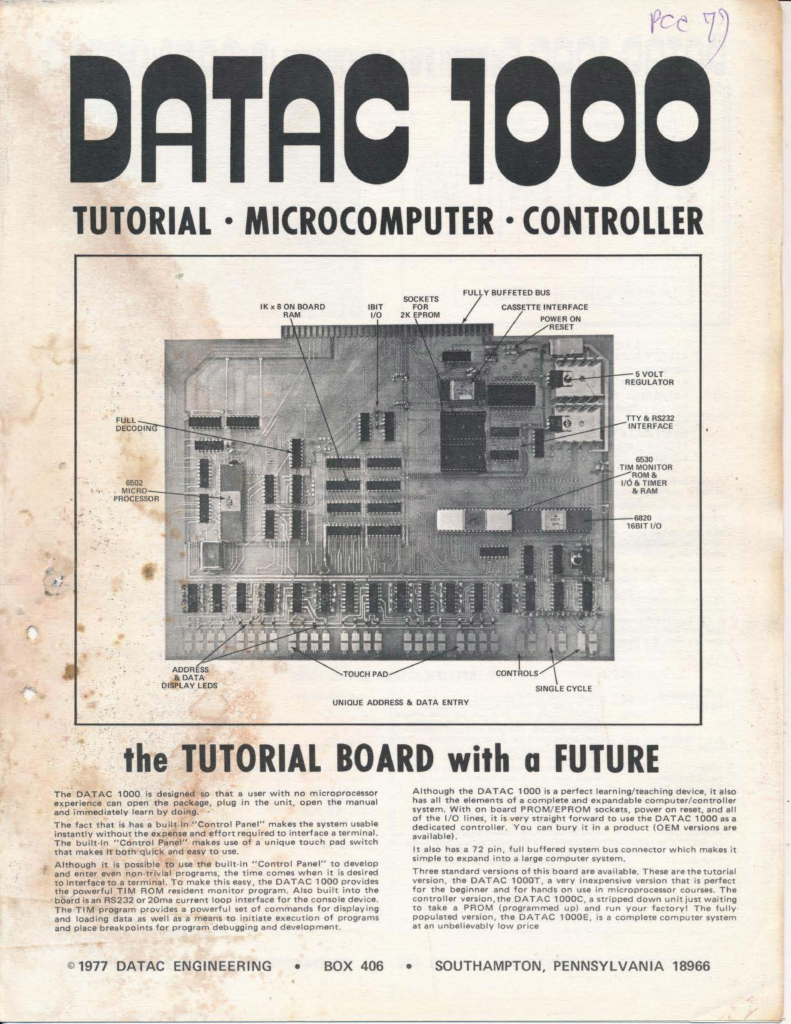 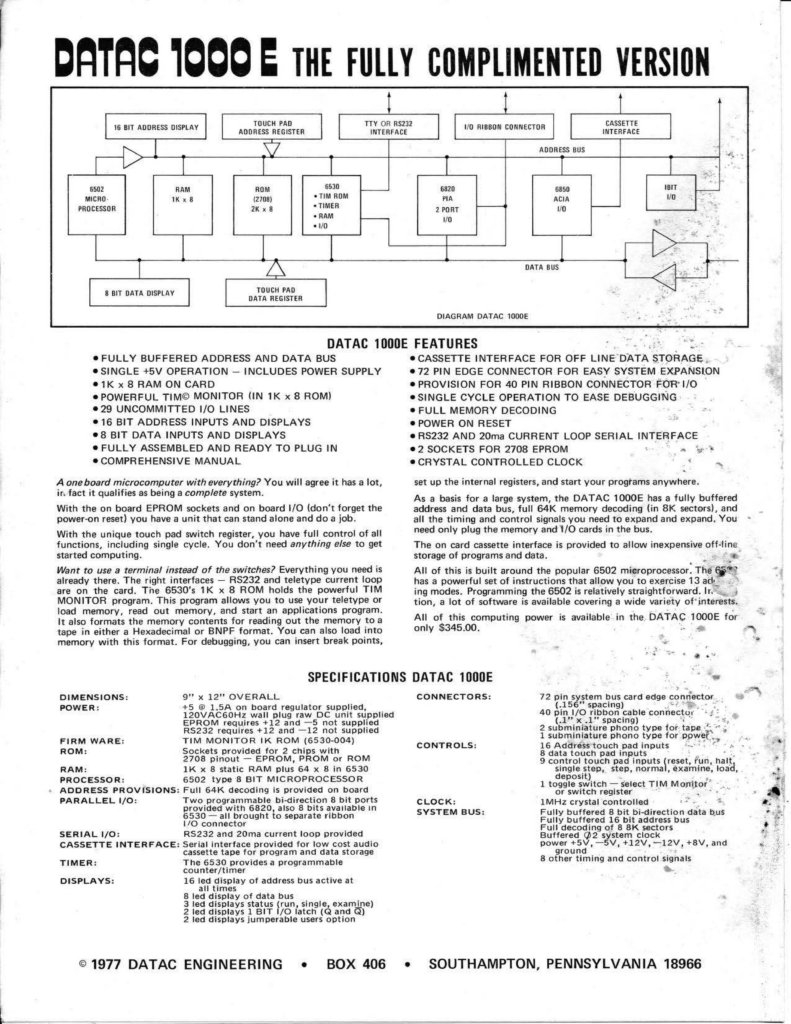 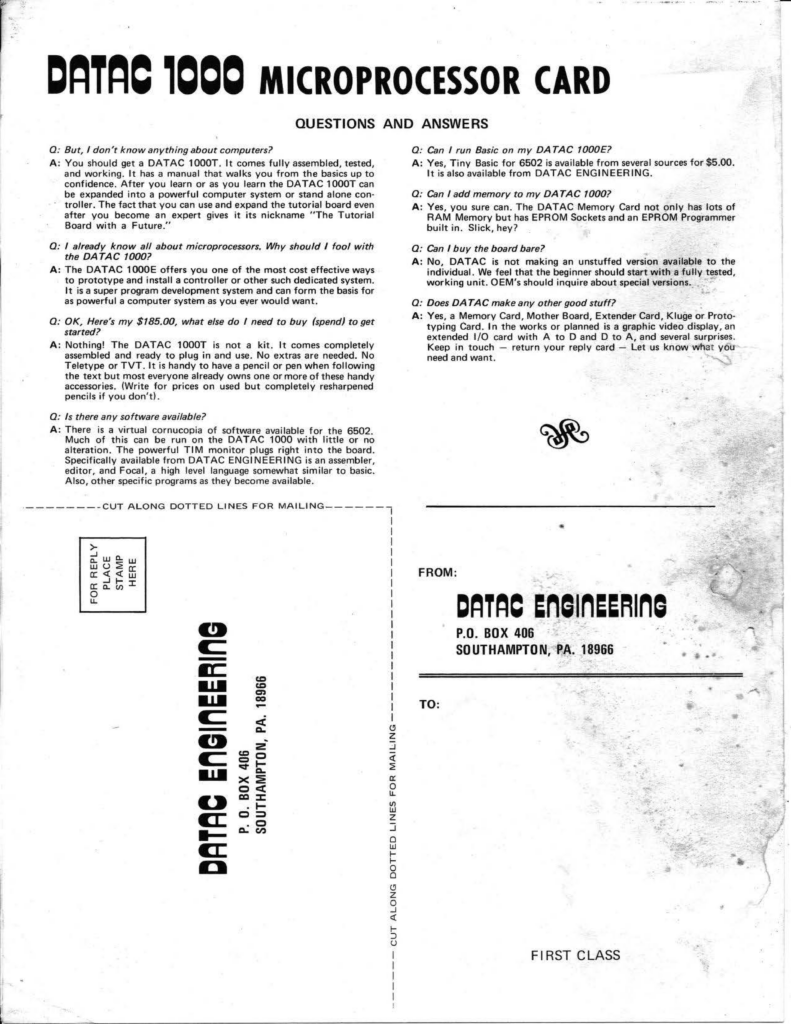 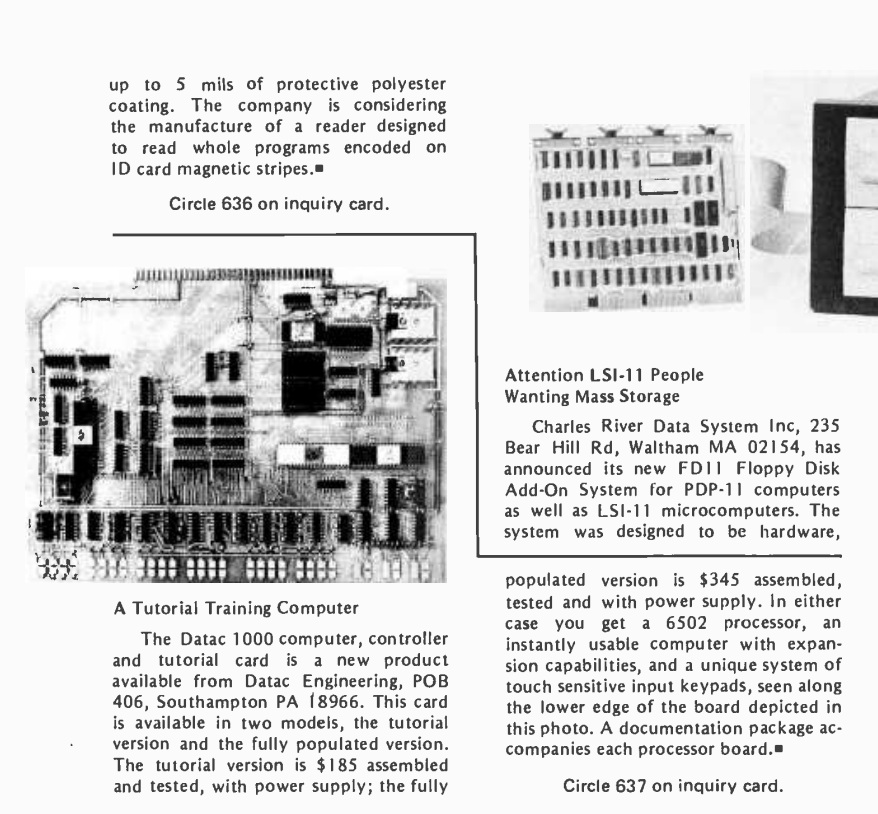 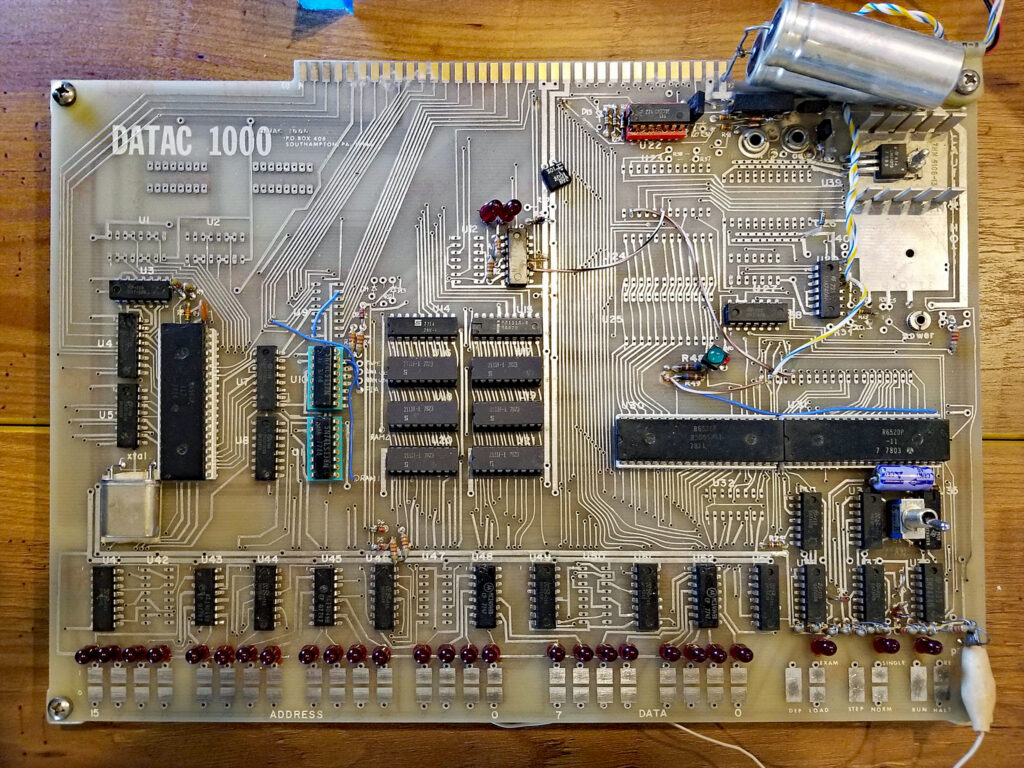 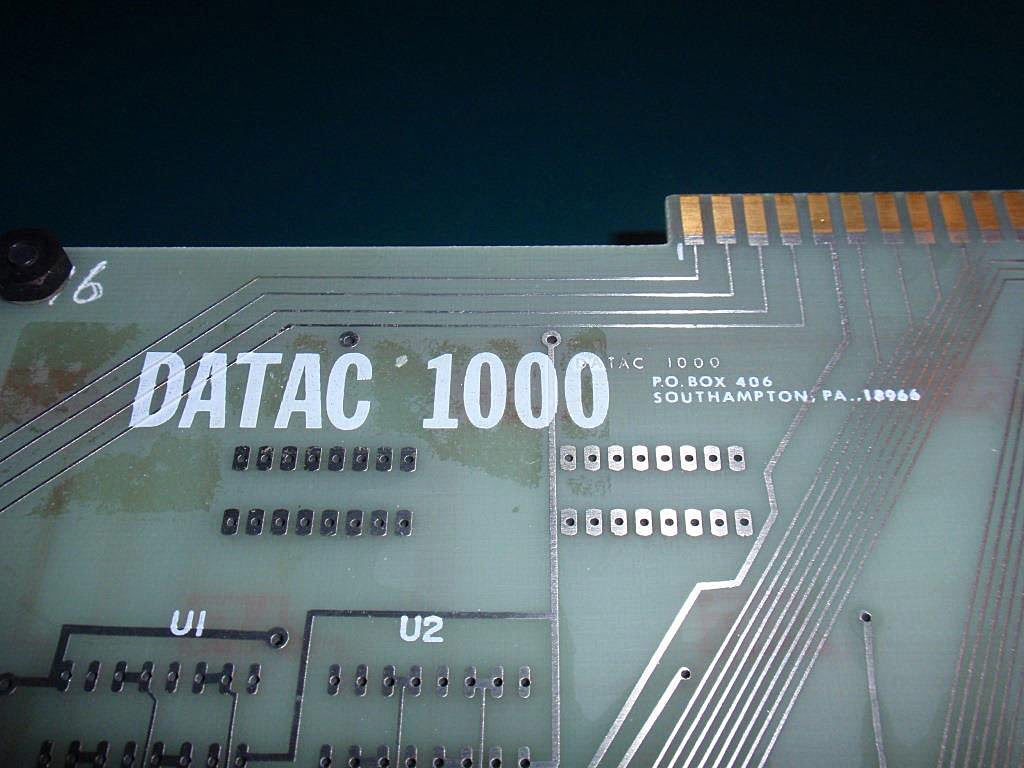 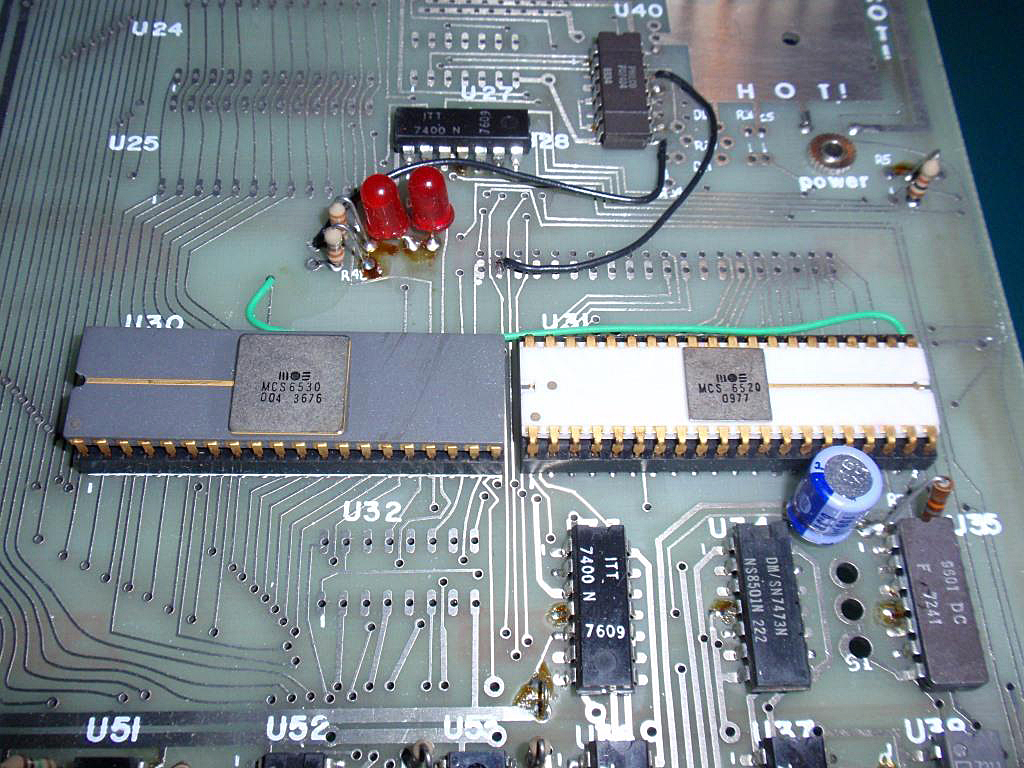 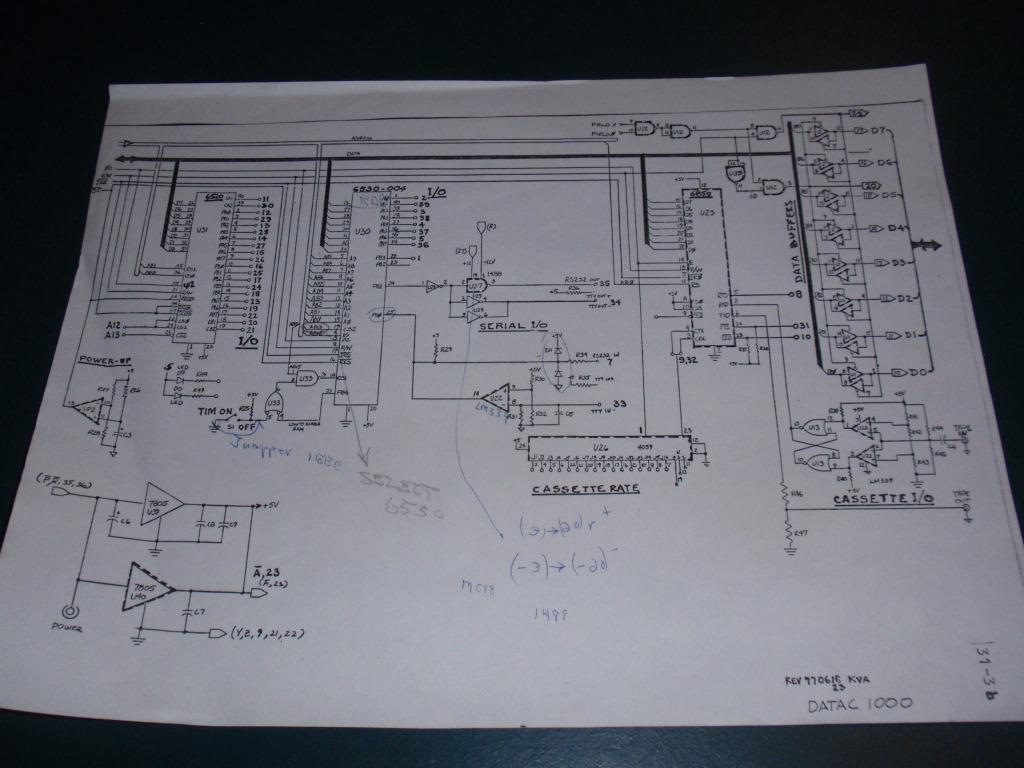 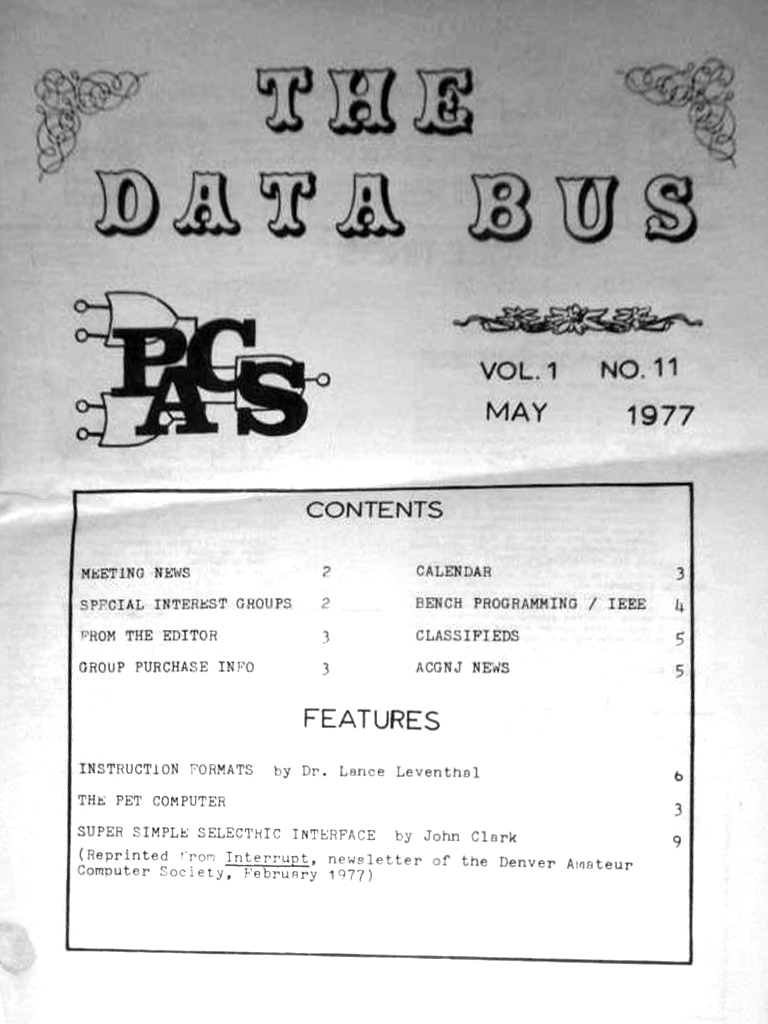 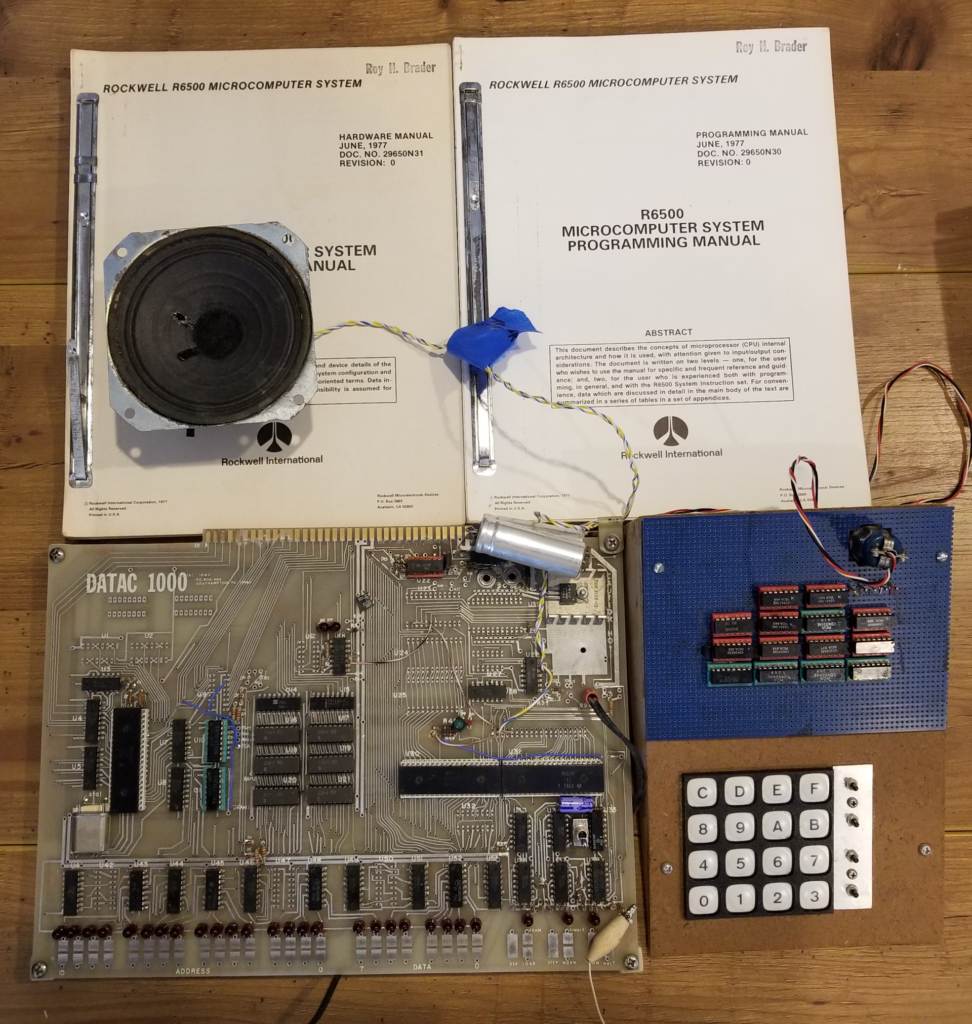 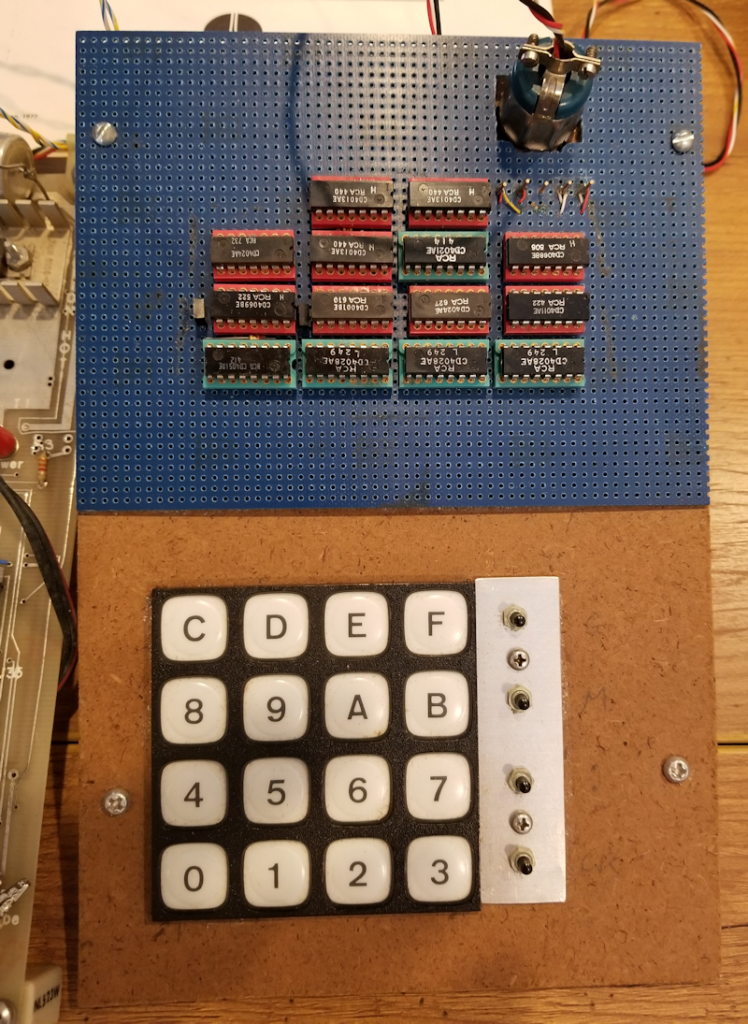 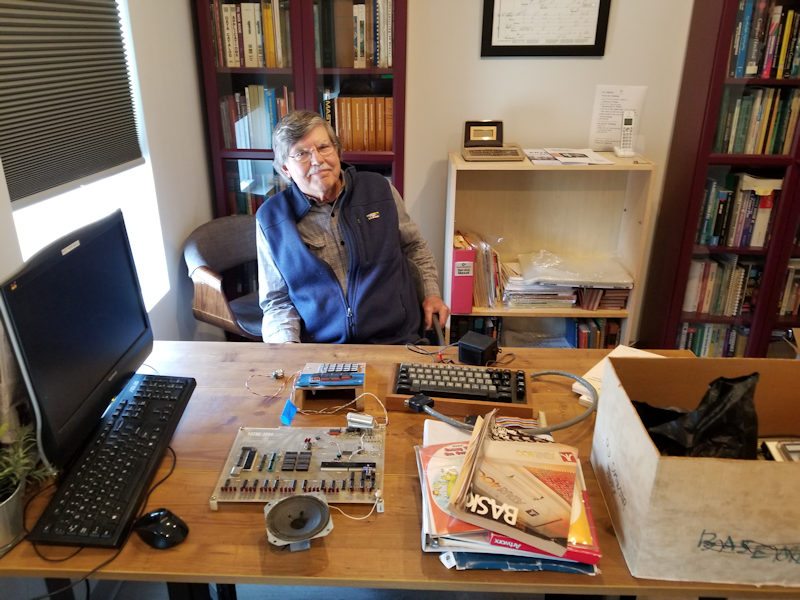 Roy Brade with his expanded Datac 1000