Original articles on the Beta appeared in 1984 in the popular-scientific magazine Kijk (which means ‘Look’ or ‘Watch’).
Design and articles by Steven Bolt, Pitronics. All rights reserved, this publication by permission of Mr Bolt. 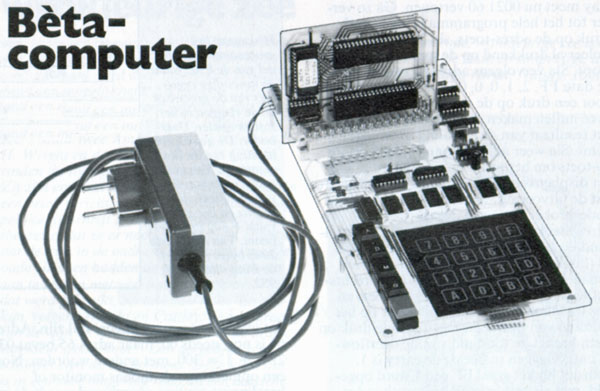 The Beta computer is a small but fully functional 6502 system. Ideal for controlling applications! The base, called ‘controller’, is a PCB with 6502 cpu, a 6532 RIOT and a 2716 EPROM. A really minimal 6502 system with lots of I/O and a minimal IC count. This standard controller is meant to be inserted in a PCB called ‘terminal’ on which specific hardware can be placed, depending on the application.

Two ‘terminals’ have been described in the original articles, one acting as a development system, with KIM-1 like seven segment LED display, hex keyboard and an EPROM programmer. The second ‘terminal is a smaller board with a relay to switch a load and temperature sensor and also a keyboard and LED display. Besides the original articles, scanned and in dutch, the most relevant information of this system is shown in english, including source of the monitor.
Downloads:

Here you can see the Beta computer put to work. Controlling a robot arm is a job a 6502 based machine like the Beta can do very well. 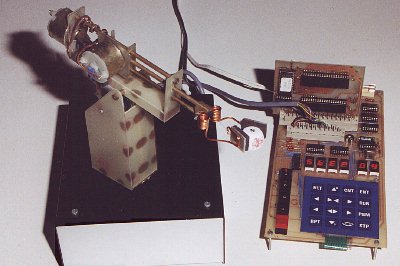 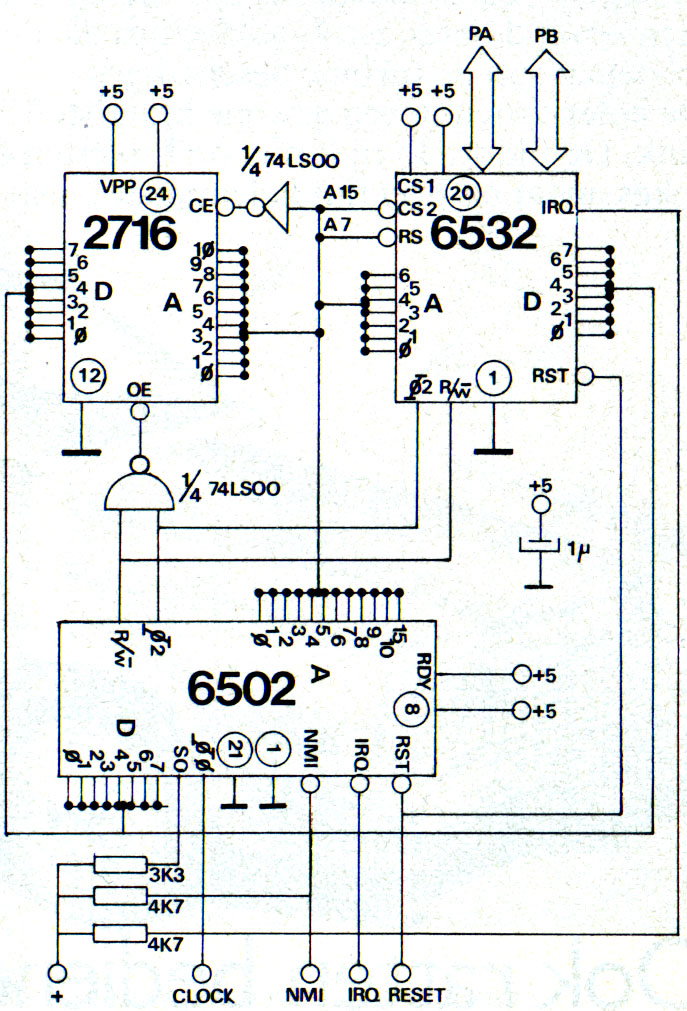 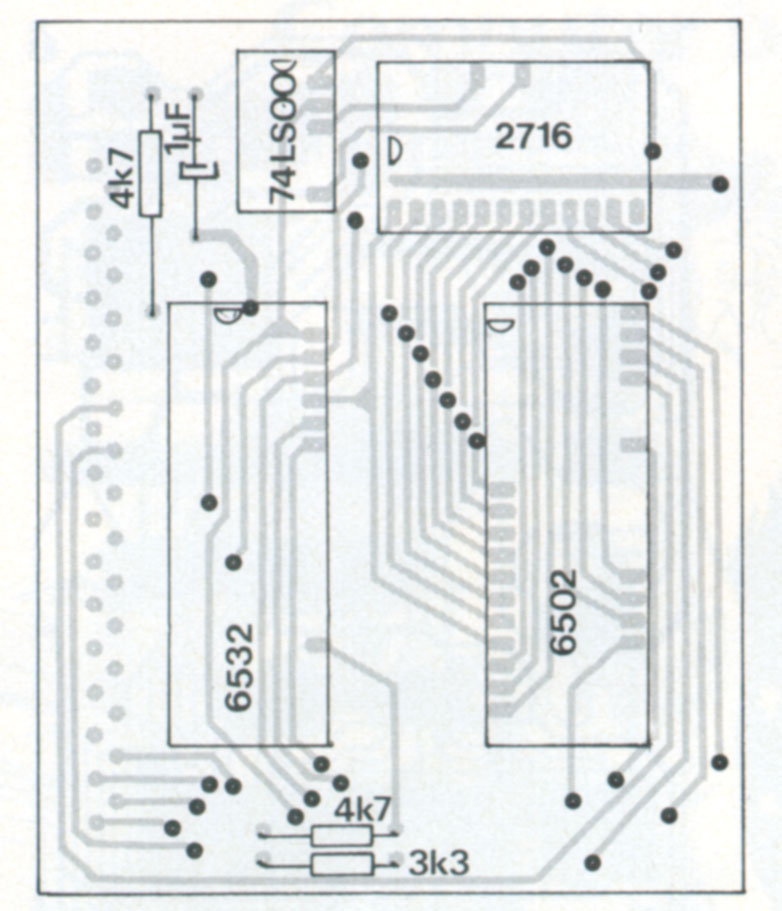 As you can see, a minimal system. To make it as universal as possible this controller needs an external clock, a Reset circuit and a power supply to start.

After resetting the Beta with the Reset key and pressing G the Beta monitor is atarted. With the A and D keys (with LEDs showing the current A or D choice) and the hexadecimal keyboard, addresss and data can be selected and dsiplayed and data stored. With the G(o) key a program at the selected address is started. 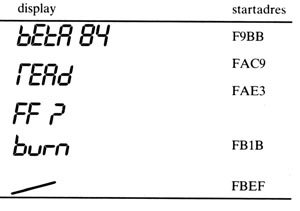 Source and binary of the Beta monitor:  Beta Monitor, source, and binary 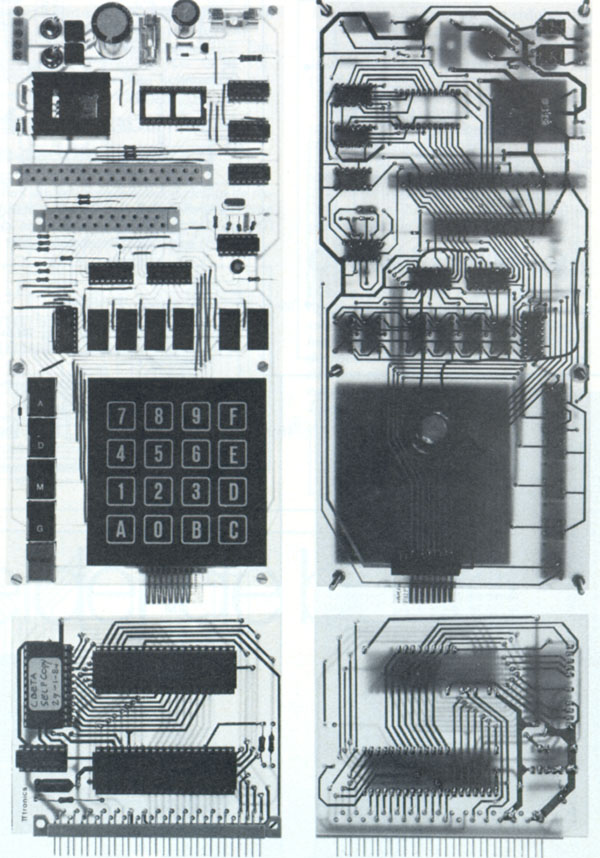 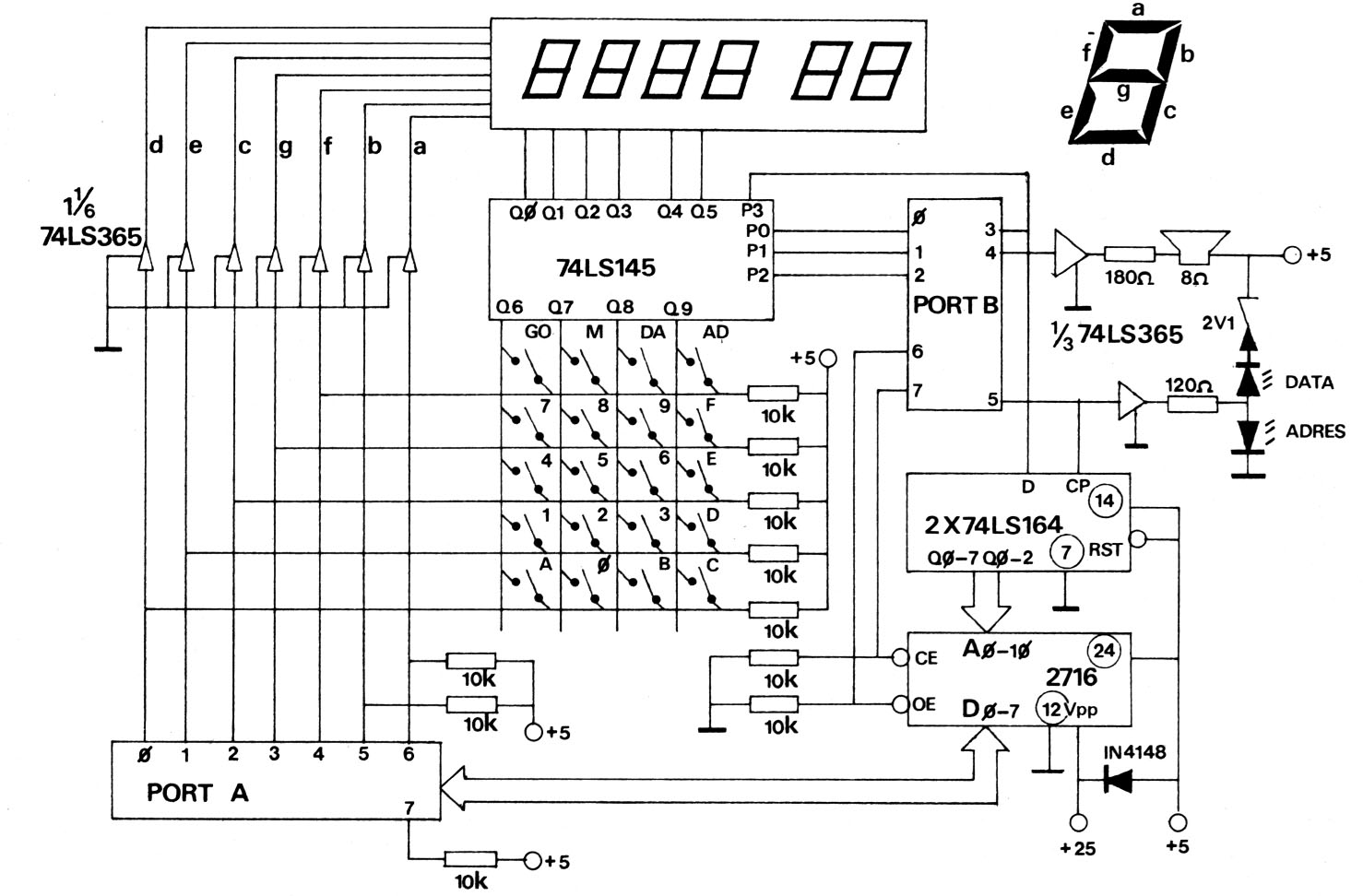 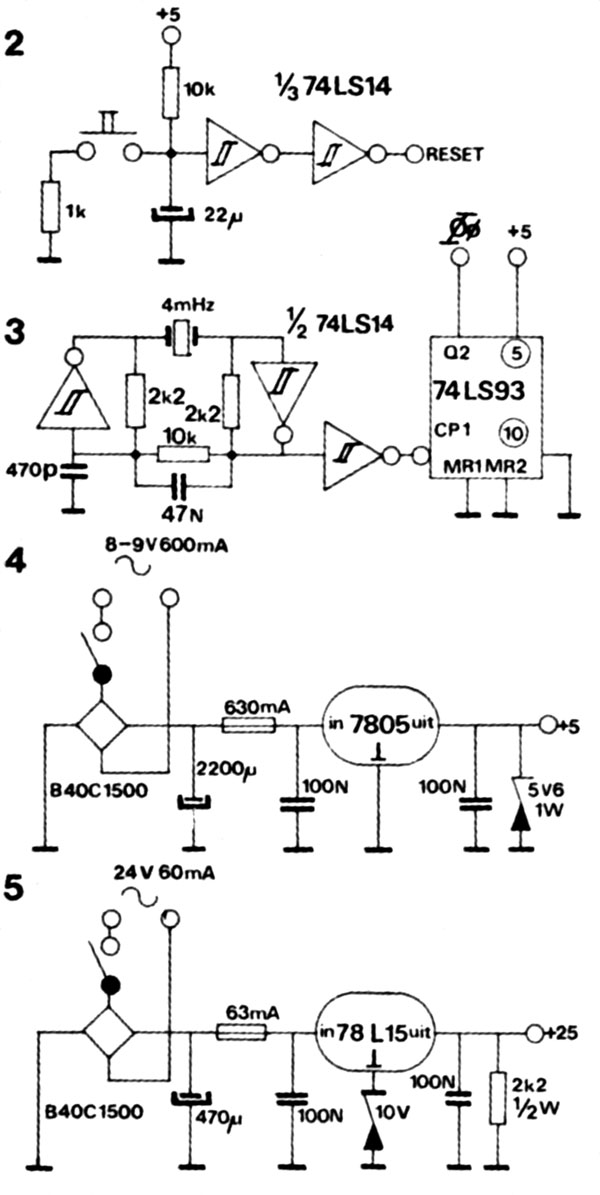 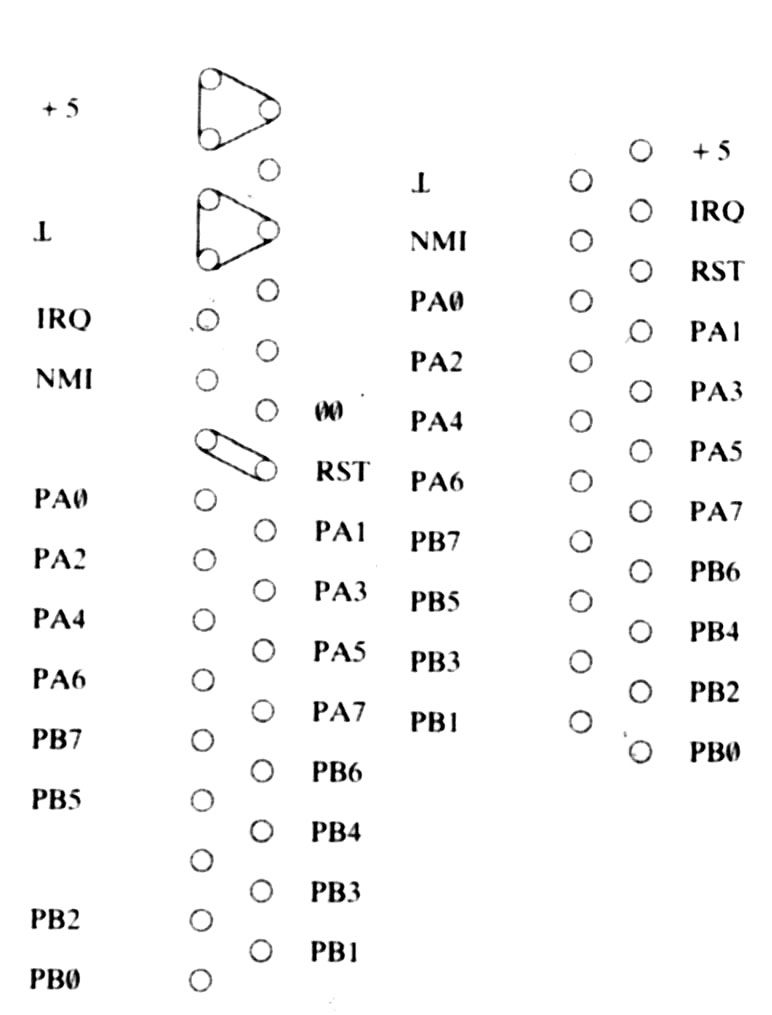 This variant of the terminal shows how the Beta controller can be used to measure temperature and switch a device like a central heating system.
The difference with the development system are no EPROM programmer, a temperature controlled oscillator connected to PA7 and a relay. Also no crystal based clock, and a 50 HZ line frquency based interrupt at the NMI input. 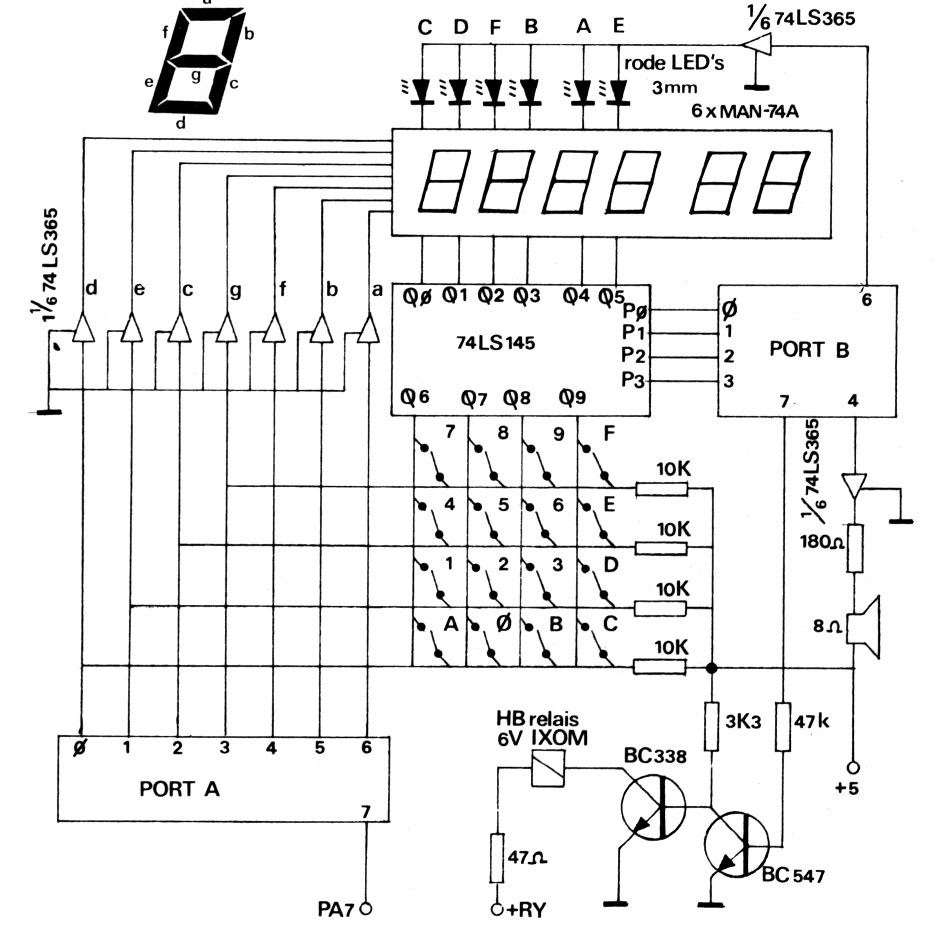 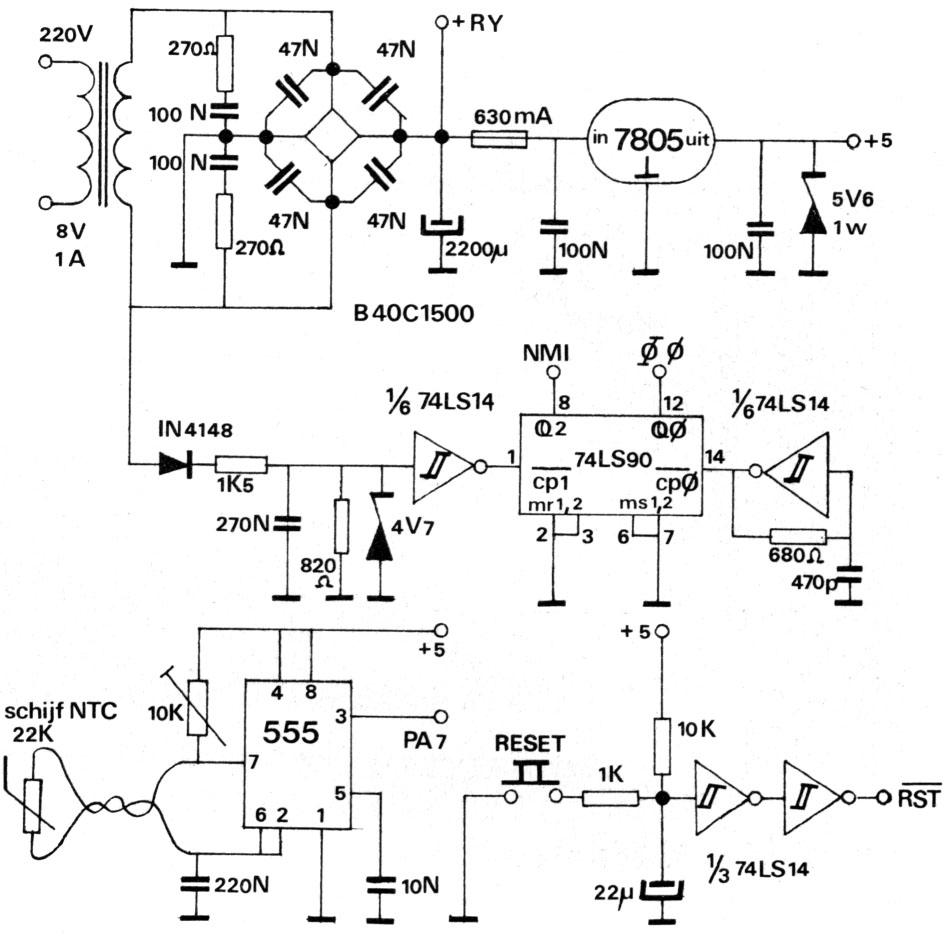 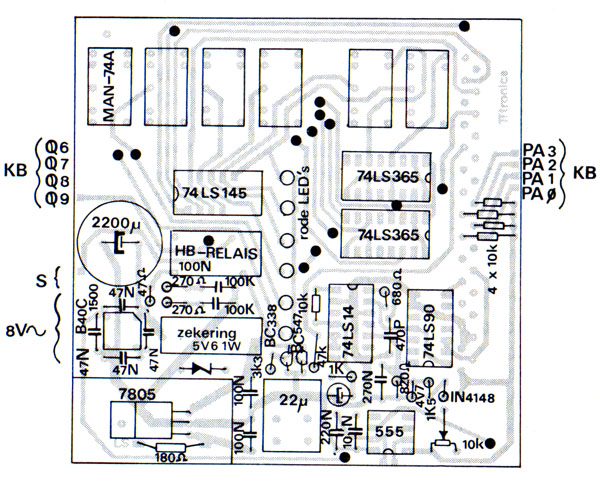