In 1981 and 1982 the magazine Elektor (Elektuur) published a small 6502 system. Small since it only contained a 6502, a 6532 RRIOT and a 2716 2K EPROM and some logic IC’s and powersupply, all on a small PCB.
Several applications around this baord were publsihed, like a DCF77 clock, a general purpose clock, and a darkroom computer. Also a talking clock baord, around the speech IC UAA1003 was published.

Recently I obtained a DCF77 talking clock system, and I took it apart and cleaned it up to experiment with the boards, and I do not want to use the heavy lineair power circuits anymore. See the bottom of the page how it looked in the original form. 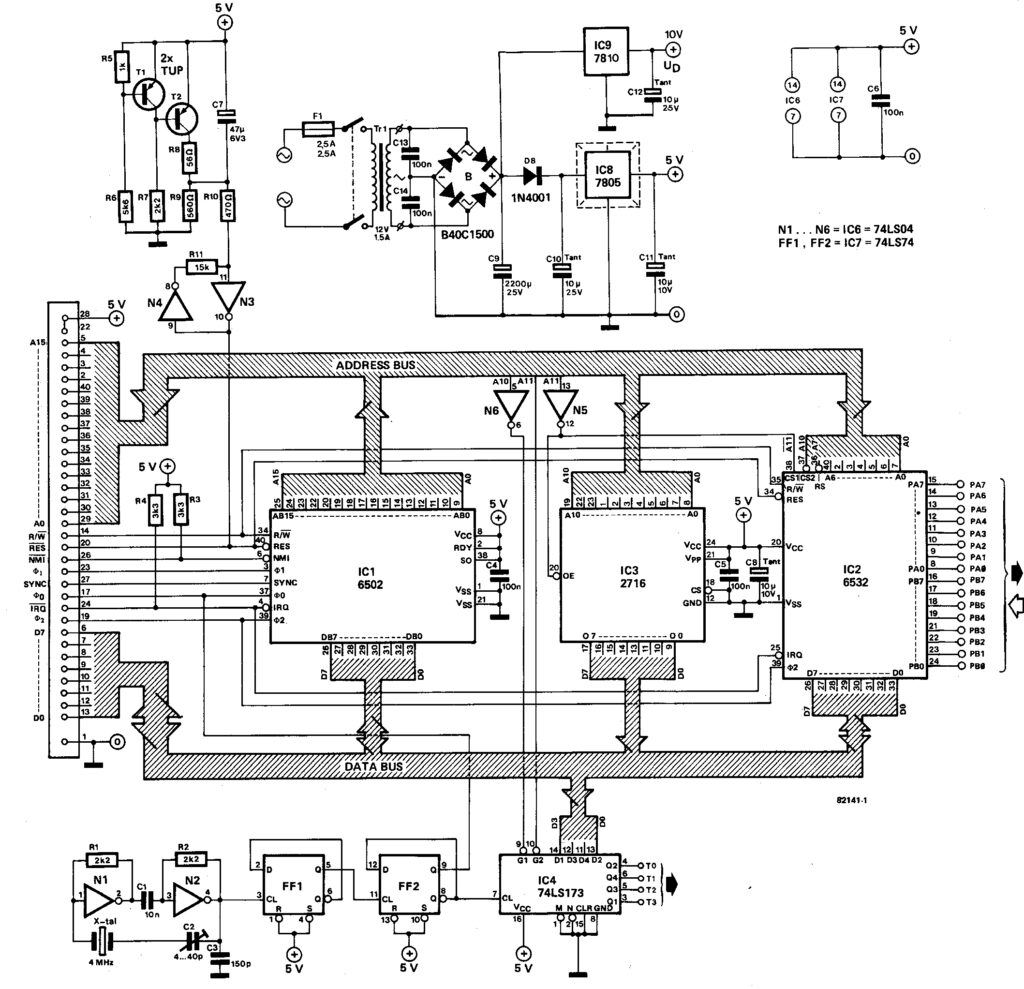 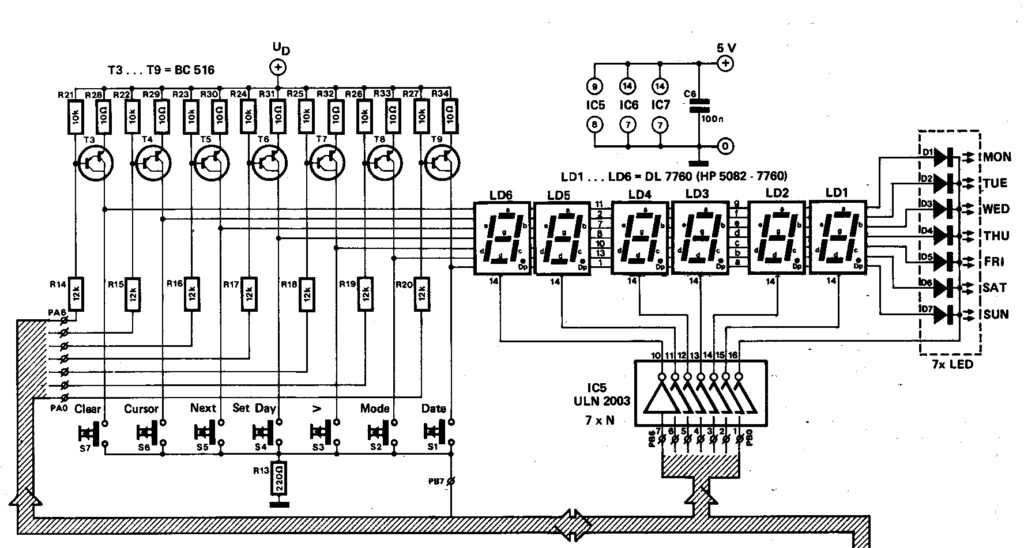 LEDs and keyboard of clock module 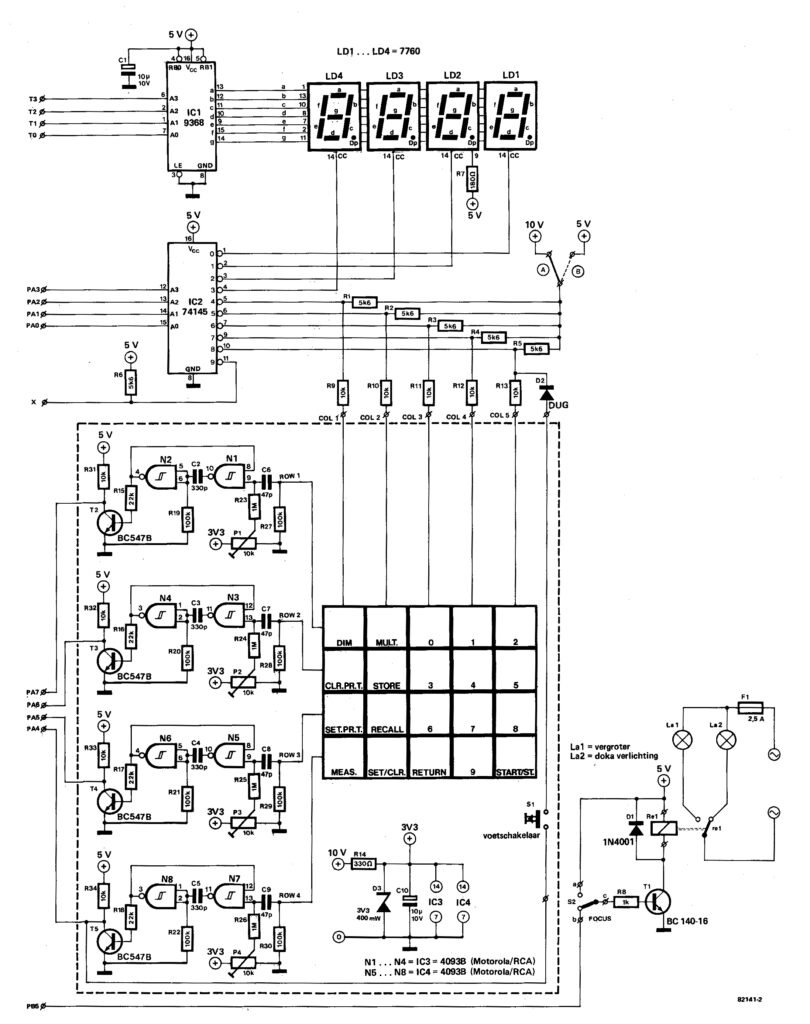 LEDs and keyboard of darkroom module 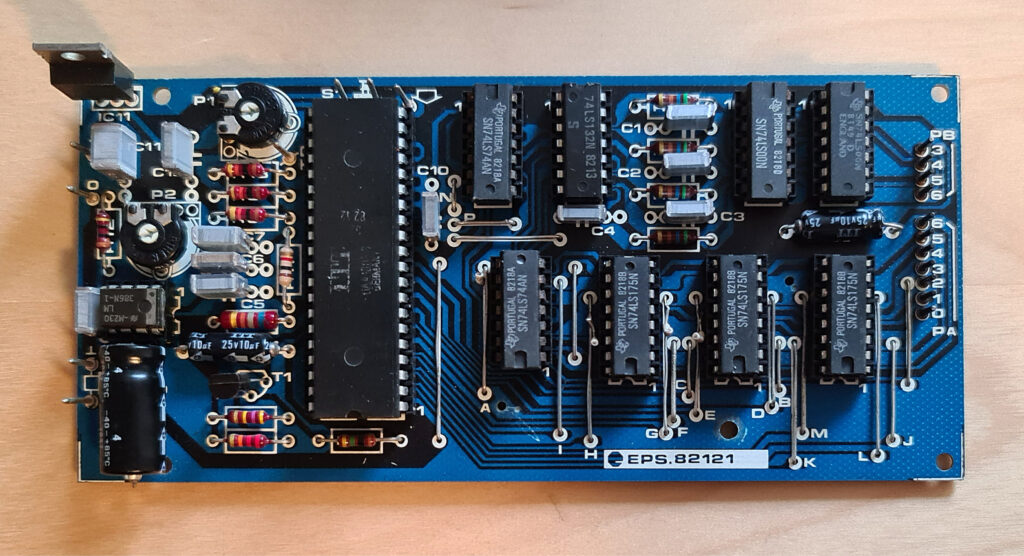 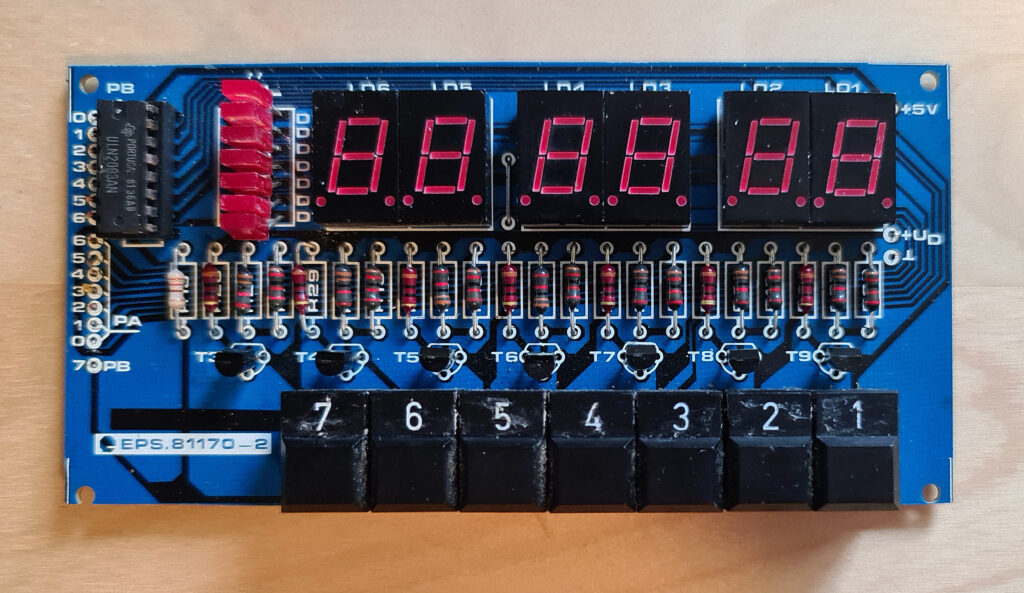 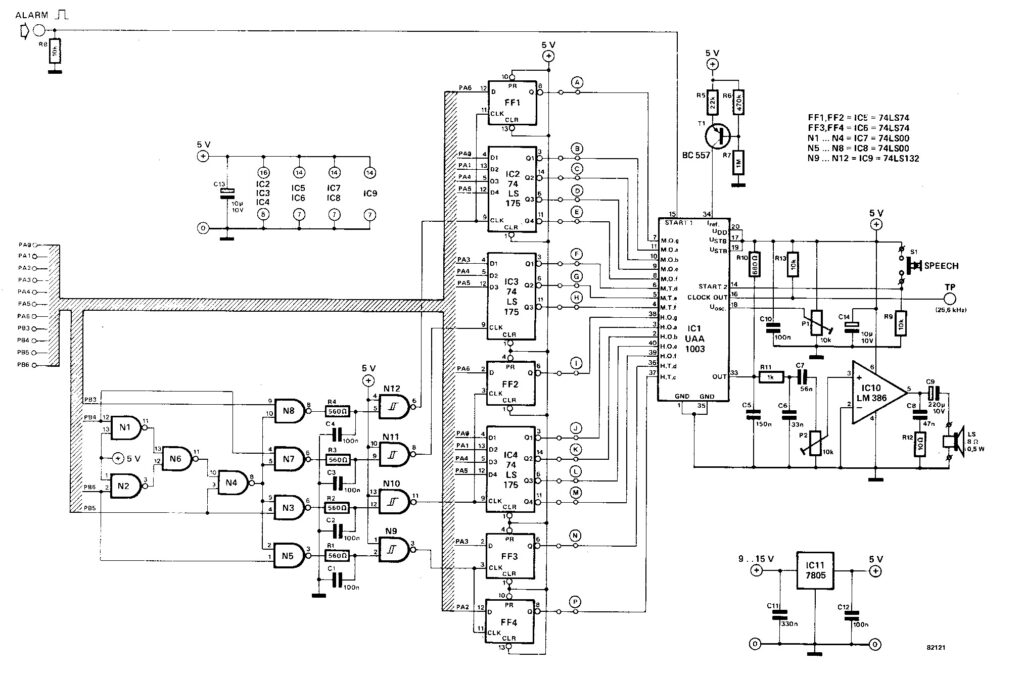 Memory map, only decoded up to A11, so everything is mirrored in the 64K memory space in 4K blocks.

Elektuur/Elektor published the articles around this 6502 system in 1981 and 1982. Not all were published everywhere. The DCF77 clock was not published for example in the UK (and that makes sense, nor reception there from Frankfurt). Only in the Dutch articles, sources were published in addition to the hex dumps of the firmware.
Here the scanned articles 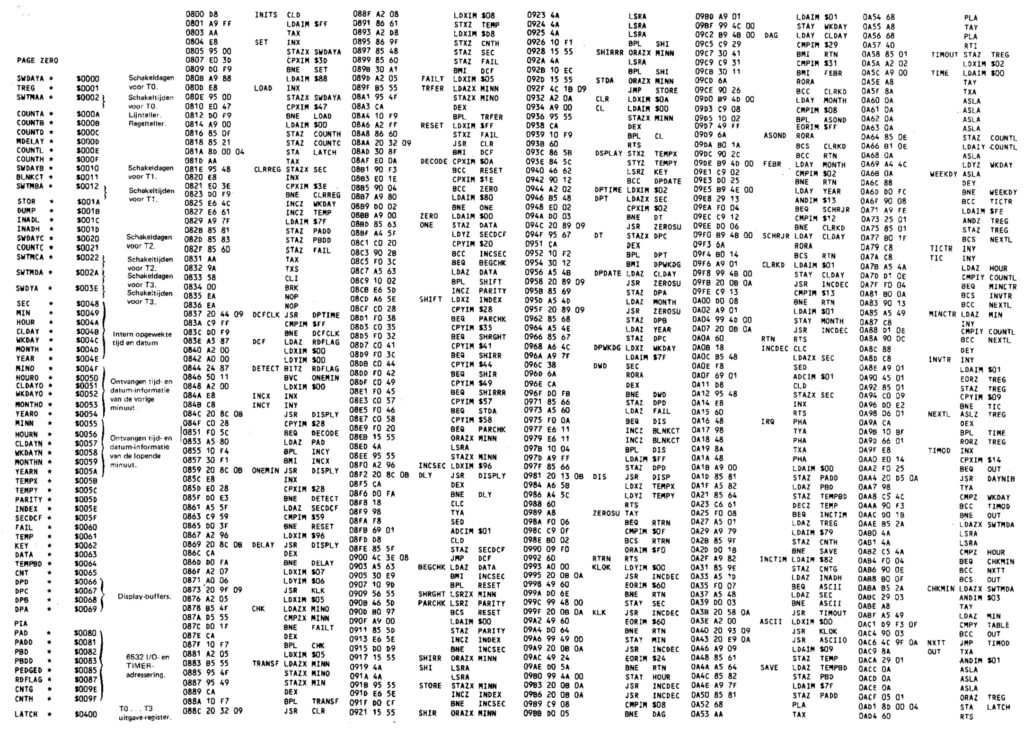 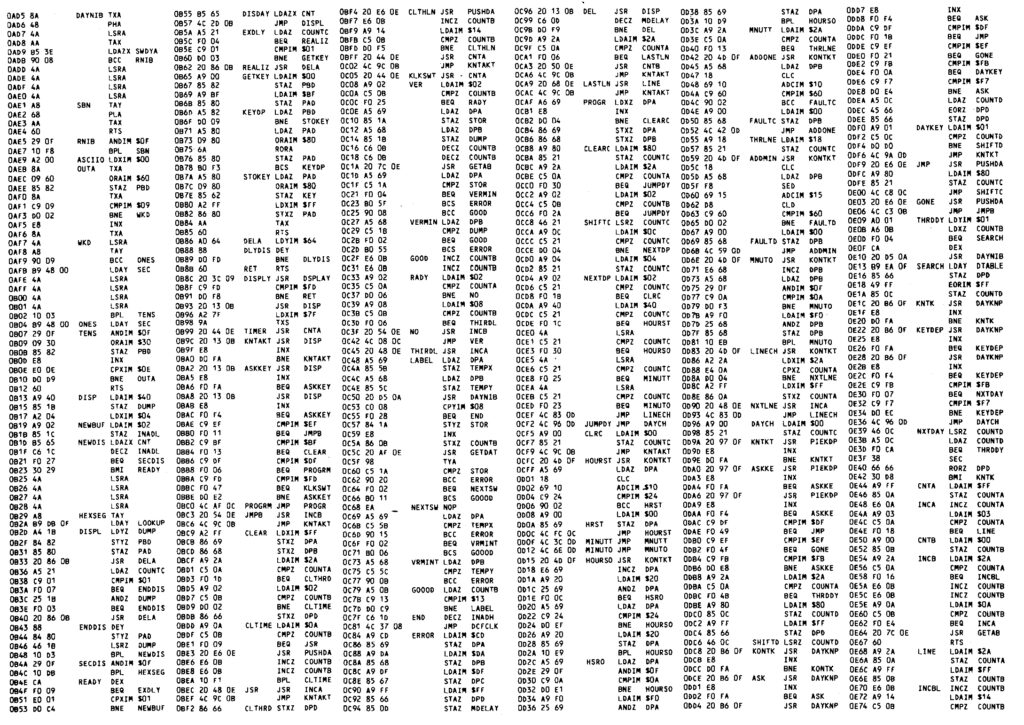 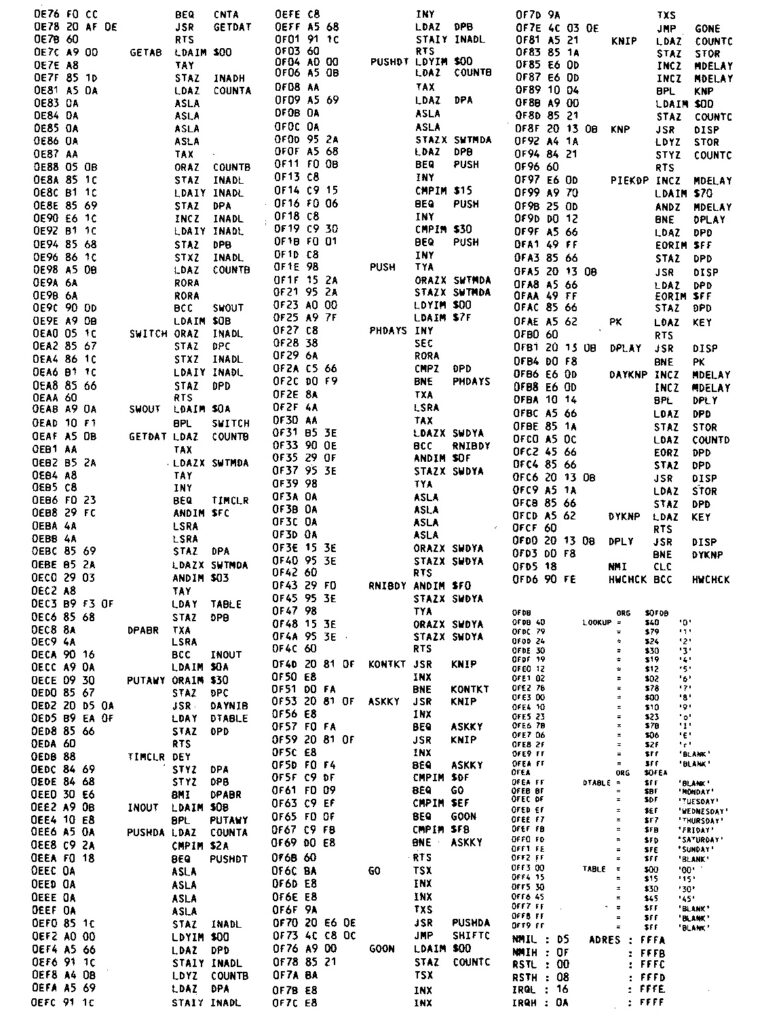 Listing of changes for alarmclock 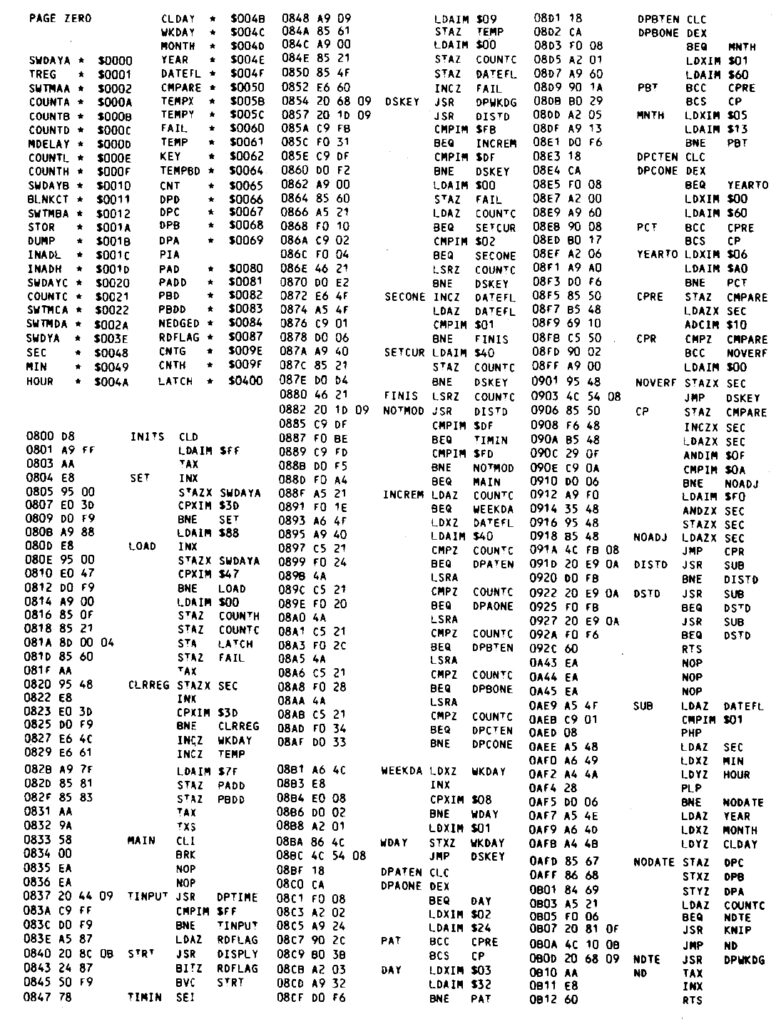 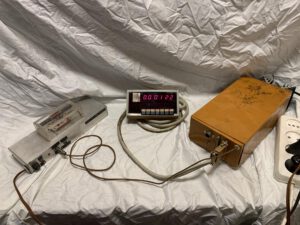 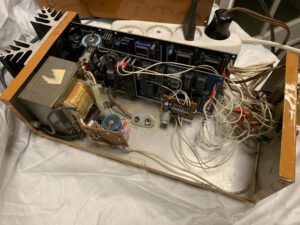 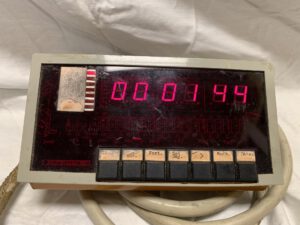