Ben Eater surprised us with his video hands-on series about a breadboard computer.

In many episodes, Ben showed how to build a very simple 6502 computer. Well explained, well executed. The result is a working computer!
You can either source the parts yourself or buy a complete kit from Ben Eater, see his website.
Make sure you buy quality breadboards.

The design is simple, and looks a lot like the early simple SBC’s on this site, and perhaps Grant’s 8-chip (or 7-chip) 6502 computer on breadboard was part of the inspiration.

Ben does a fabulous series of YouTube videos about wiring together this 6502 breadboard computer.

It really is extremely interesting and educational. I strongly recommend you watch the video series and consider supporting Ben’s Patreon.

You can buy a kit from Ben. Ben has put a lot of work into making these educational videos — I suggest you support him and his future endeavours by buying his kits from him. 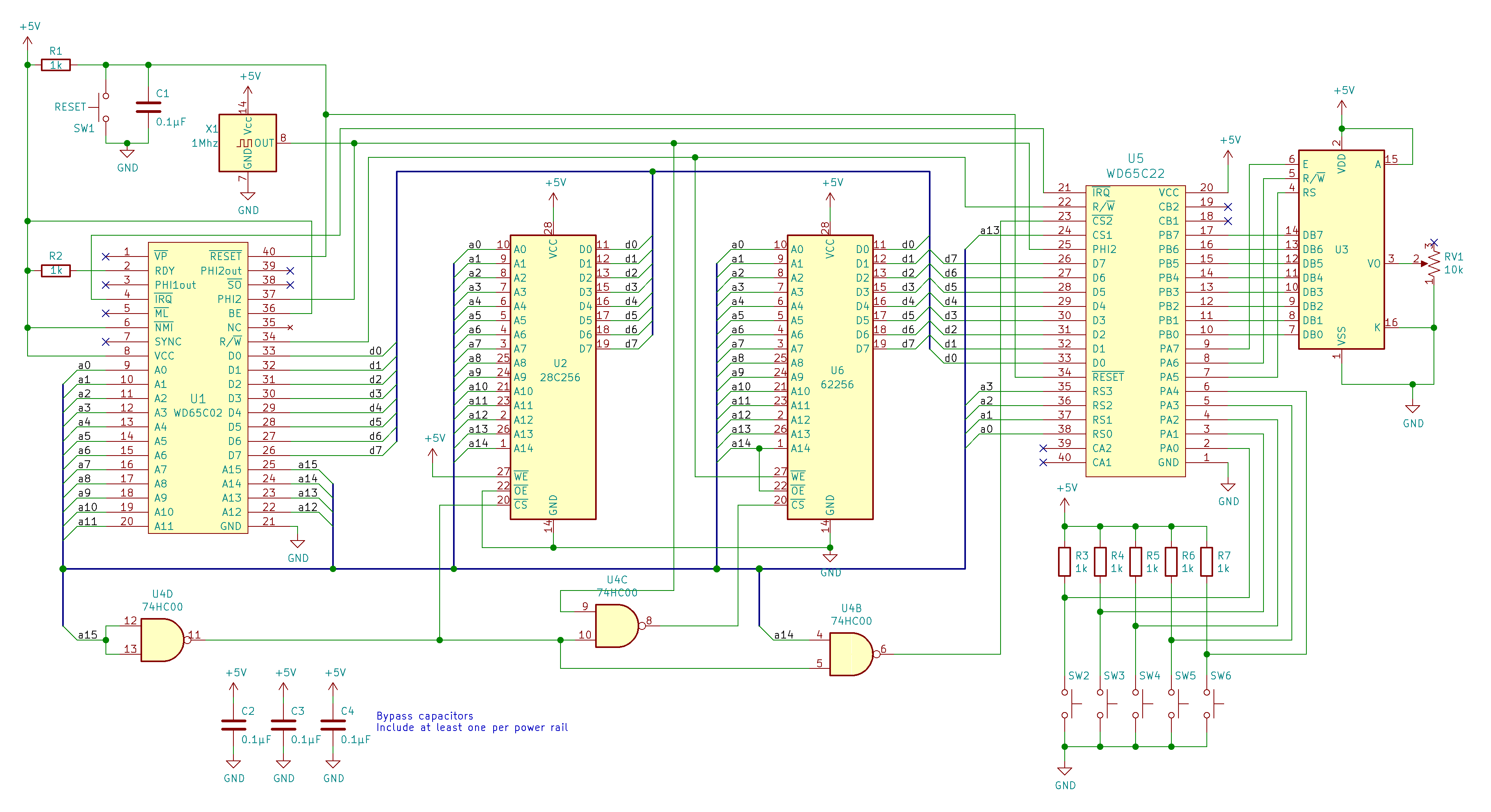 To play and have some fun: visit this web browser based emulator.
Now seeing him building this computer is a lot of fun, and many have done it. Do not pay attention to the grumpy old man at a certain 6502 related forum, the design and the build videos are fine and fit for beginners. It is a 1 MHz design, so no need for ultrafast logic IC’s.

Ben limits software to simple examples, like how to show characters on the LCD or receive a charater via a bitbanged serial interface.
Below I present several ways to have the computer build on a PCB and let it do something useful, first an EHBasic one , the second a Tiny Pascal/assembler. Both require hardware additions.

A breadboard computer is a nice start. Making it more permanent is a better solution once the experiments and modifications and additions are done and requires a PCB. And of the many appeared.

BenEaterPCB
First a simple and basic one. On the bolwire github page you find a nice designed PCB for the basic Ben Eater design. Nice features are the extra pins at 6502 and 65C22, which make testing easy. I have a PCB and plan to build the basic Ben Eater computer on it. 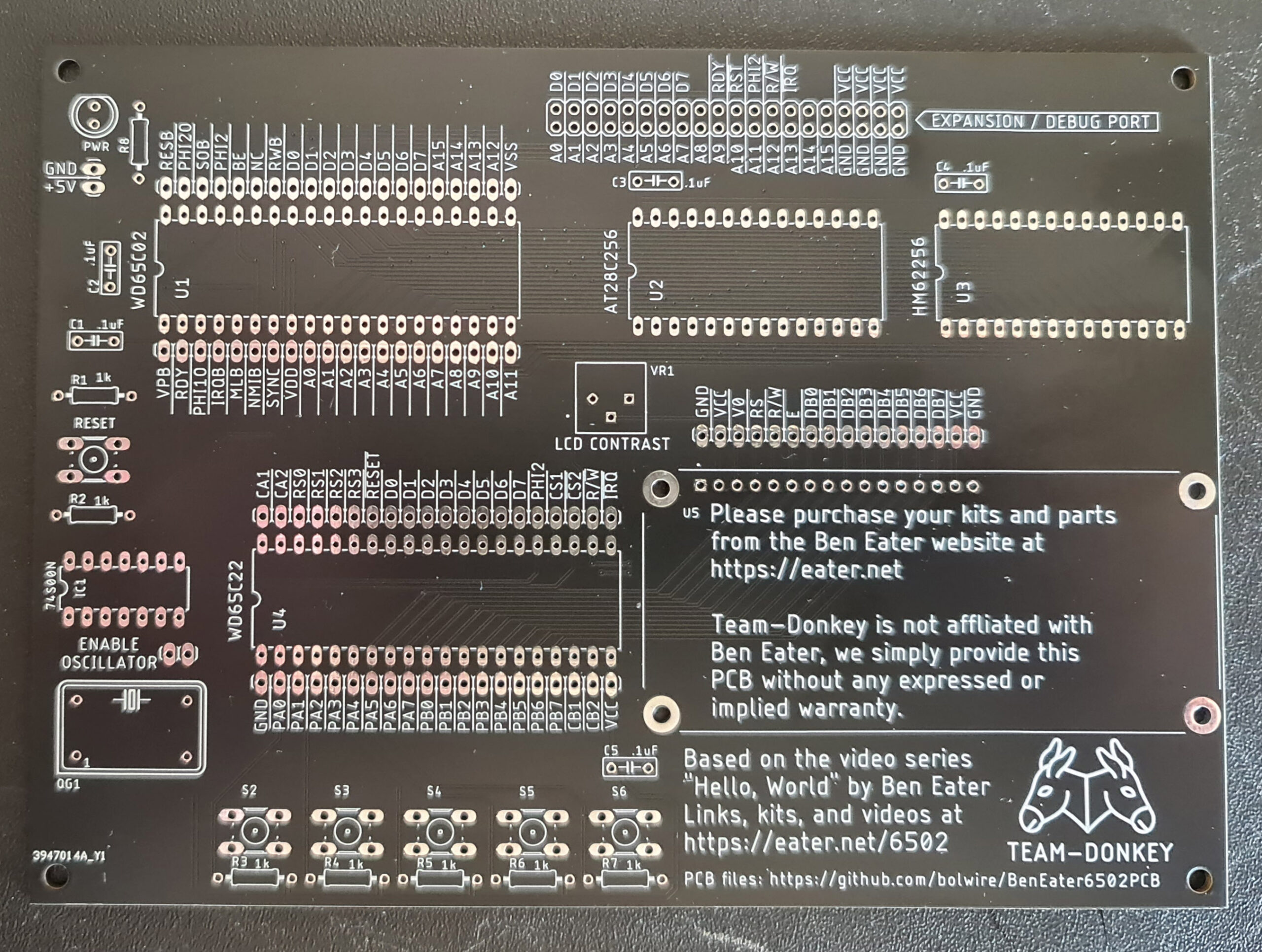 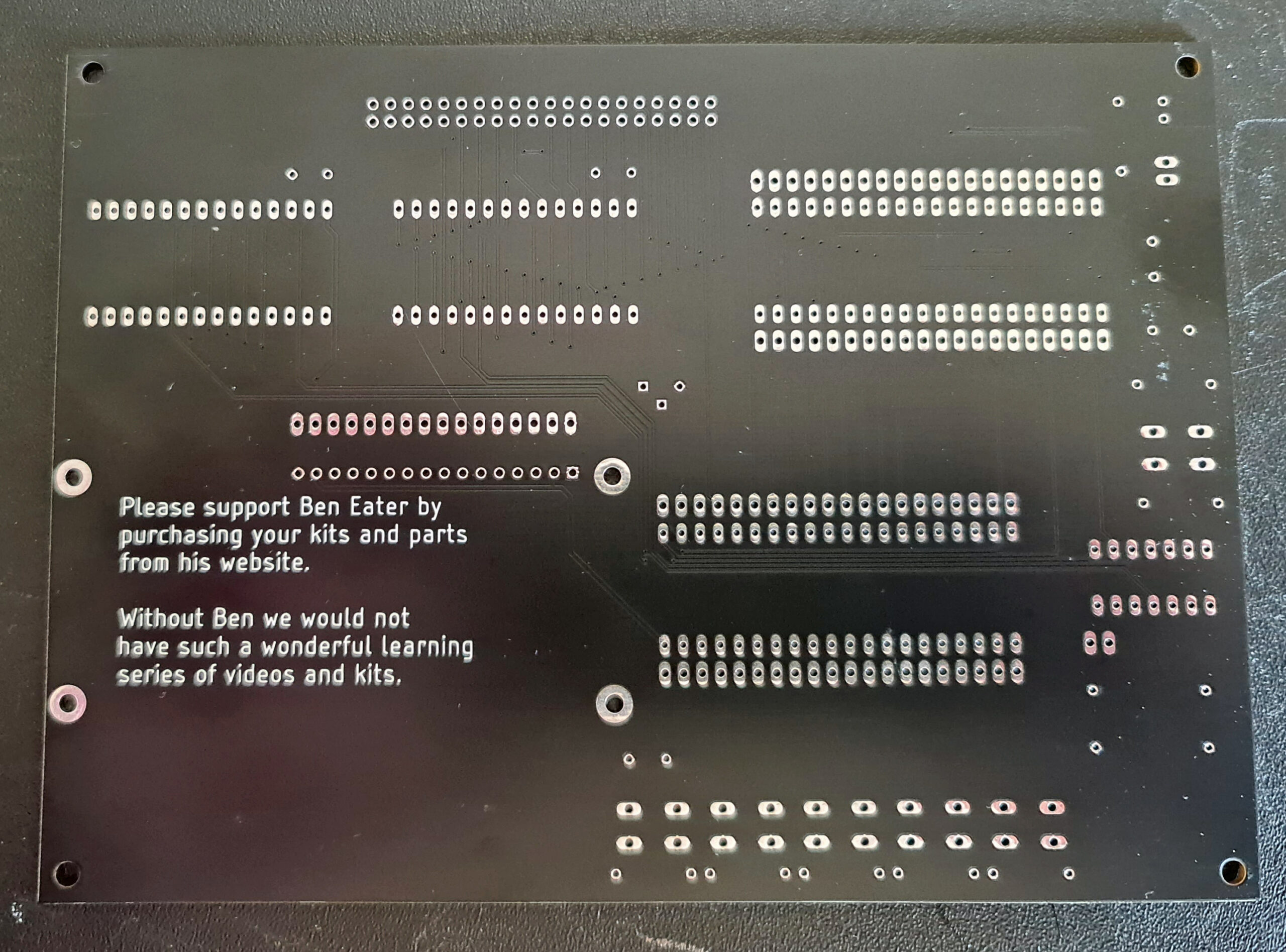 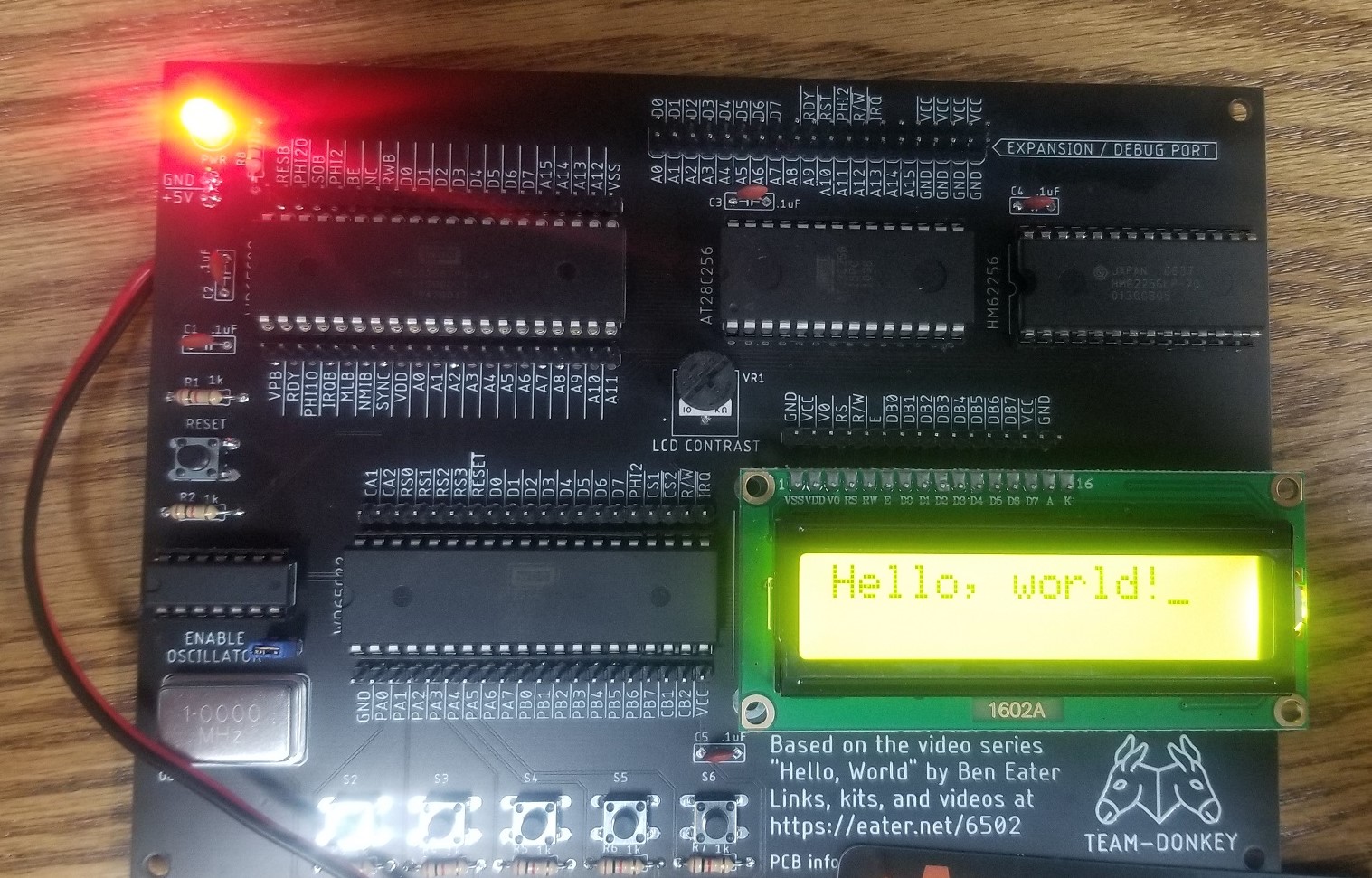 PCB and EHBasic by mike42

Mike42 has published many blog entries on the 6502 computer he build, starting with a standard Ben Eater design on breadboard.
He then moved to a PCB design, added address decding and added software like the EHBasic interpreter from Lee Davison.
See the blog posts for a well explained and detailed Kicad design and EHBasic adaptation, some posts linked here. He also published on github his PCB design and sources and ROM binaries.

Adding a serial port to my 6502 computer

(I would advise to not use the WD65C51, but an older 65(C)51, since the WD part has a serious bug, and the trick to work with it wastes many CPU sycles.

6502 computer – from breadboard to PCB

Upgrades and improvements to my 6502 computer

Nick took the G-Pascal compiler for C64 and Apple II and enhanced it with assembler and line editor for the Ben Eater 6502 board.
To make the software fit in to the 32K ROM he made some hardware enhancements. 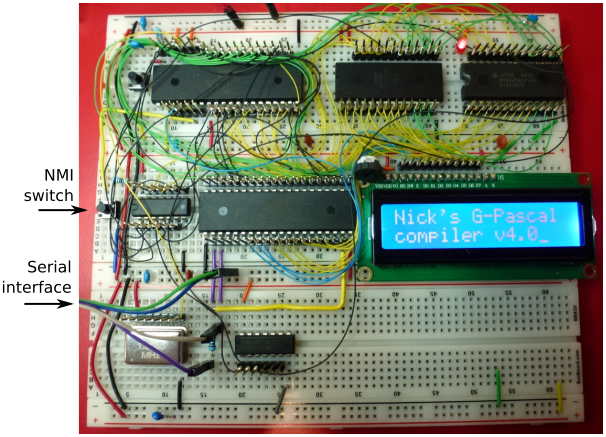 Github with all software and documentation

Both the Pascal compiler and assembler are quite fast. Any program that will fit into memory will compile in a few seconds. For example, using a 1 MHz clock: