AIM 65 was Rockwells SBC in the tradiotion of KIM-1 and VIM/SYM-1, sharing the Applicatioonand Expansion connector designs, so add-ons could be used on all three. The Keypad/LED was replaced with a full keybaord and 20 character display, making it more a desktop computer than a SBC.

The Rockwell AIM-65 computer was a development computer introduced in 1978 based on the MOS Technology 6502 microprocessor. Available software included a line-oriented machine code monitor, BASIC interpreter, assembler, Pascal, PL/65, and FORTH development system. Later developments were the AIM 65/40 (40 character display, memory banks) and the RM 65 card based development system. After 1984 Rockwell stopoped with the AIM 65 and RM 65 product lines.

Rockwell produced the AIM 65 until 1985, and manufactured by Dynatem under license in early 1986 after Rockwell had ceased production. Though the Revision 4 AIM 65 is quite similar to earlier iterations, the subsequent Revision 5 hardware features a redesigned clock generator and support for newer RAM and ROM IC types which became available over the production lifespan of the AIM 65. Relative to Rockwell-manufactured examples, the Dynatem AIM 65 is quite rare. See the Manuals and Software page for circuit diagrams revisions.

See the articles on the MC-65, a AIM 65 compatible system by the german magazine MC Die Microcomputer-zeitschrift 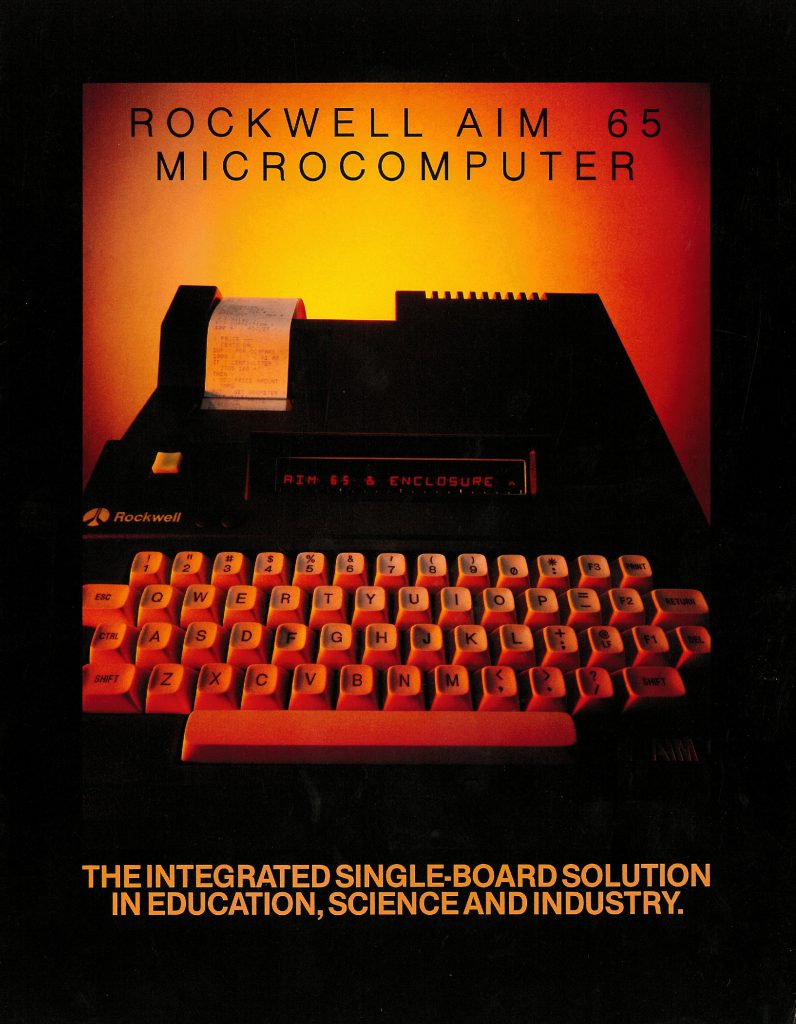 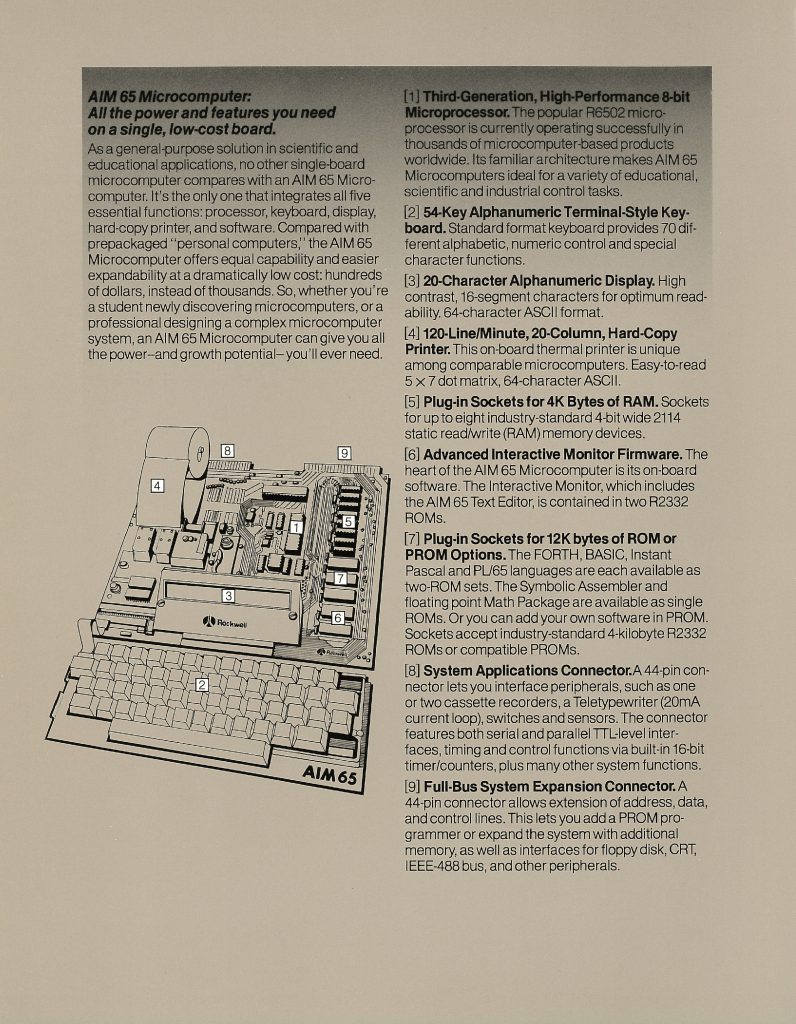 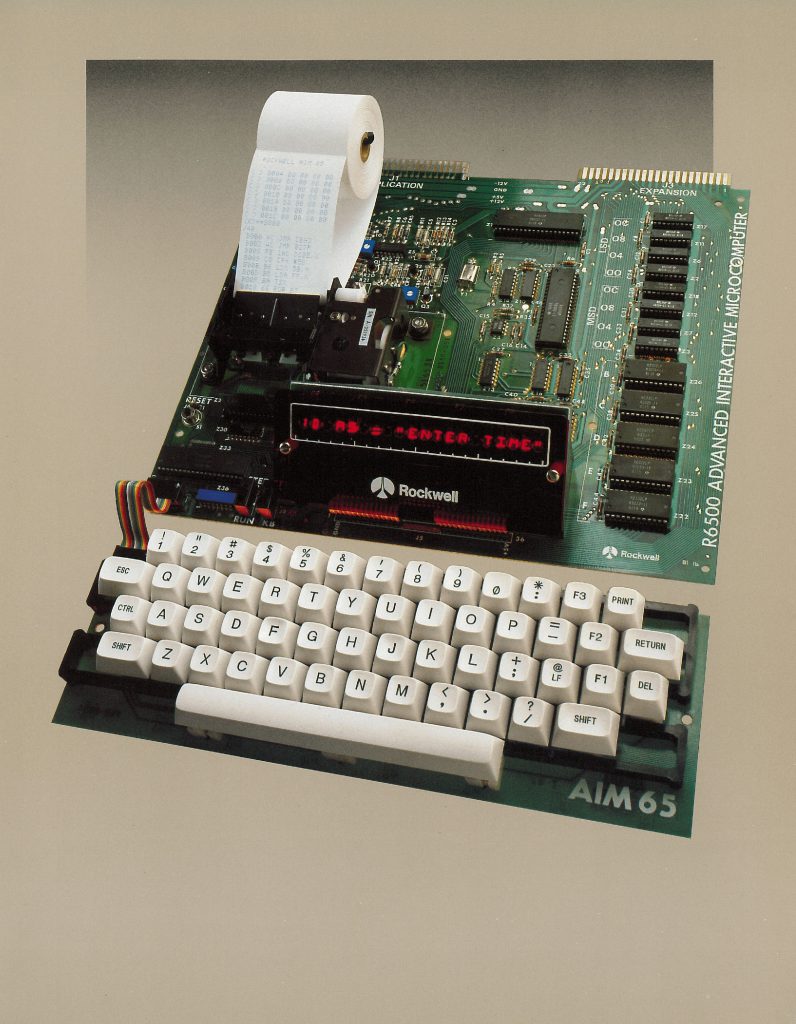 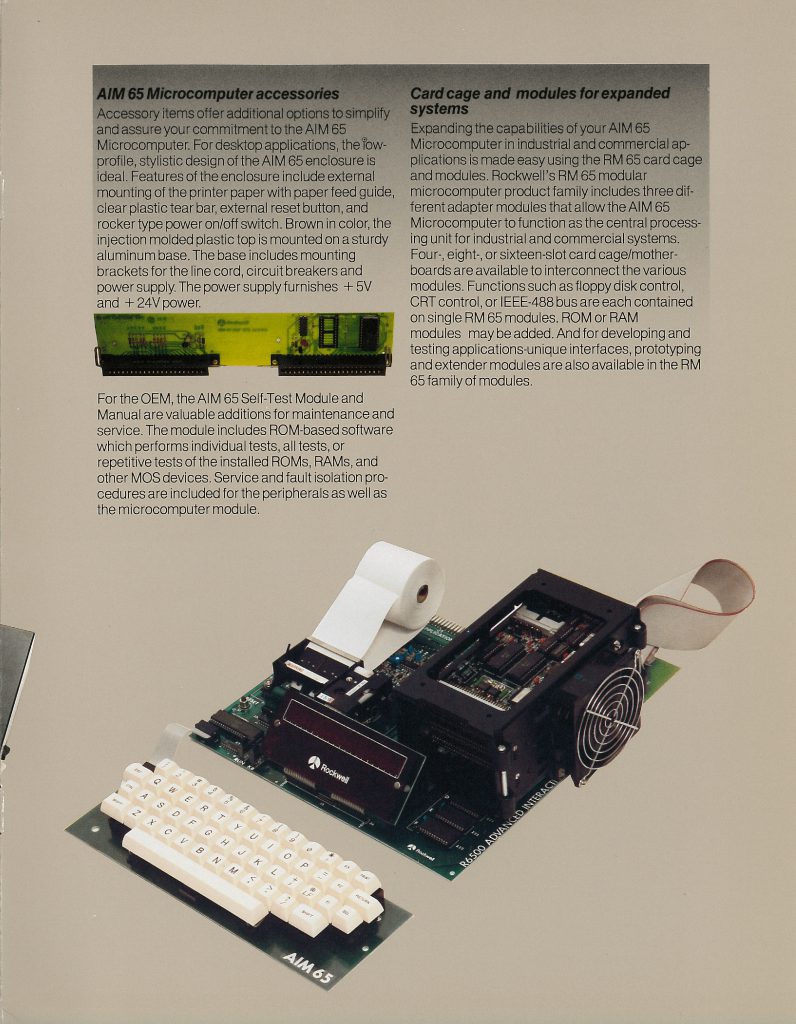 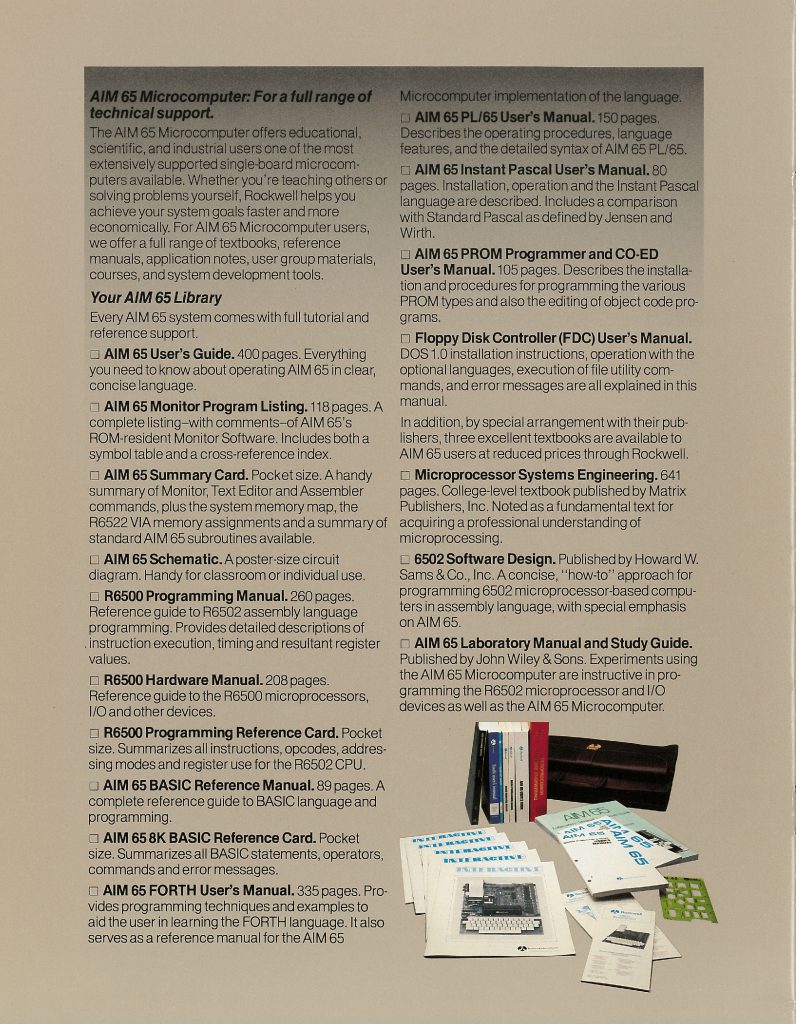 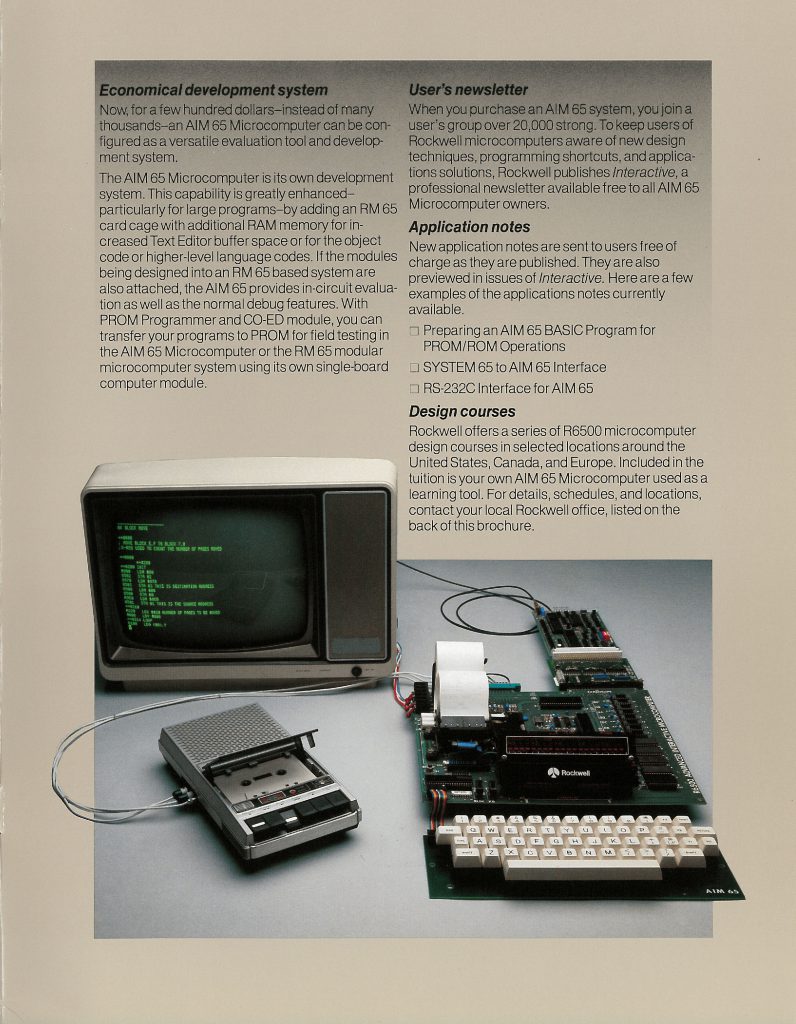 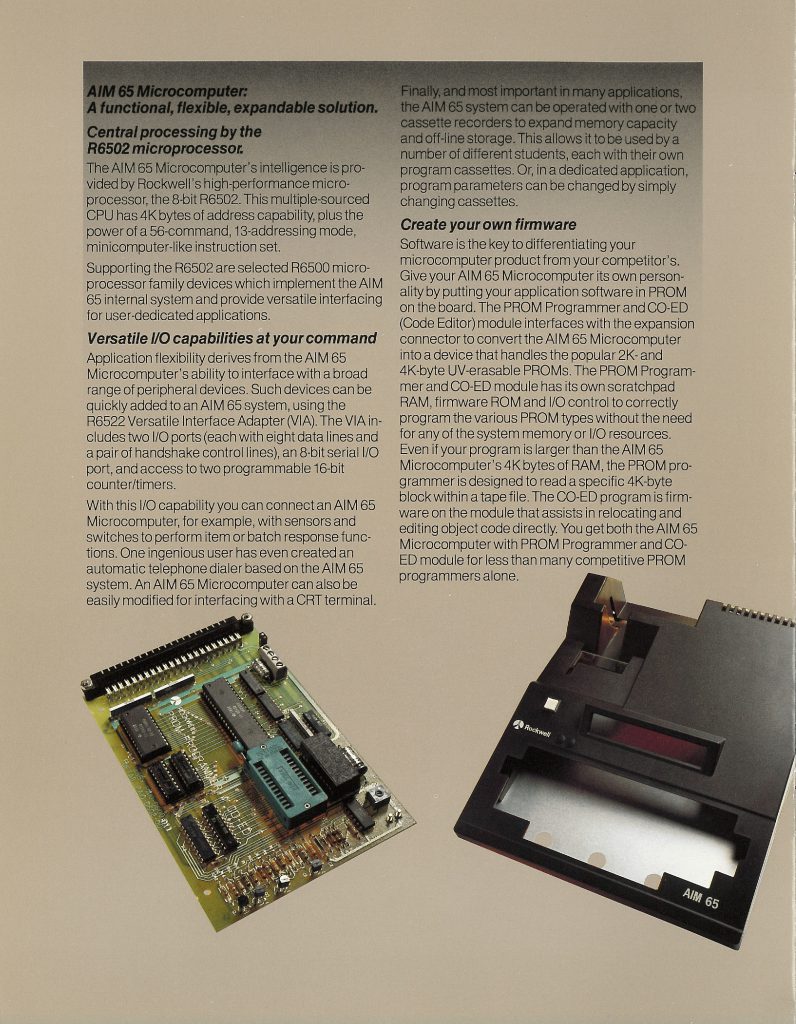 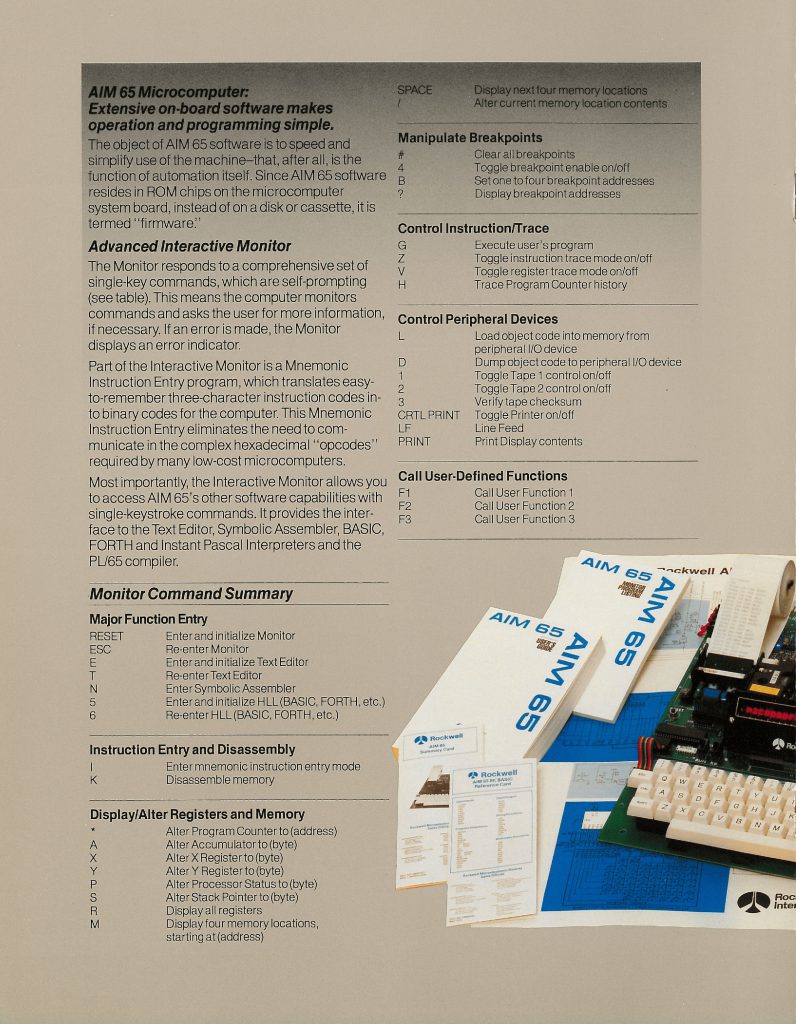 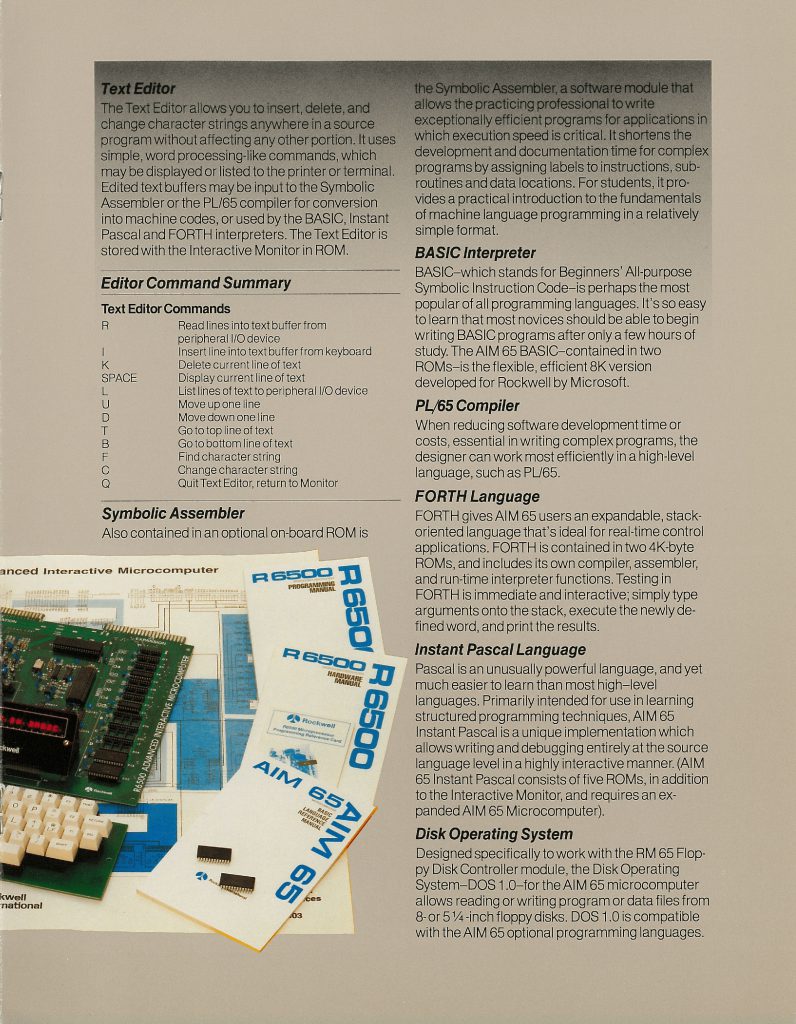