A Dutch company, producer of many 6502 and more industrial hardware, BEM was the name one of their product lines.

Gebroeders Bruyn, Vinkeveen. Small company, custom made electronics and standard microprocessor boards and systems aimed at industry and hobbyist.
During my years with Radio Bulletin we often worked with Brutech, and I visisted their office/manufacturing plant in Vinkeveen several times. The BEM-bus became the standard bus for expansion at Radio Bulletin after the first BEM-1 card was connected to the KIM-1 by Dick de Boer. Brutech specialized in the beginning on the KIM-1/VIM/SYM-1 expansion cards, later on they made their own CPU cards and besides the 6502 CPUs like the 6809 were available. 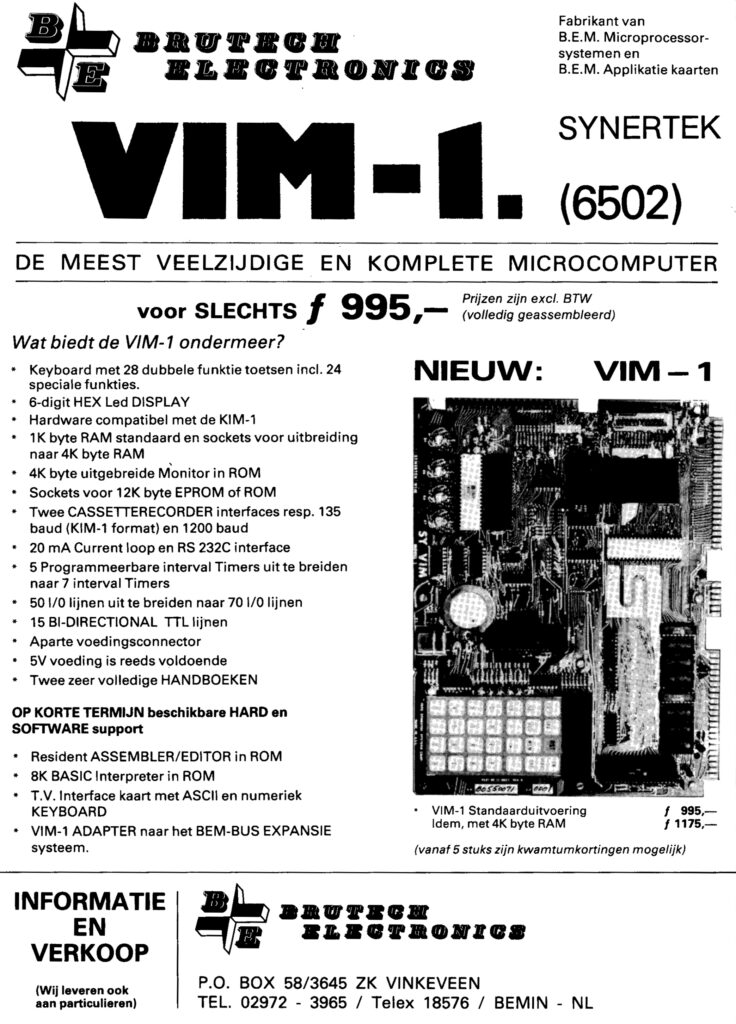 MAiS, a system for airtraffic control, developed around the BEM SBCD4 and a custom card. 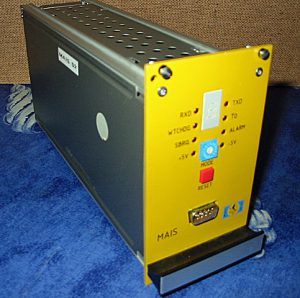 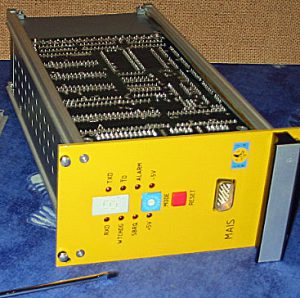 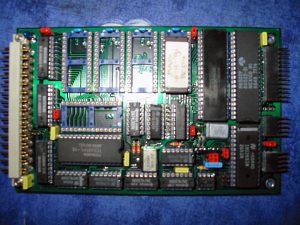 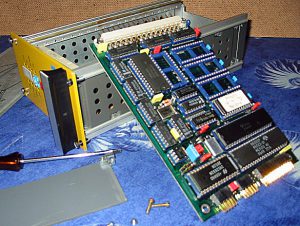 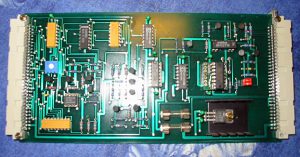 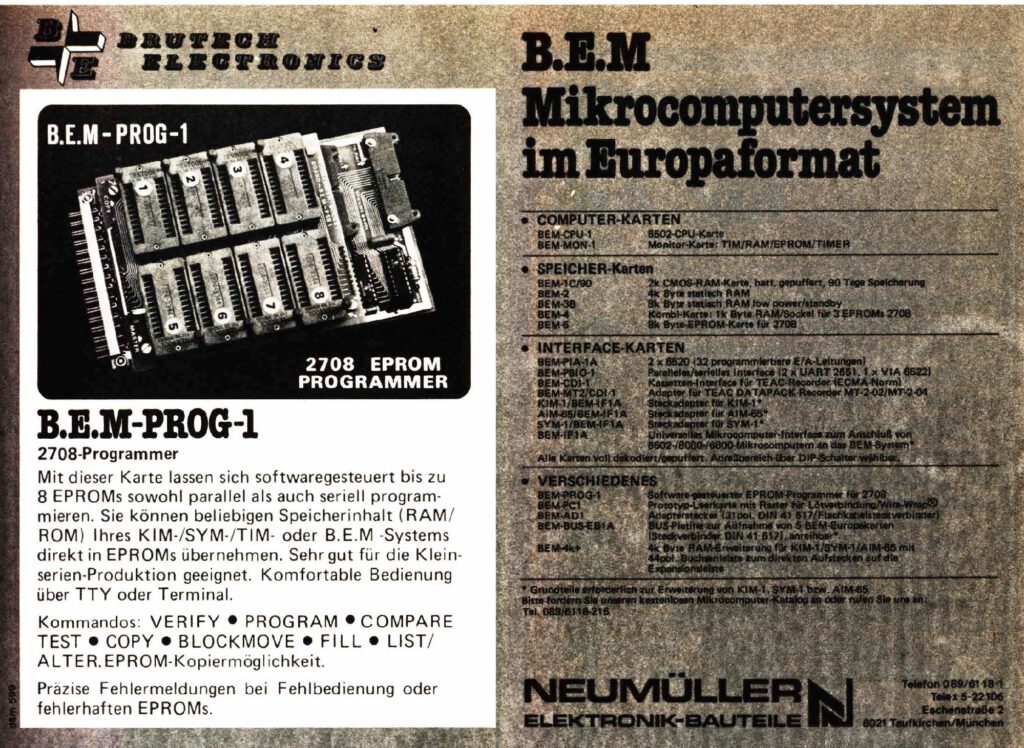 As editors of the magazine Radio Bulletin we had many conversations with them and wrote articles about their products.

For the KIM-1 and SYM-1 they had many products, some based on the so called BEM bus (DIN 31 pin connector), some as addons to the 22/44 edge connector of the KIM-1.
I stilll own this 4K RAM card: 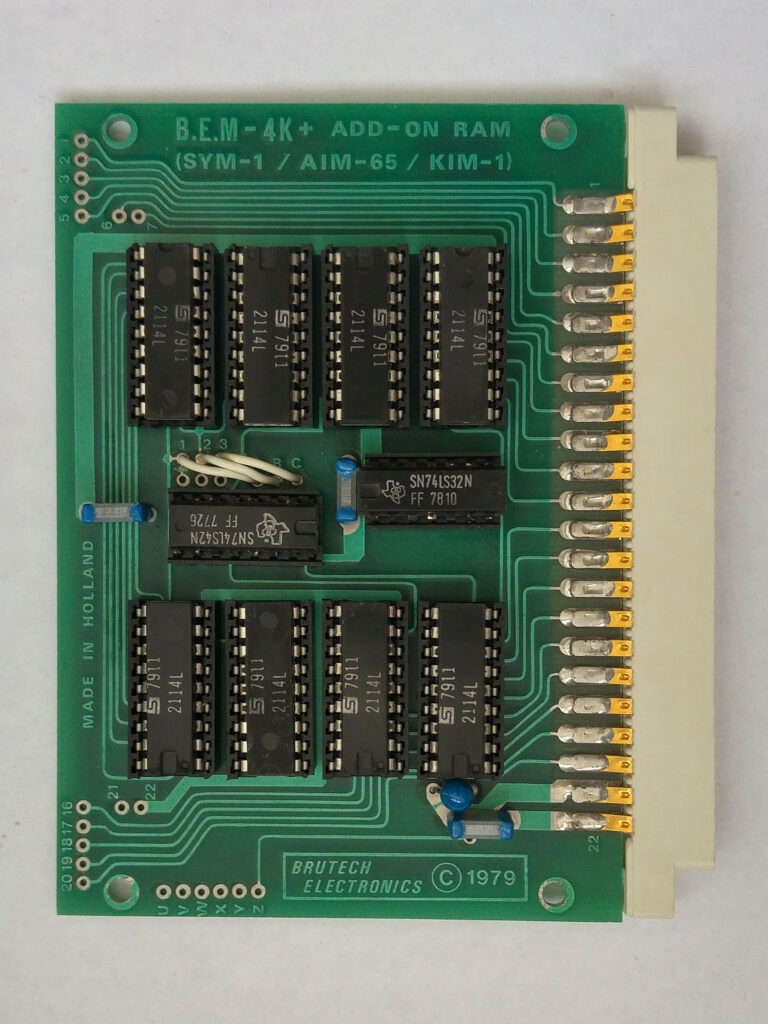 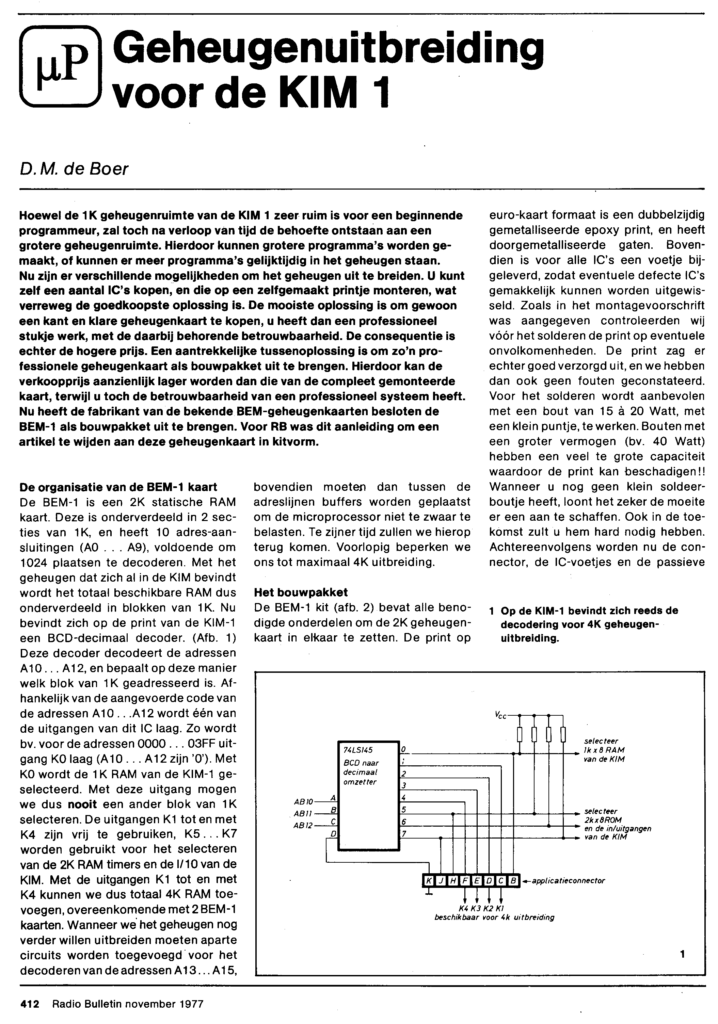 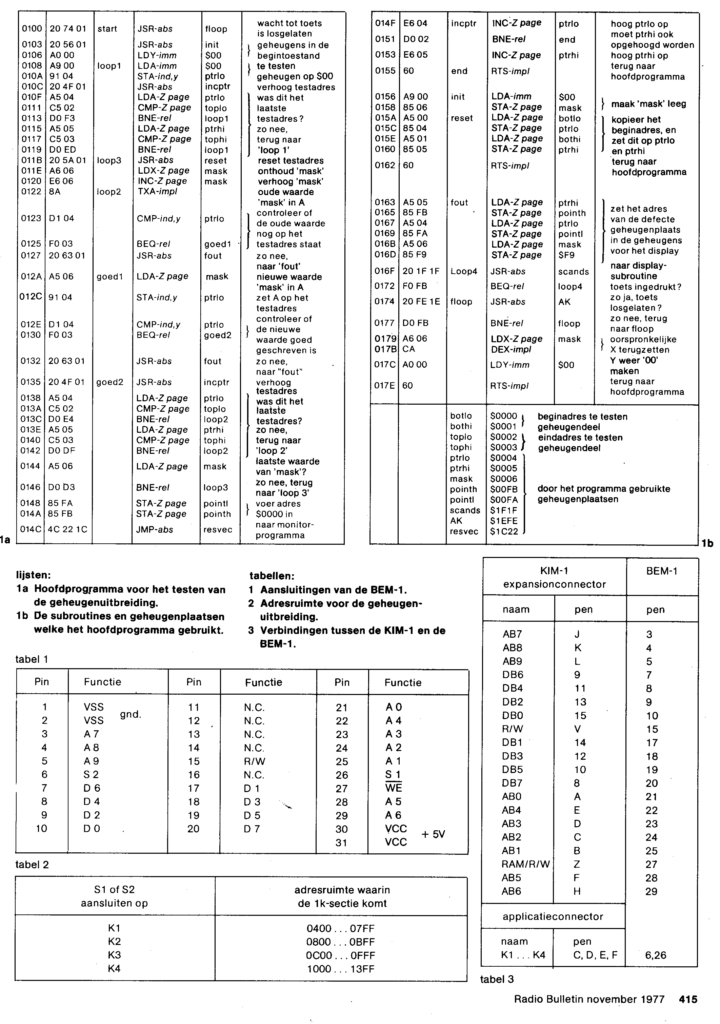 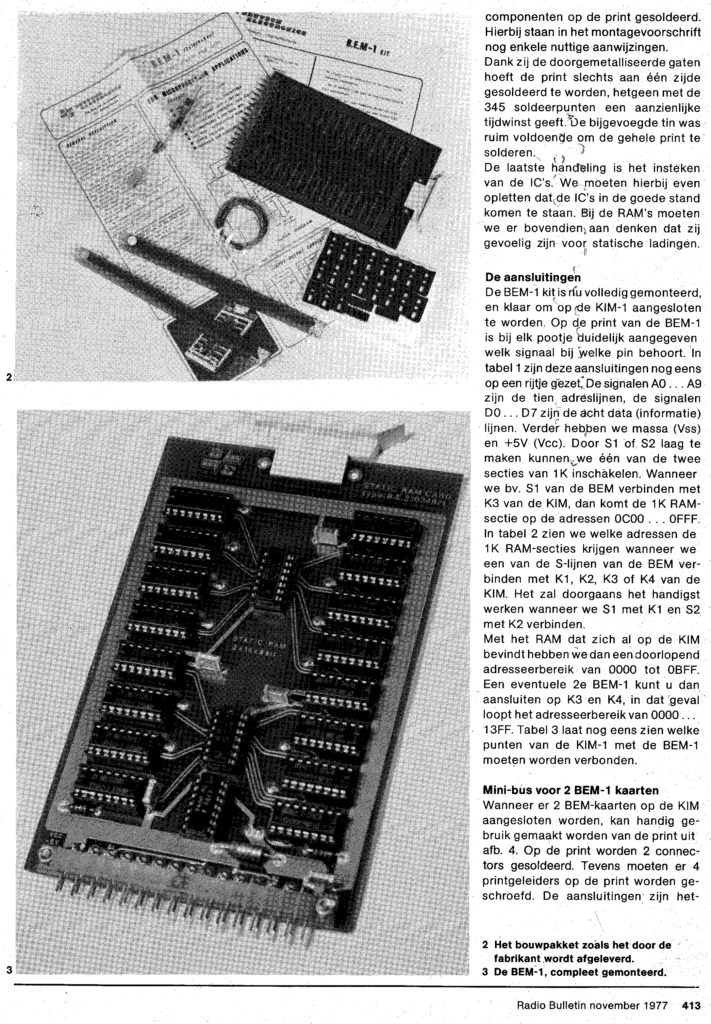 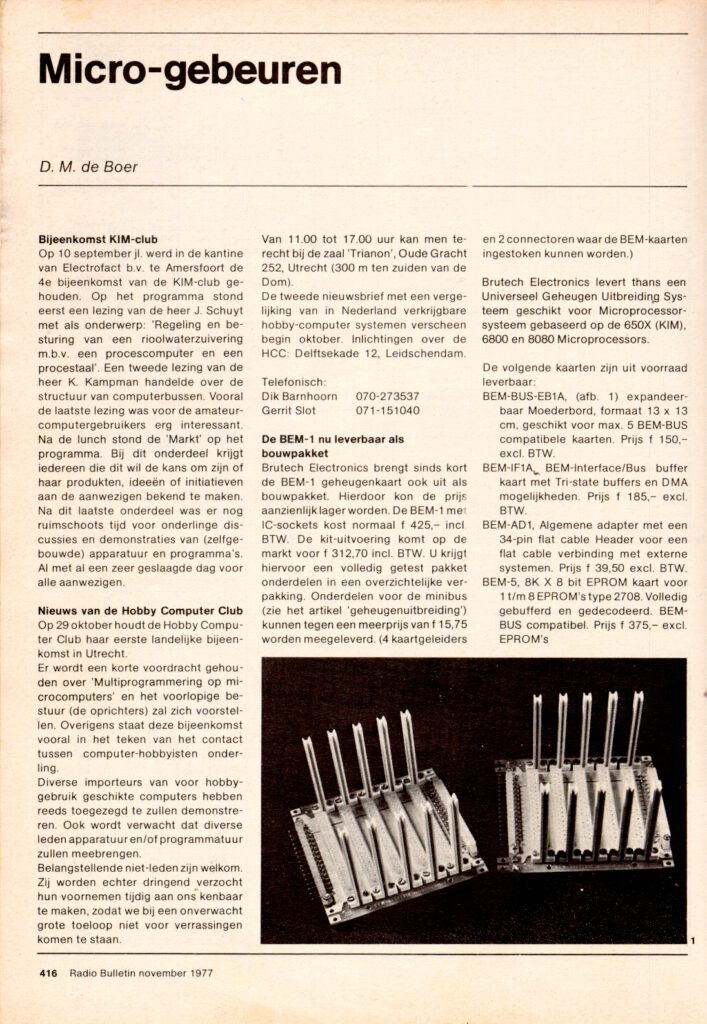 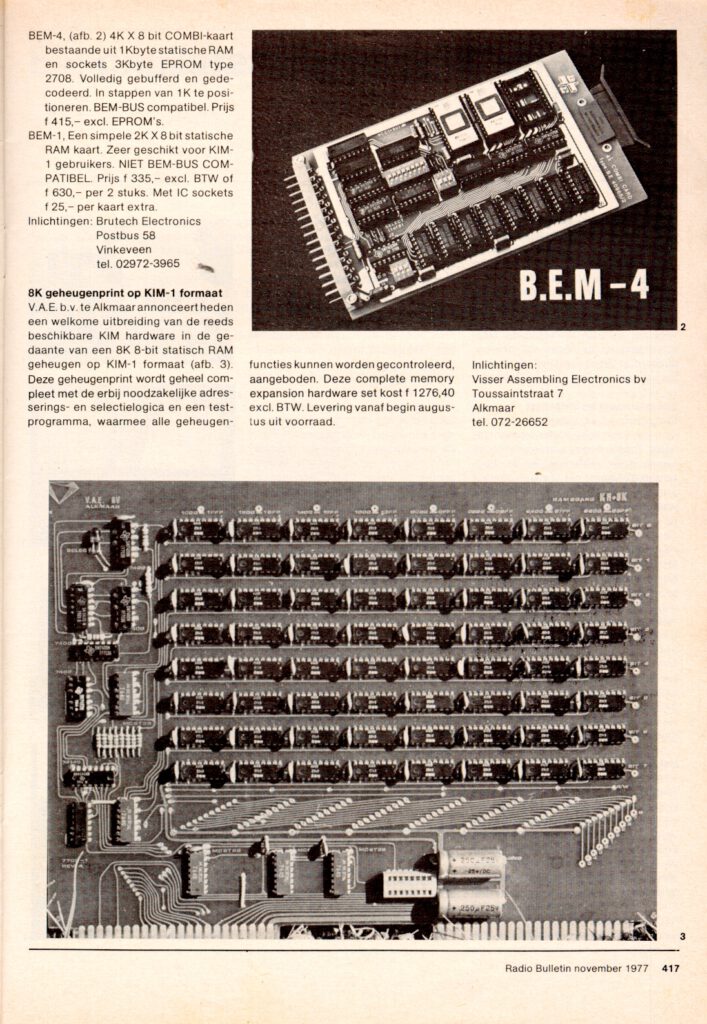 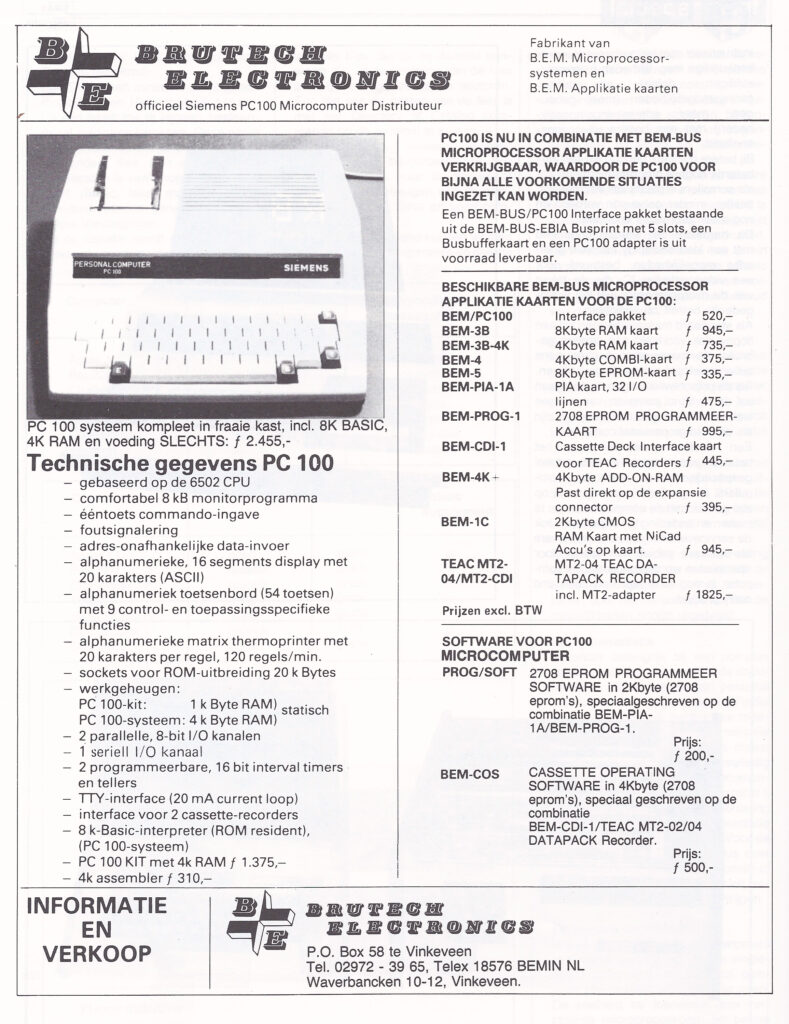 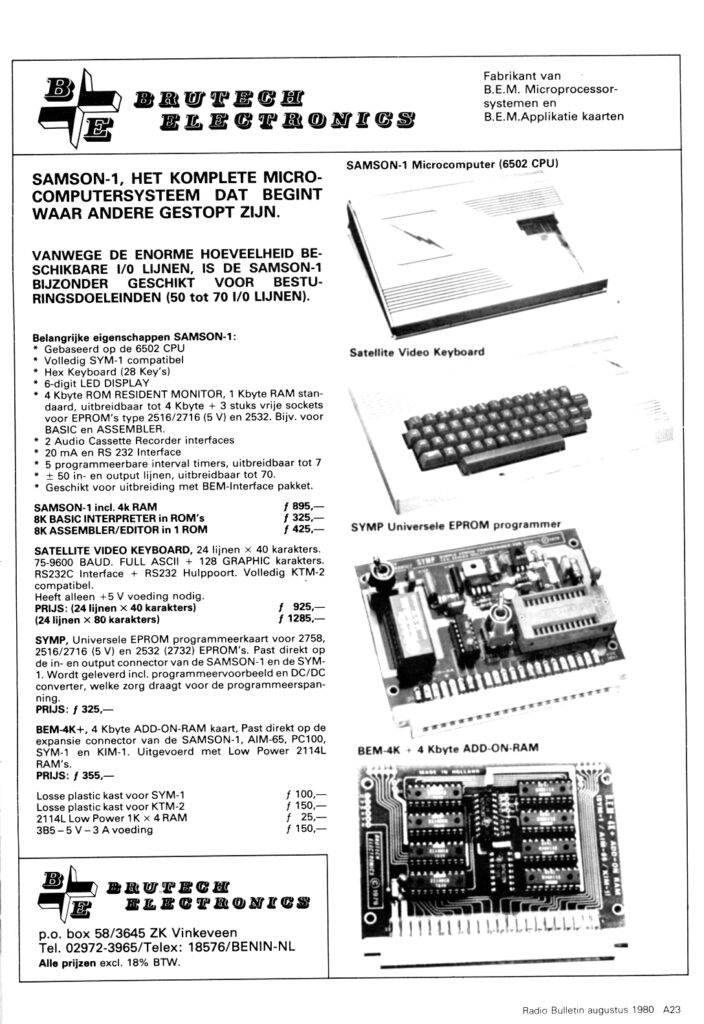 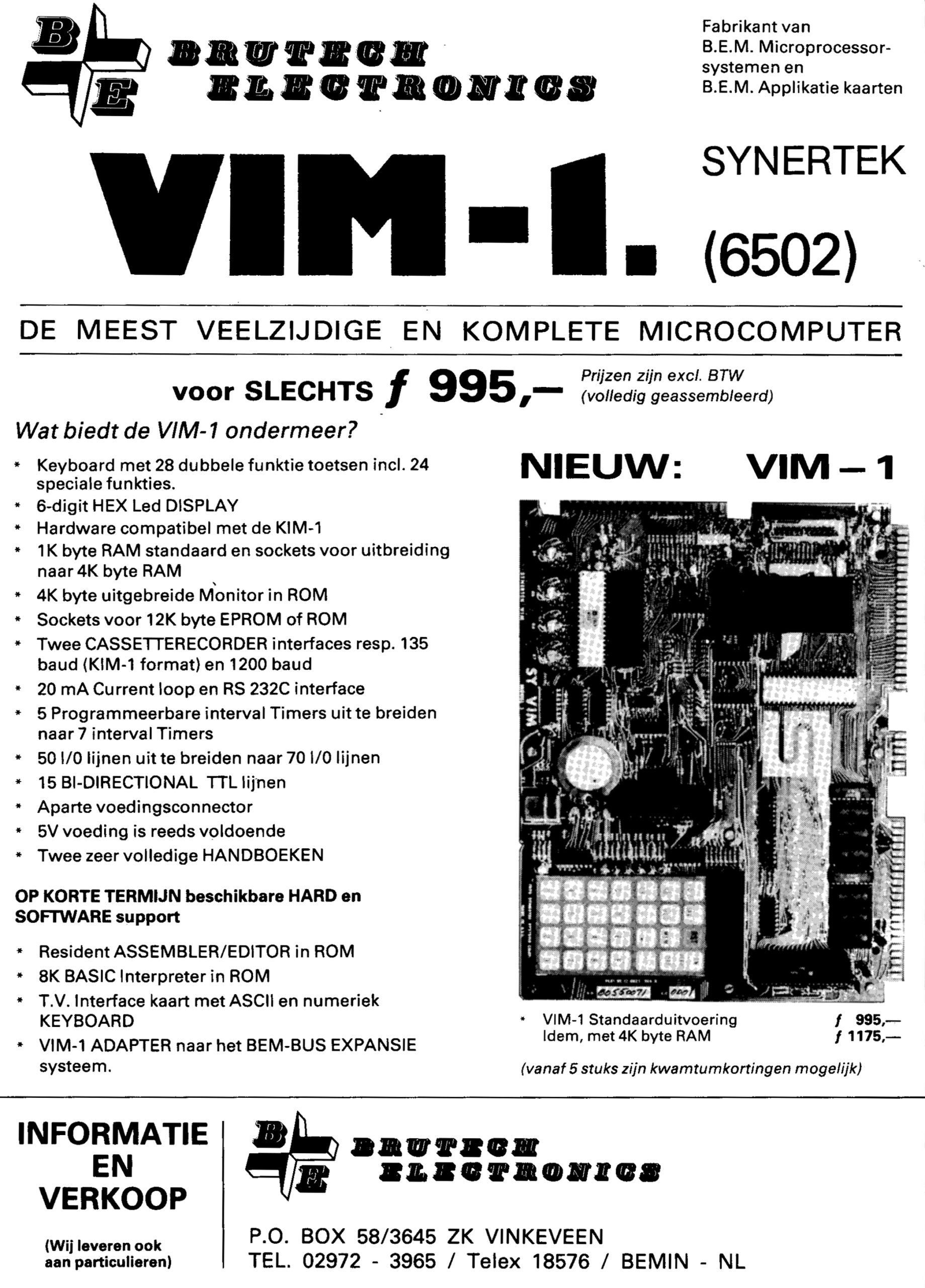 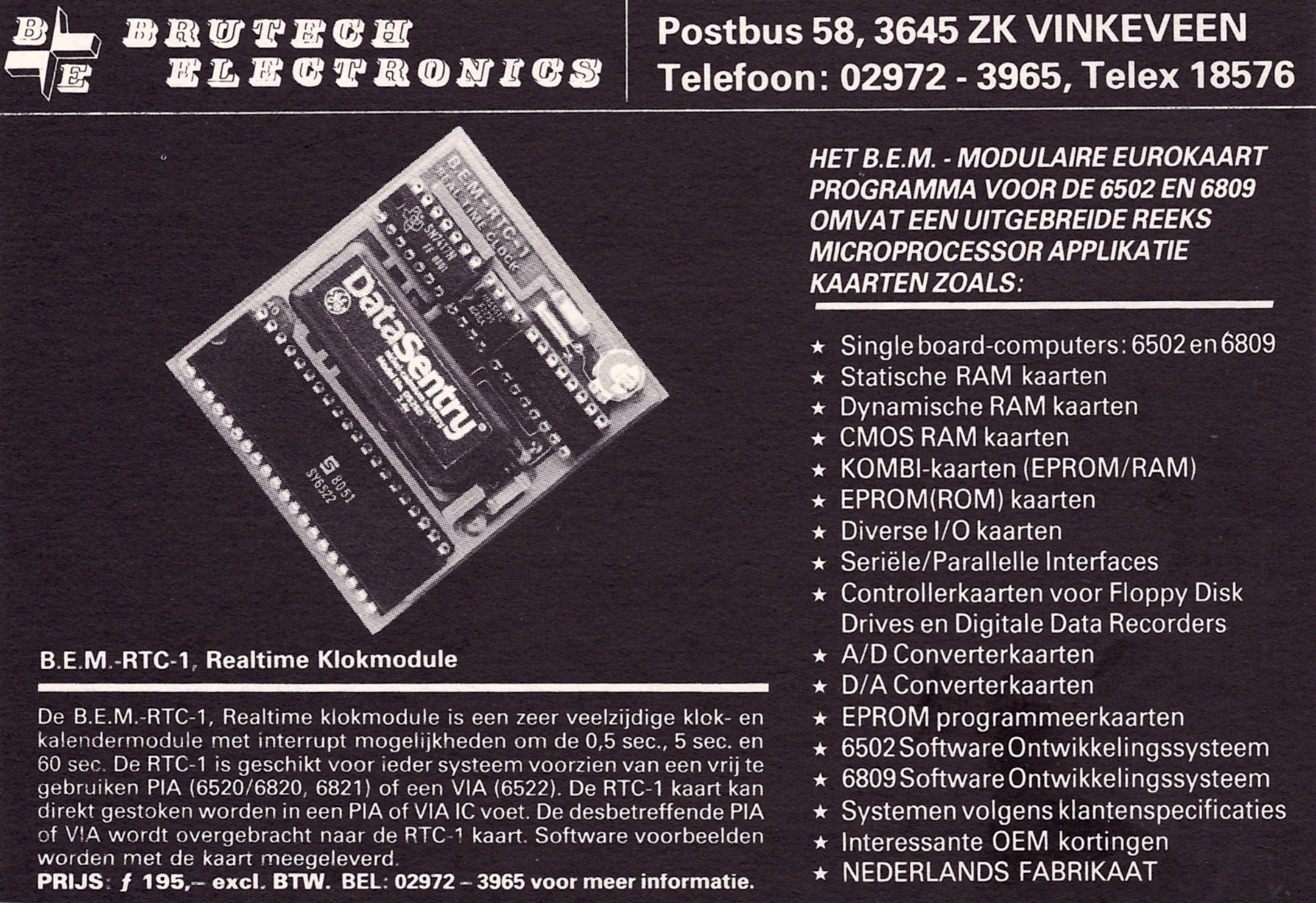 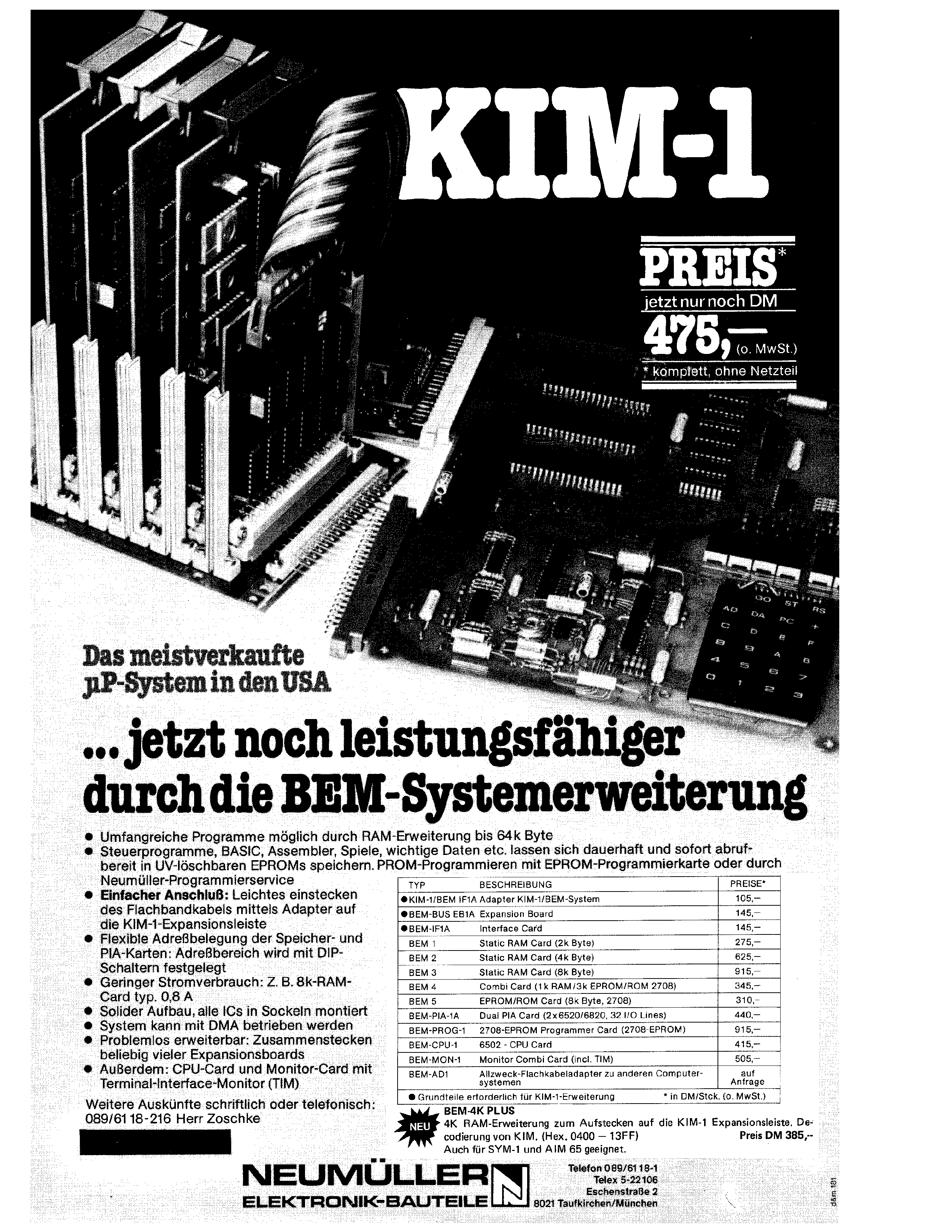 BEM SBC4 in MAIS box
An example of a 6809 CPU board in a custom industrial application. Bought front eh HCC Forth UG in 2004. 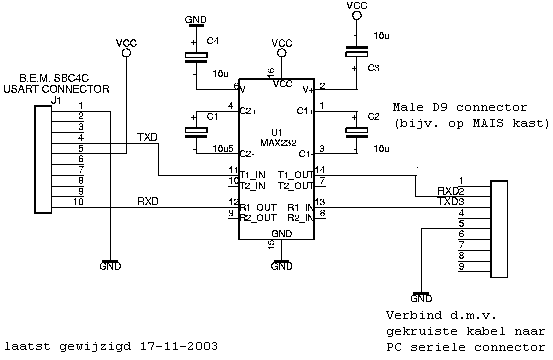 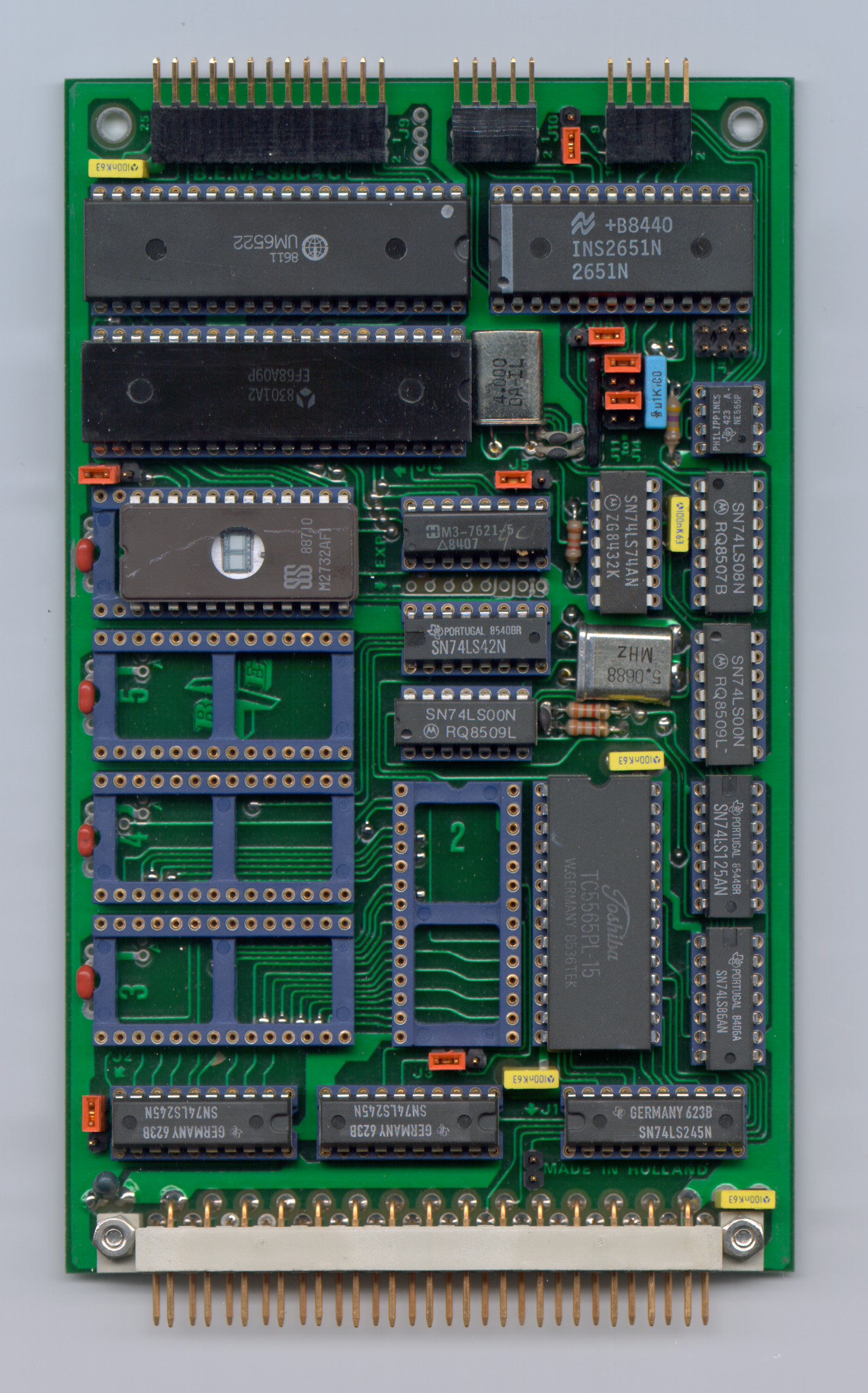 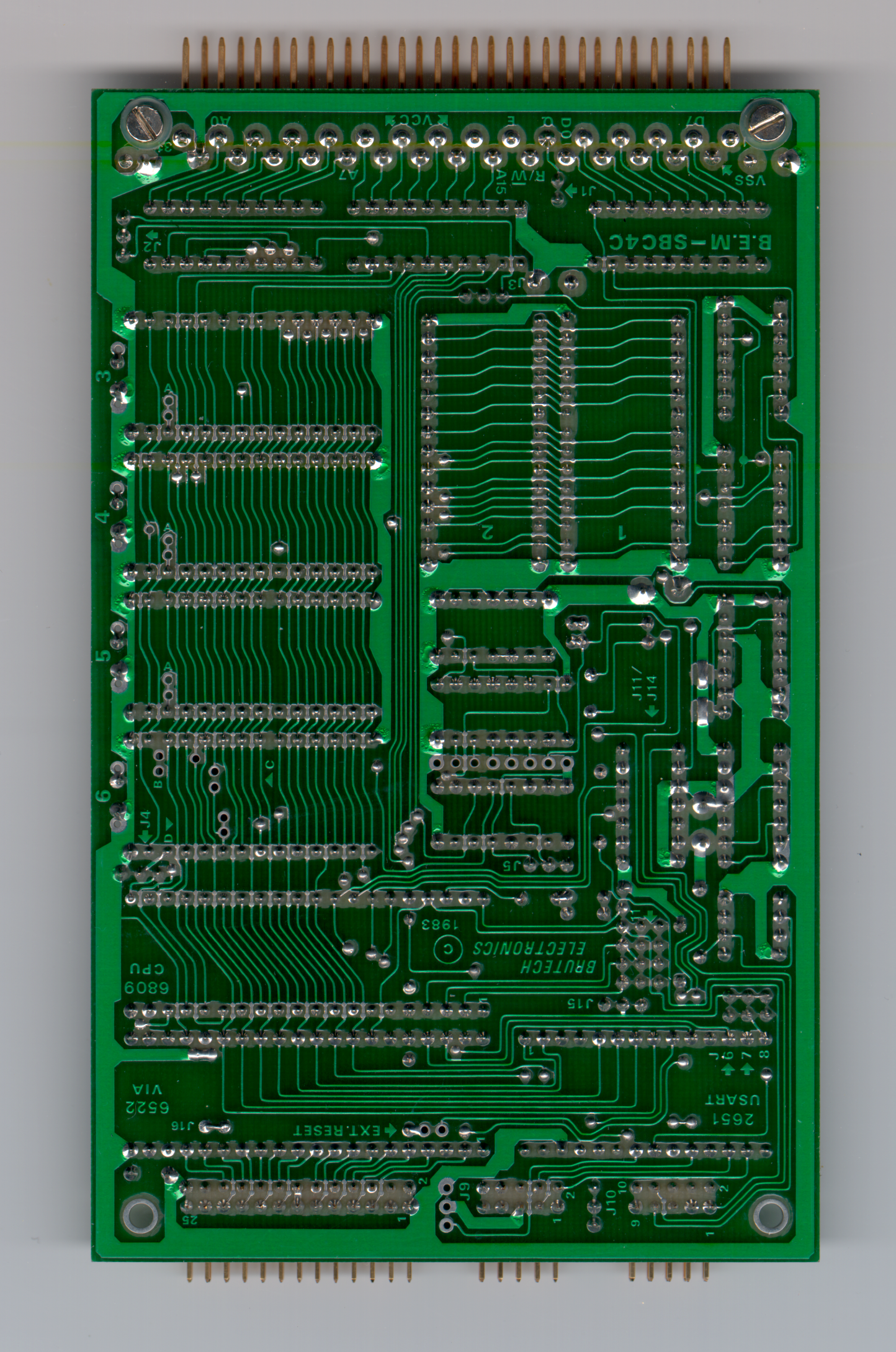 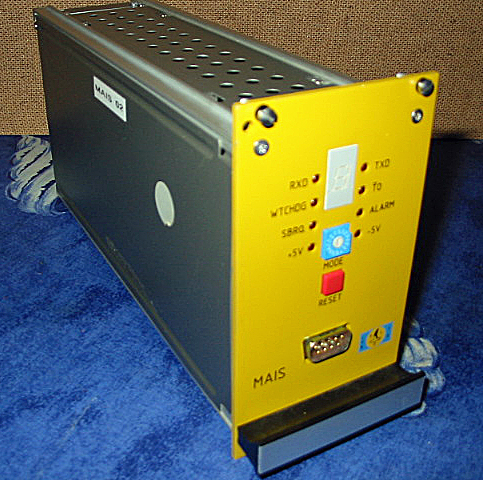 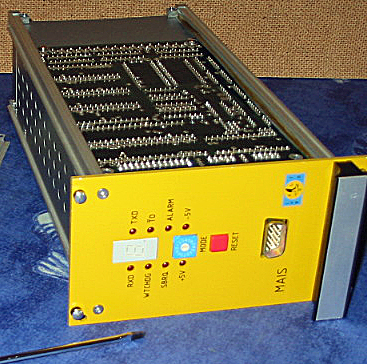 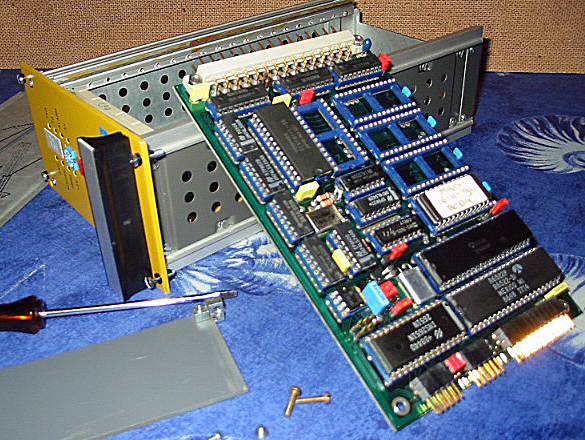 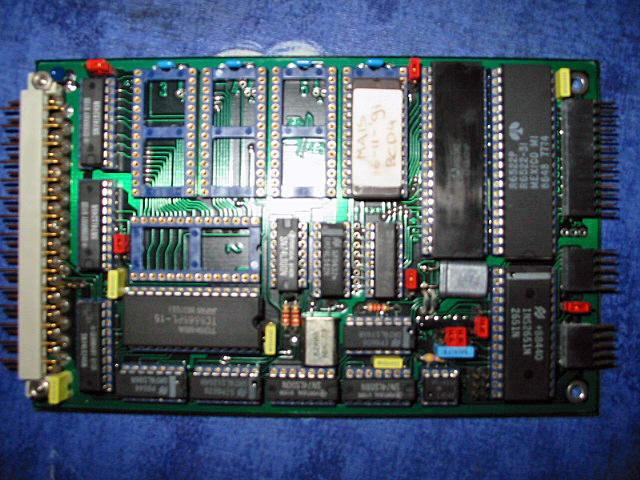 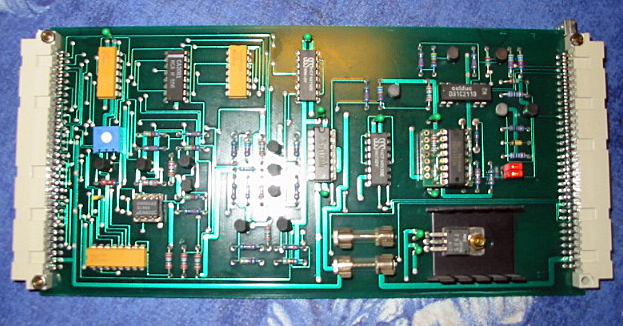