This version is the Second Edition, a polished version of the original Replica 1.
Again with the ATX power connector, but also with alternative ways of power supply.
Note that using an Apple II keyabord requires power supply via the ATX method, due to +/- 12V required.
One Apple 1 slot in a 40 pin connector format.
In the 8K ROM the Apple 1 Integer Basic, the WOZ monitor and the Krusader assembler IDE is placed. Documentation and other files are supplied on CD again.

At this time the two slot expanders to real apple 1 slots were available, the slot expander has to be connected via a 40 pin flatcable.
The first card available (but withdrawn due to reliability problems) was the replica Apple 1 cassette board.
The second is the Multi I/O board.
The CFFA1 also appeared at this time, giving mass storage facilities. 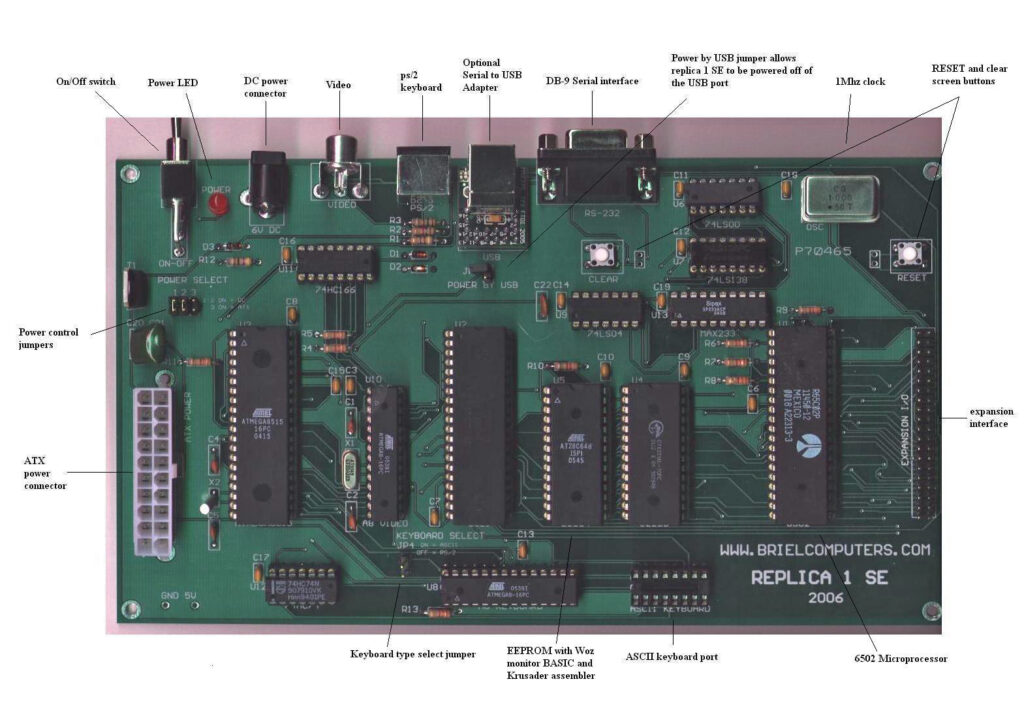 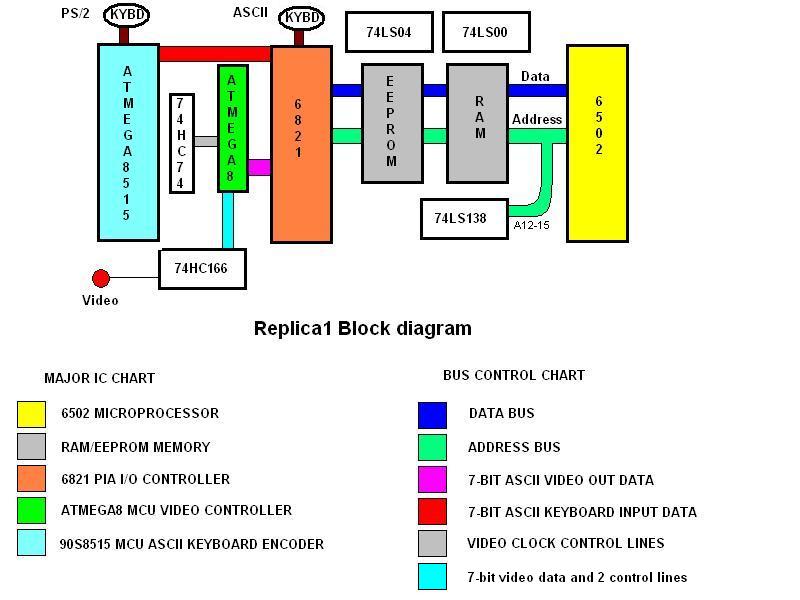 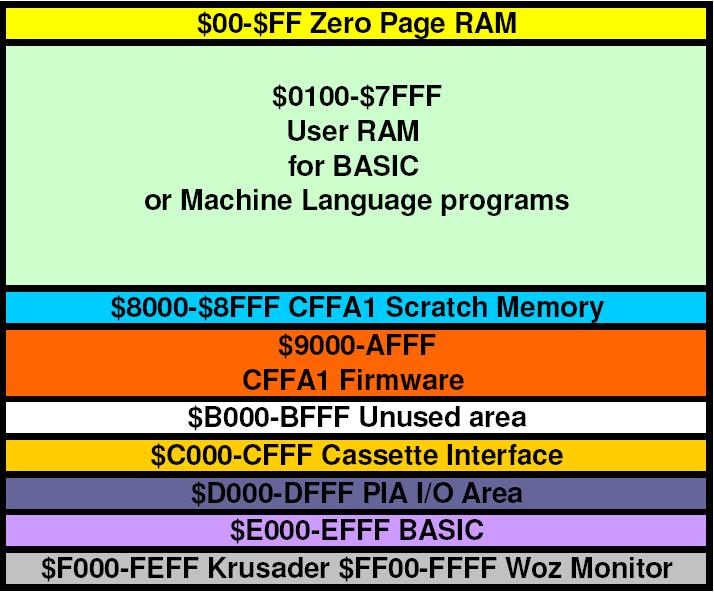 Video on PAL monitorsThe Replica 1 SE might have trouble with some video monitors, especially in 50 Hz/Europe countries. Look with a scope at the composite video signal, it is much too low amplitude, a wonder the monitors did sync after all.
The video monitor has a 75 ohm load. In parallel with the 100 ohm R3 this was giving a too low amplitude to let the monitor sync fast enough.As a dirty hack clip the R3 resistor off and the video becomes stable on many monitors. But not on all! 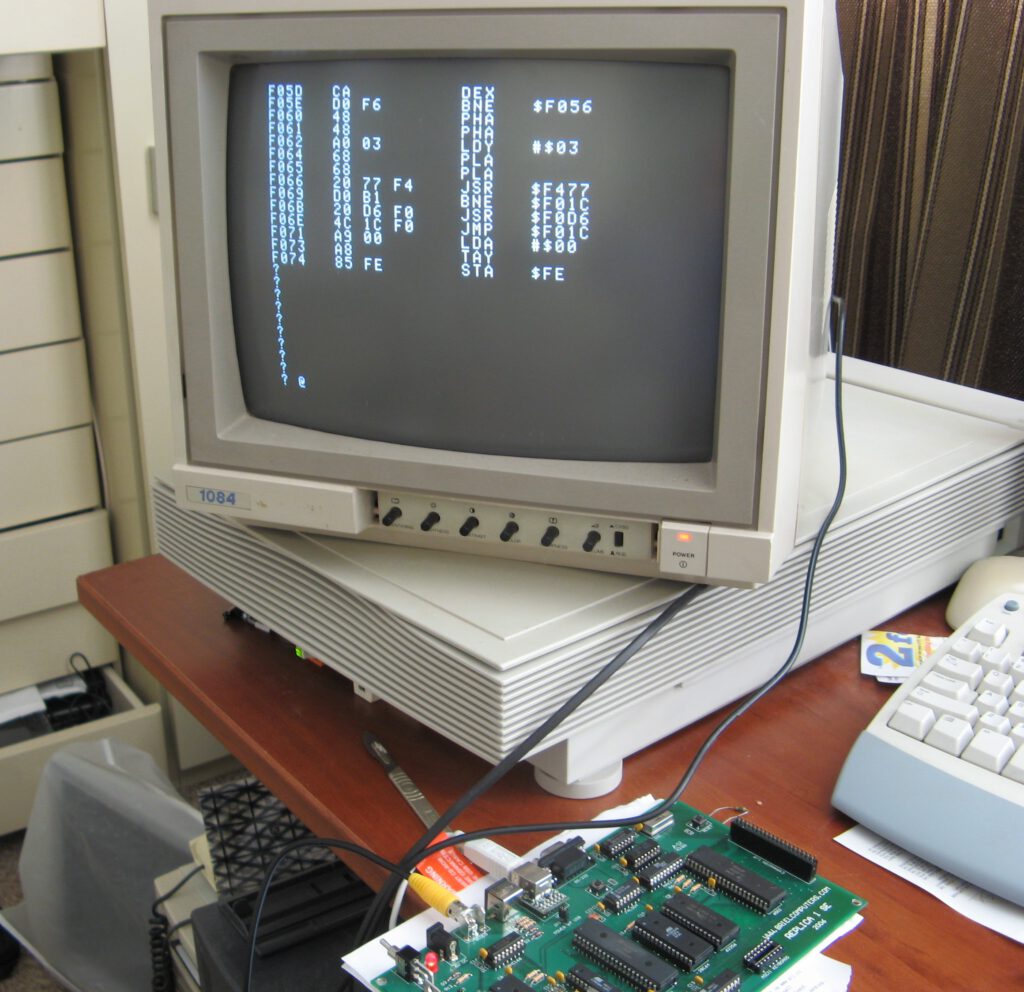 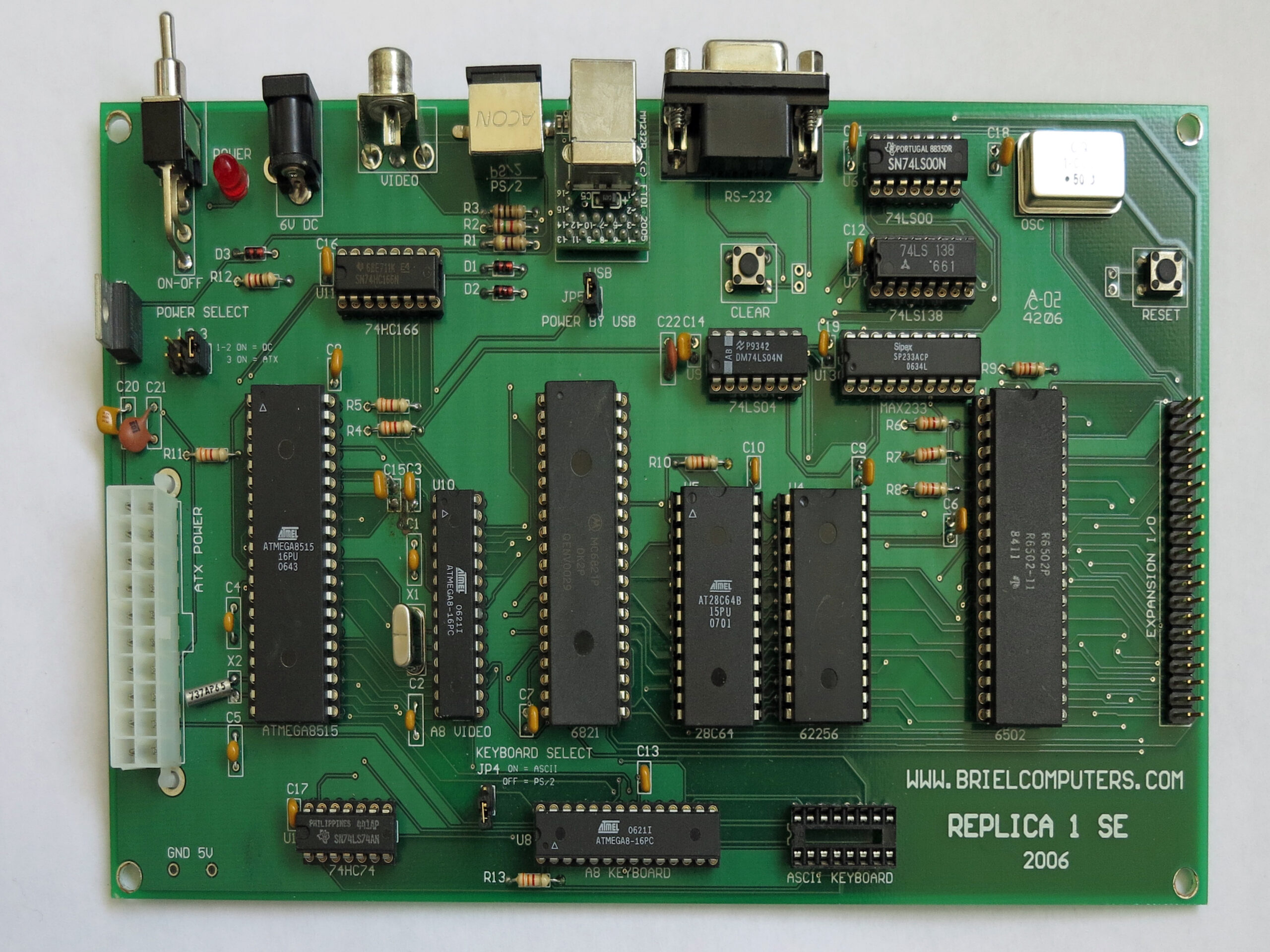 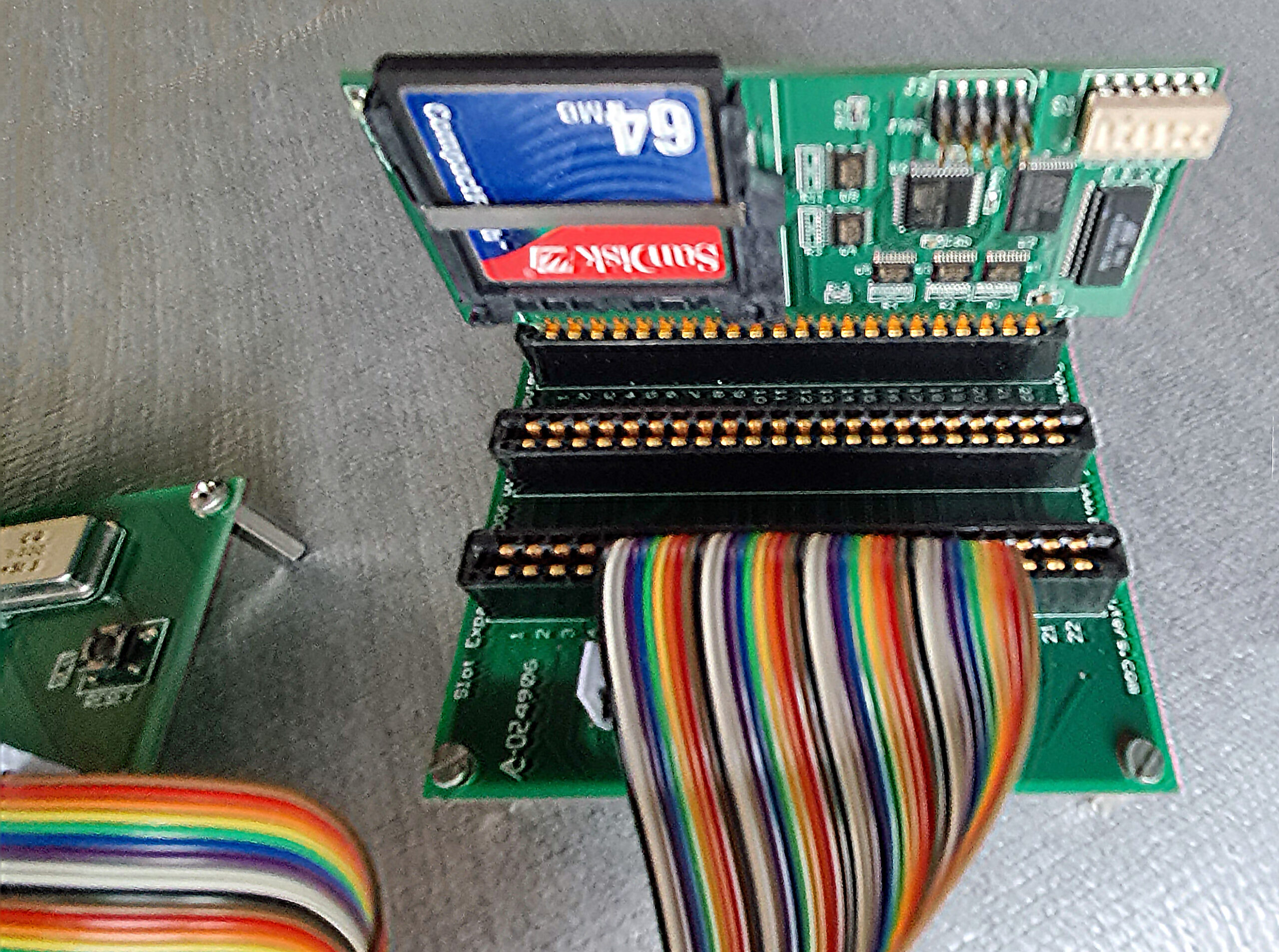 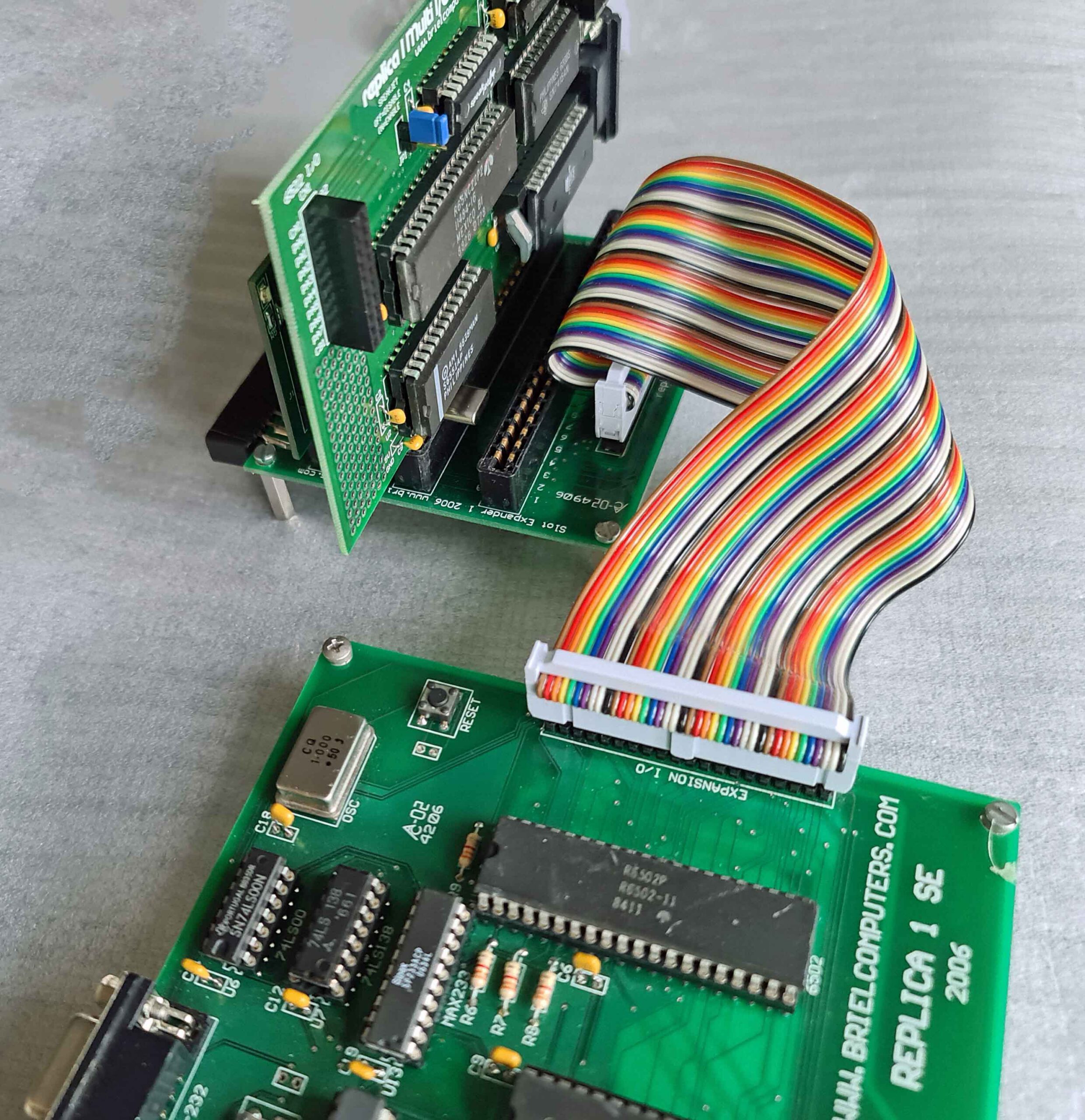 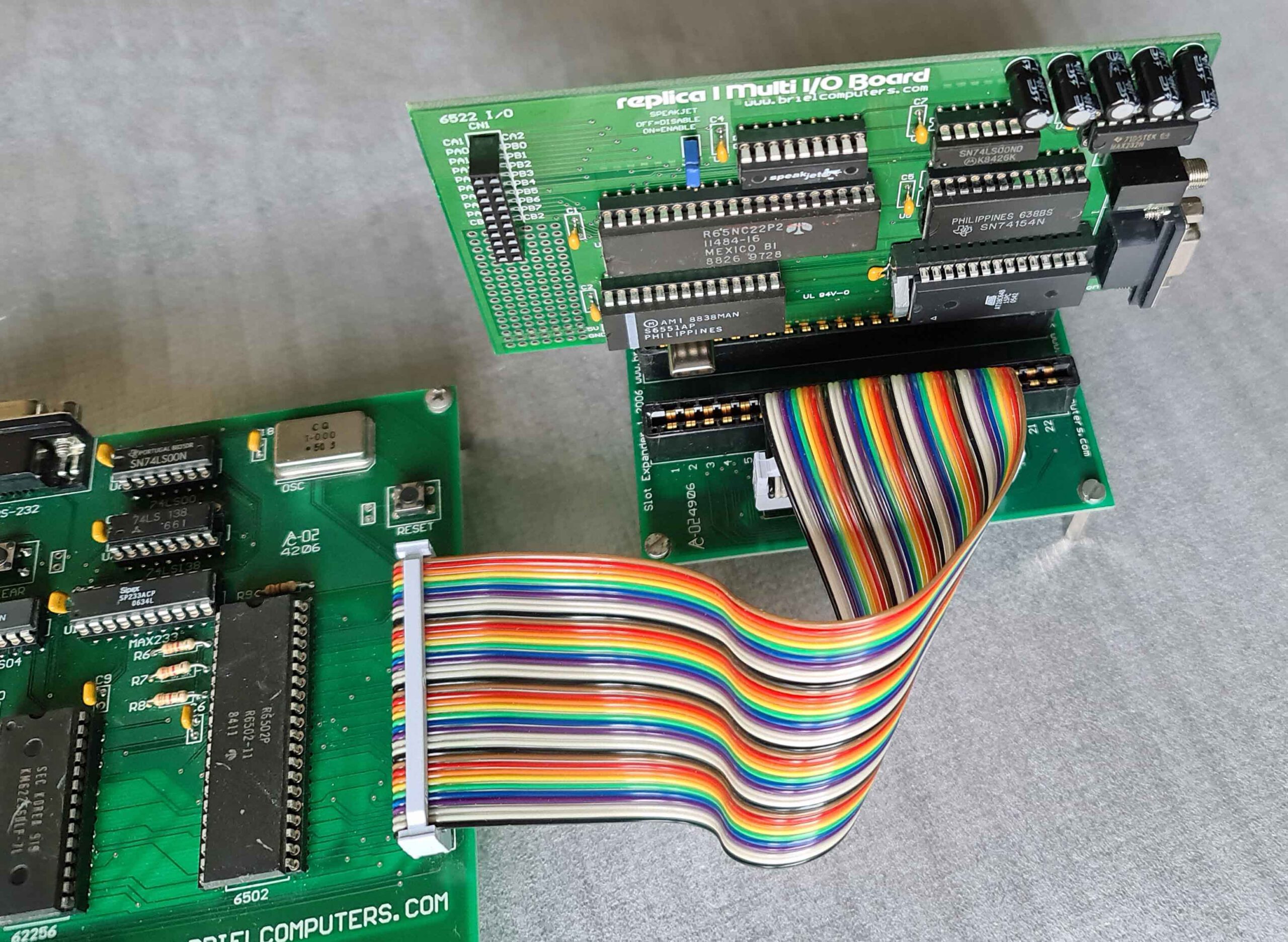 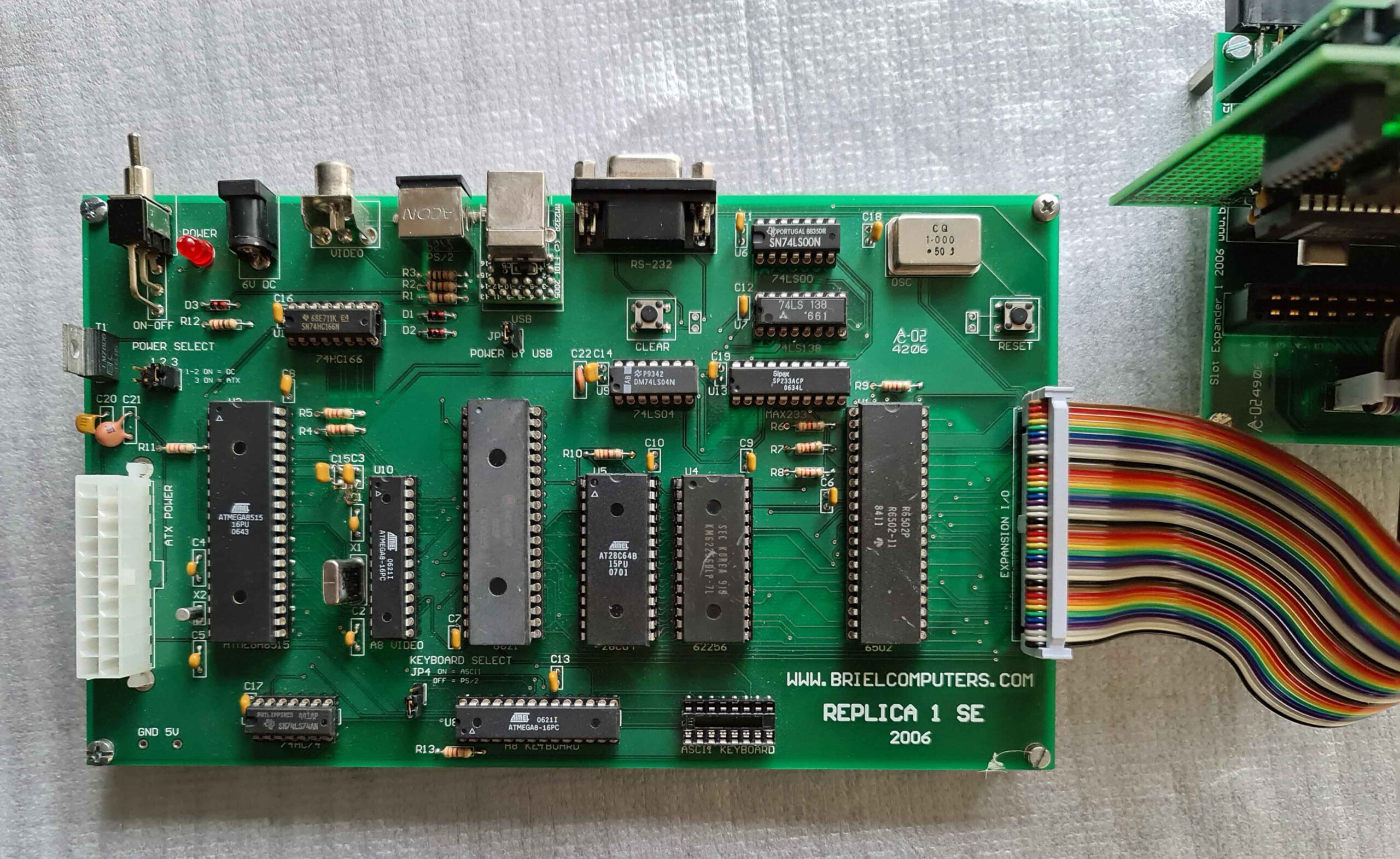 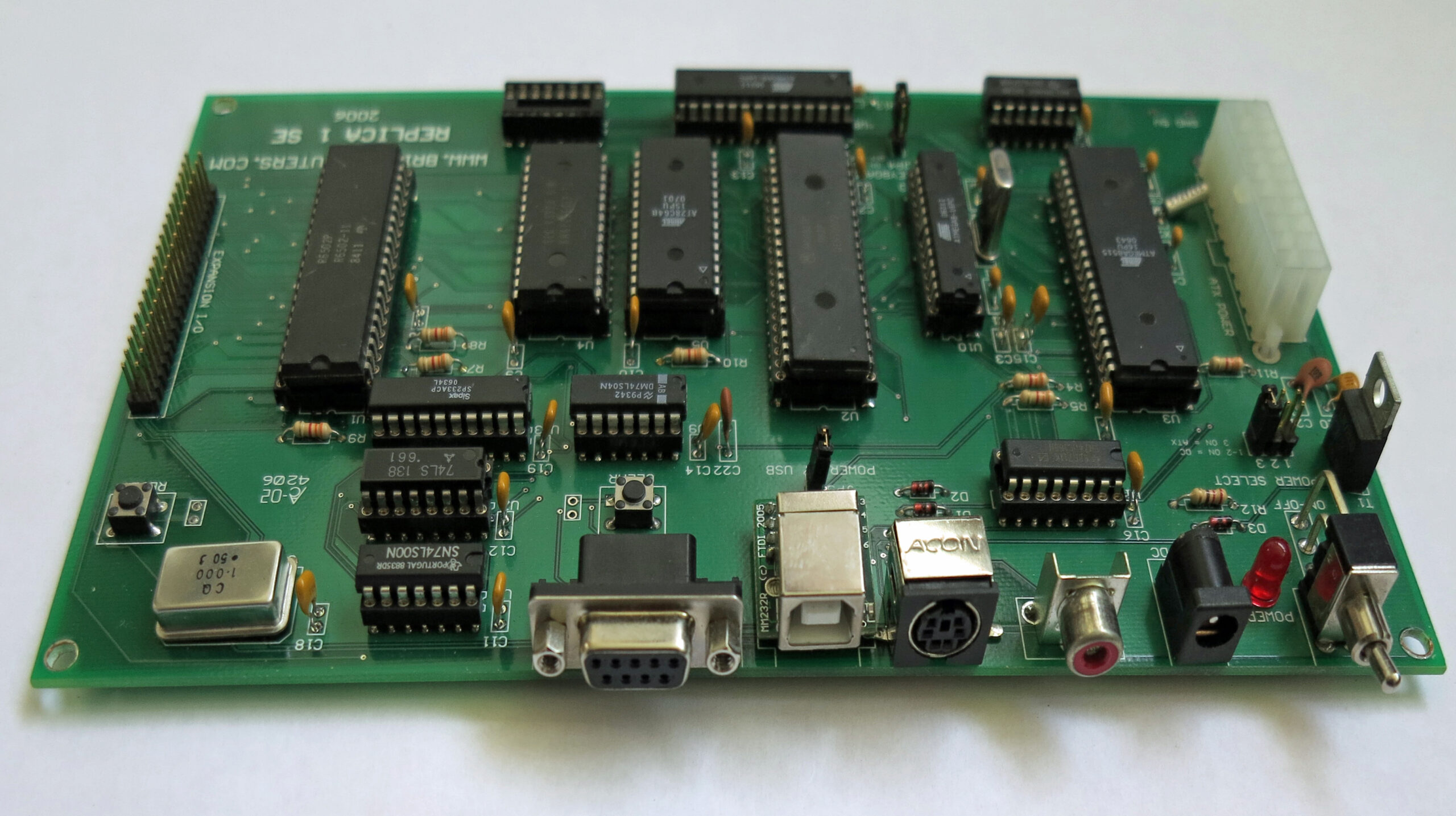 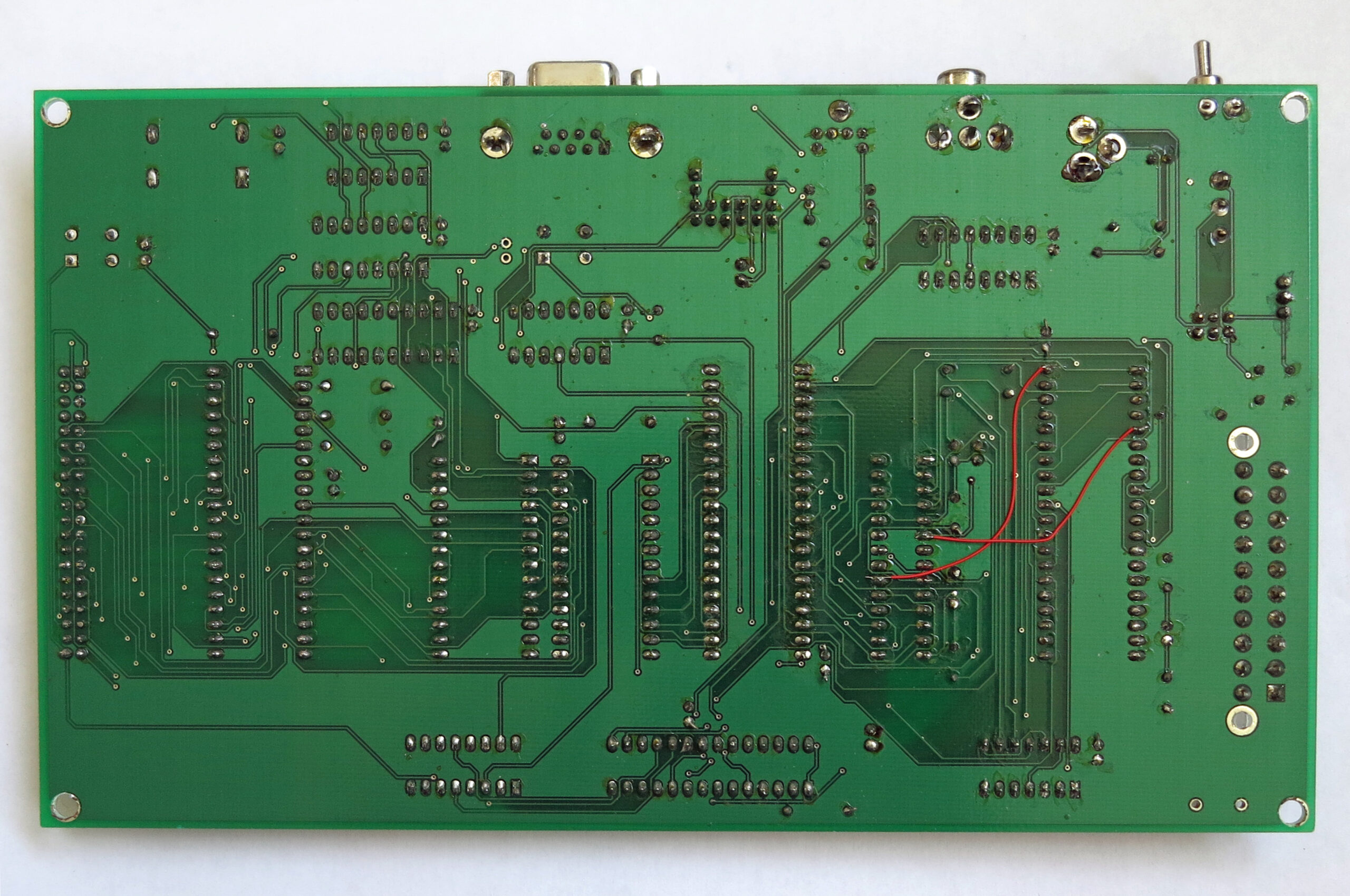 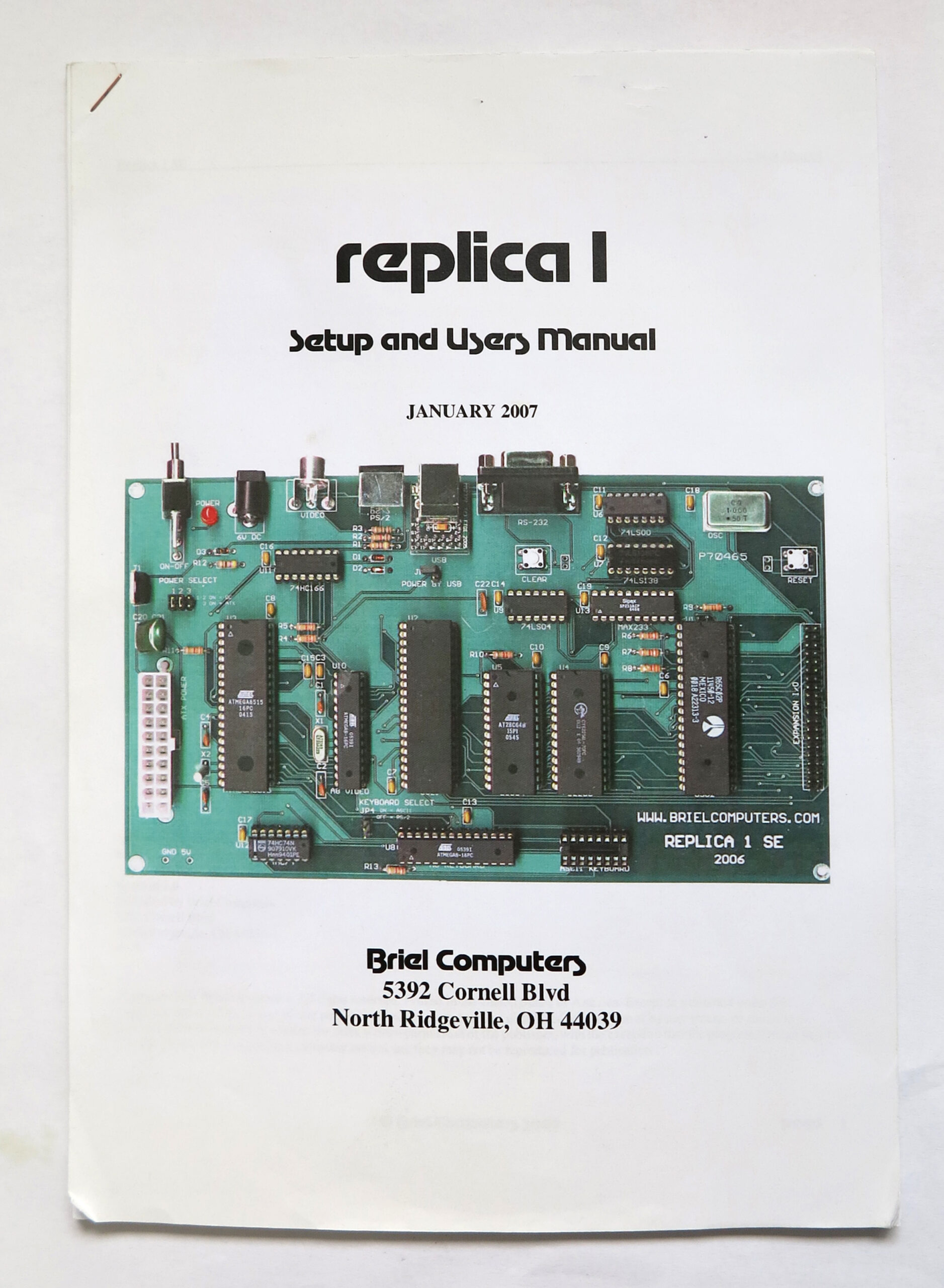 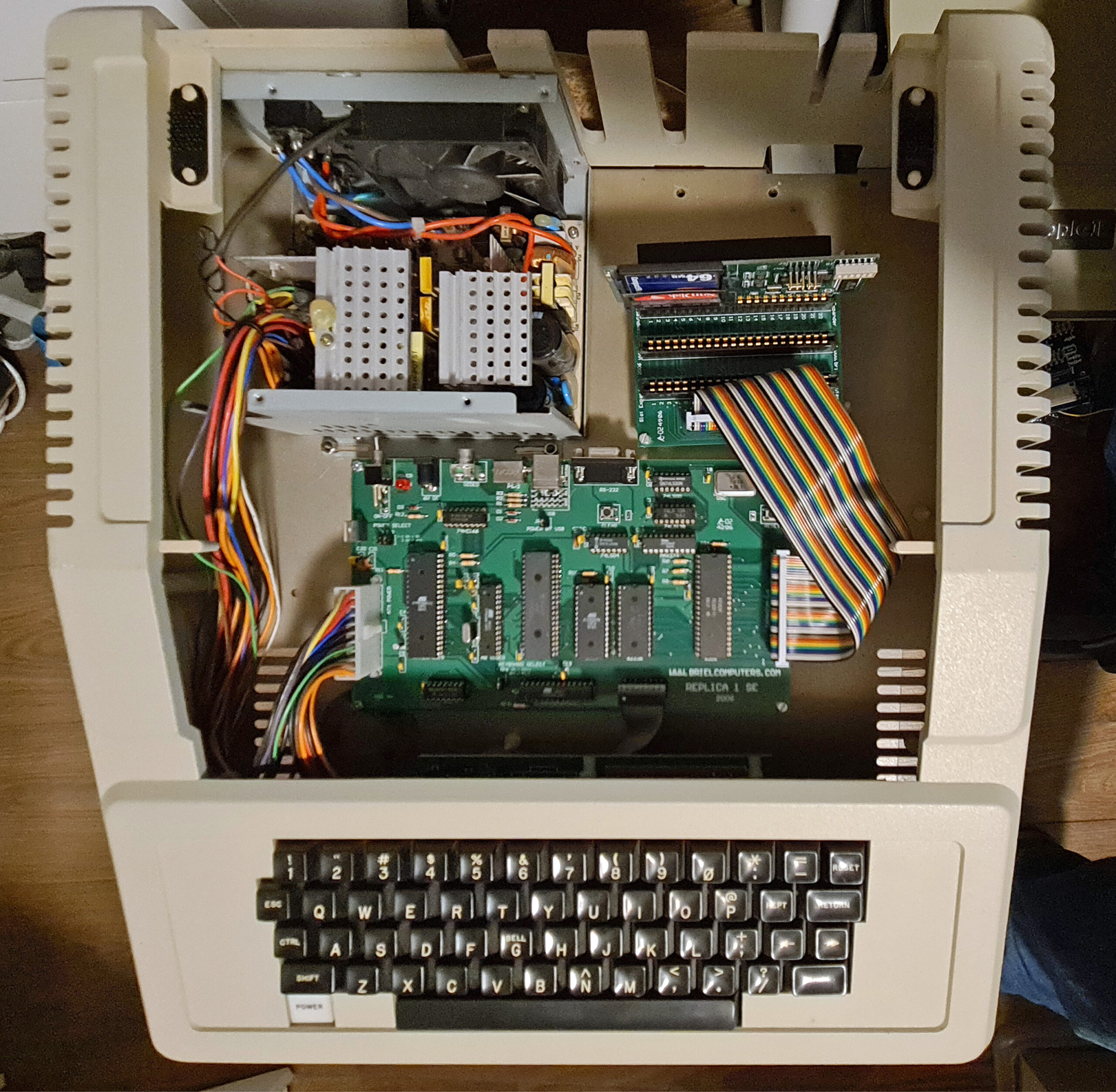