To celebrate the 10 years since the first Replica 1 appeared i9n 2004, Vince Briel did a limited run of the Replica 1. A red PCB, reduced IC count due to more integration into the Parallex Propellor made a smaller board.
The limited run was sold out quickly, the nearly identical Replica 1 Plus was the next Replica 1, still available in 2021. 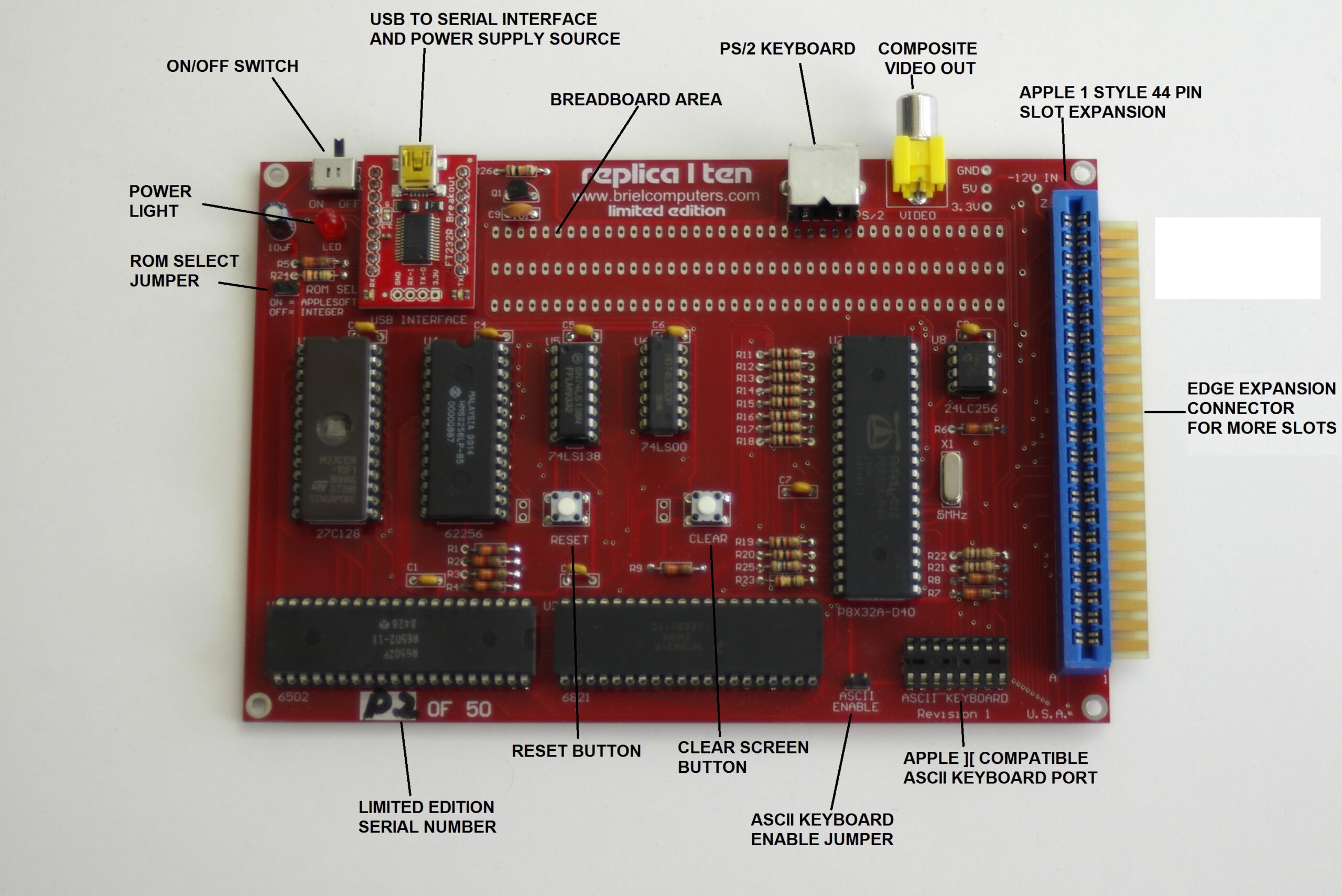 The announcement of the Ten by Vince Briel:

As previously mentioned in A2central.com the new replica 1 tenth anniversary edition is here. It’s hard to believe it has been 10 years since the replica 1 was created. In celebration of 10 years of kits, we have a limited edition replica 1 ten board. The new design is our sleekest and most modern design ever. The mini USB interface is not only a power source, but has a built in USB to serial interface allowing you to have a virtual COMM port on your PC. You can run your entire replica 1 from a USB port on your PC or from a USB power supply.

The new replica 1 ten limited edition has a unique red color distinguishing it from prior versions. As such, we are limiting it to only 50 hand serial numbered units. Why 50? Well, that is the number of apple 1 computers believed to still be in existence. In order to maintain an economical kit with today’s rising component prices, we found ways to reduce components and made some hard choices too. Gone is the ATX power supply option along with the 40 pin replica 1 header, however, there will be ways to get these features as needed. Don’t have a USB power supply, we now offer a universal USB power supply

The new design allowed us to eliminate the 1MHz oscillator and now the Parallax Propeller controller generates the system clock. We added a larger EPROM so you can now select between the original BASIC or the new Applesoft lite. We were also able to reduce chip count using the Propeller to handle critical I/O glue logic processing. All these changes makes it possible to not only maintain the price, but also makes a smaller, more efficient board. 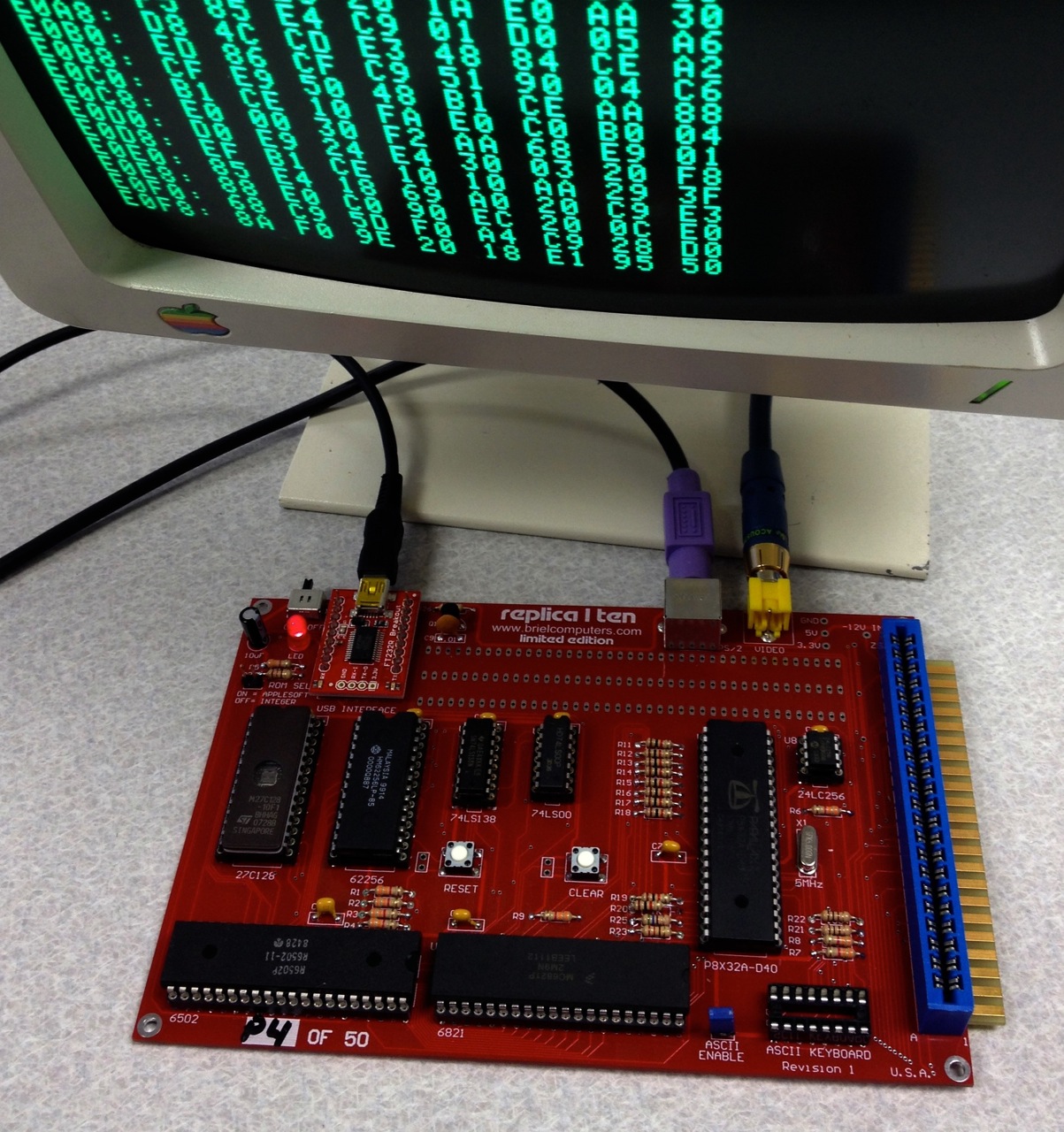 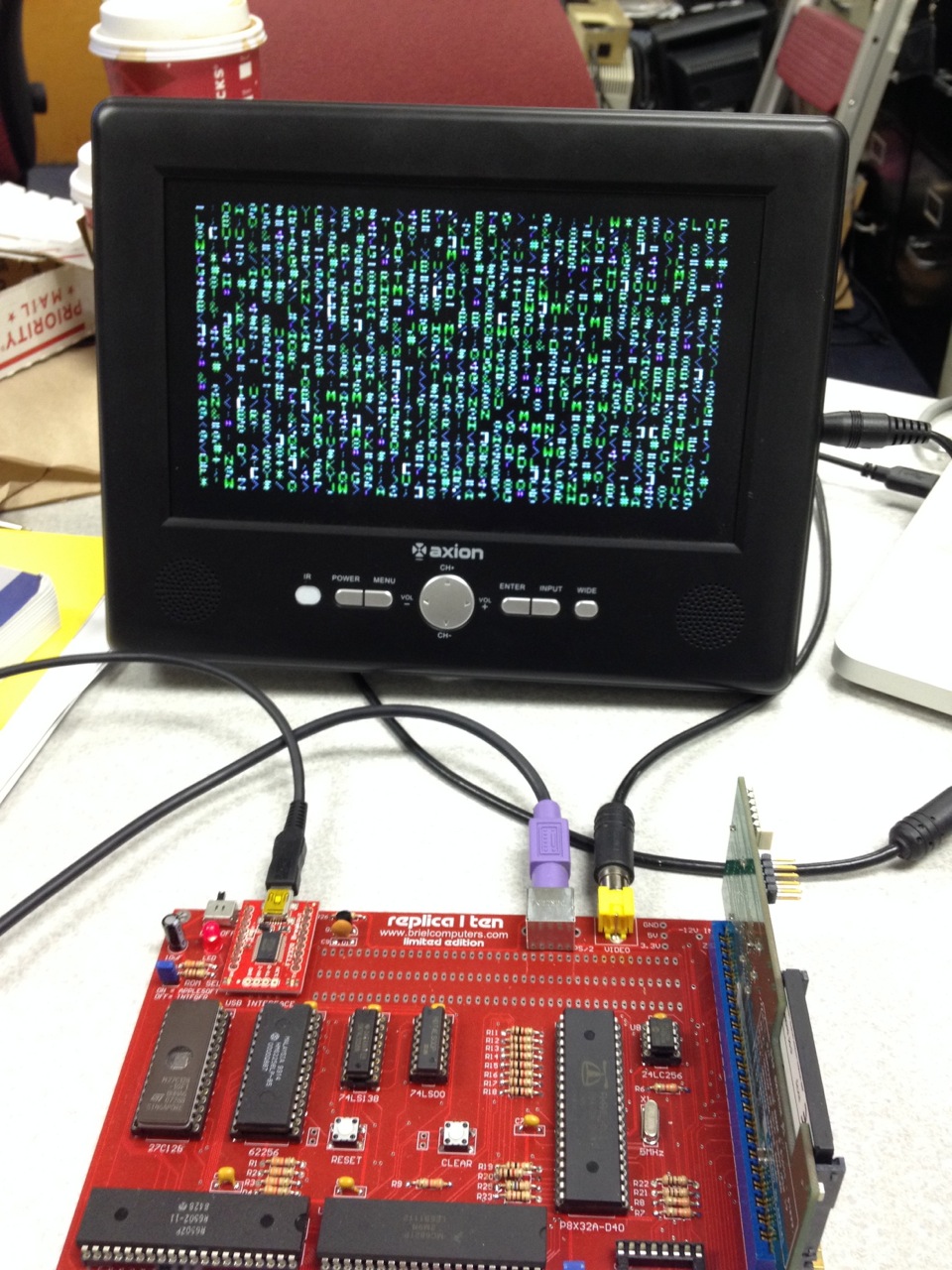 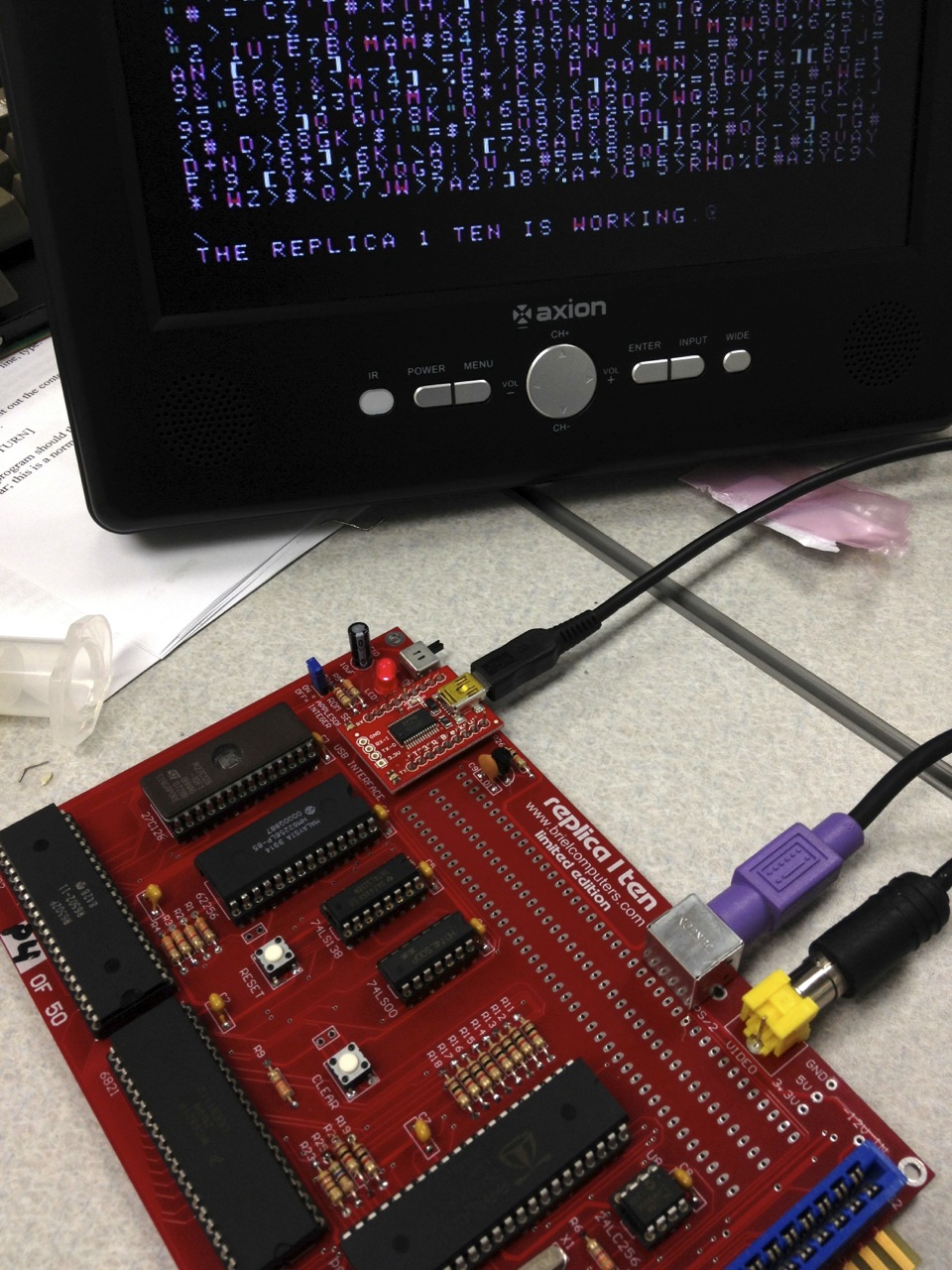 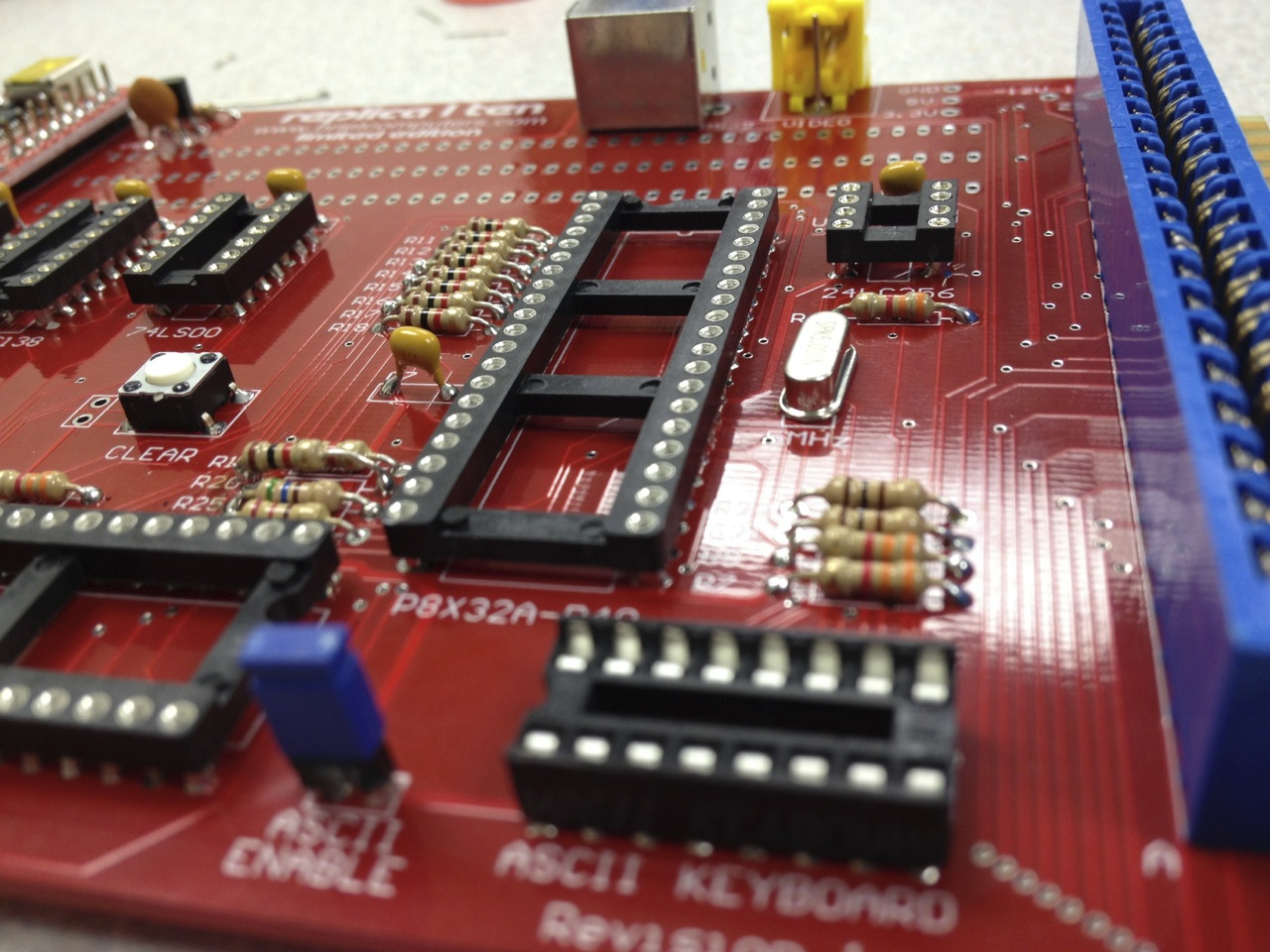 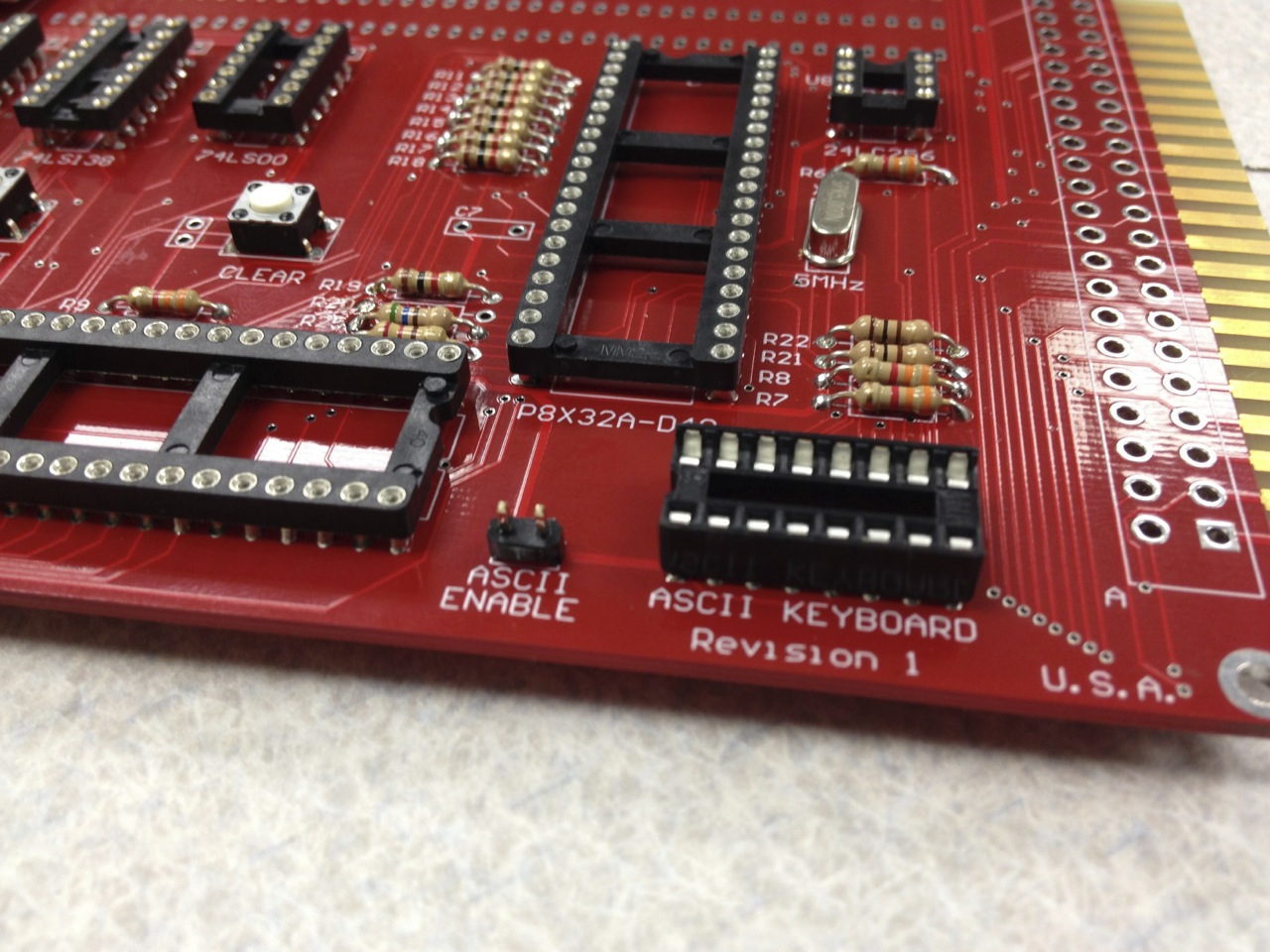 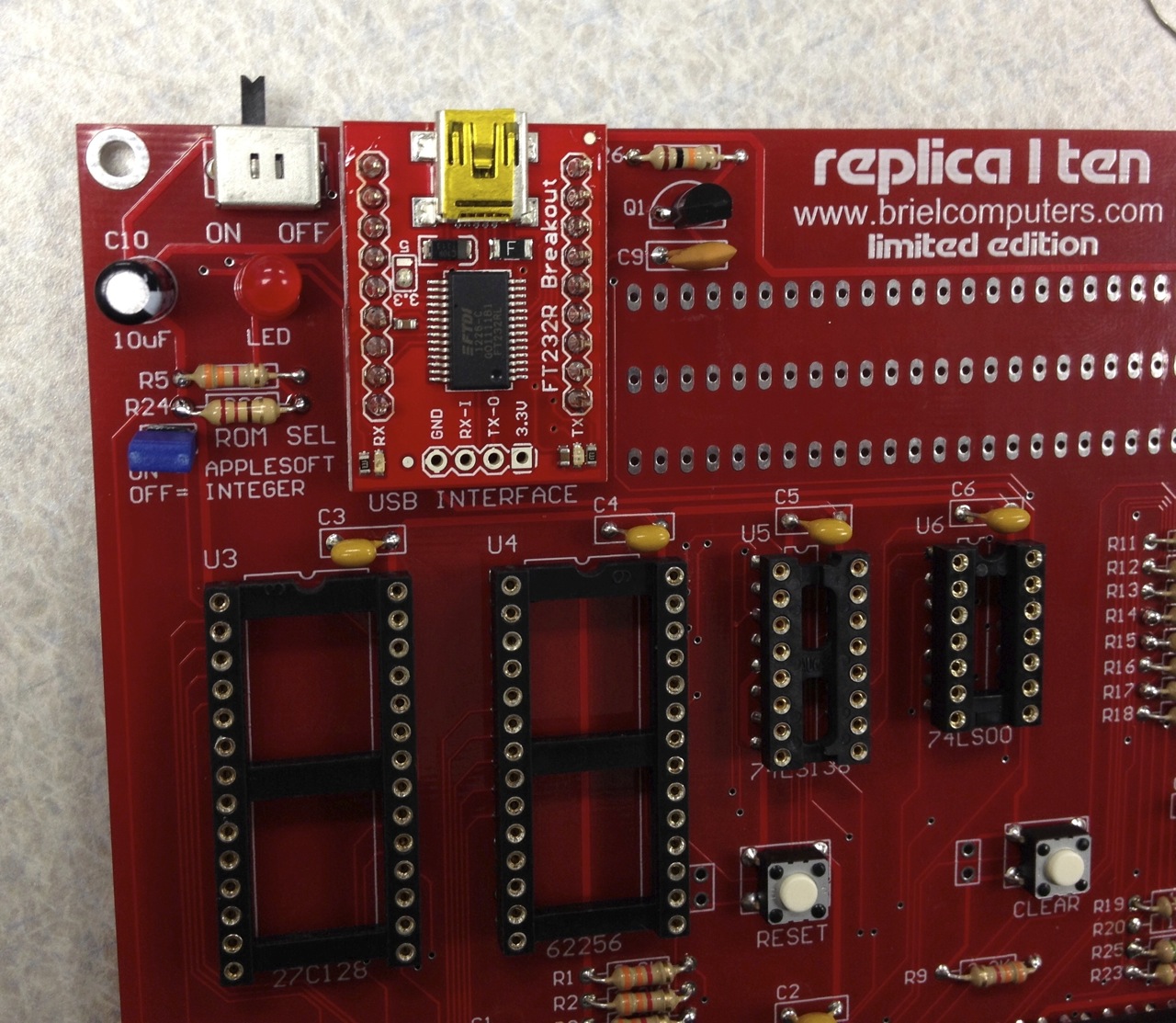 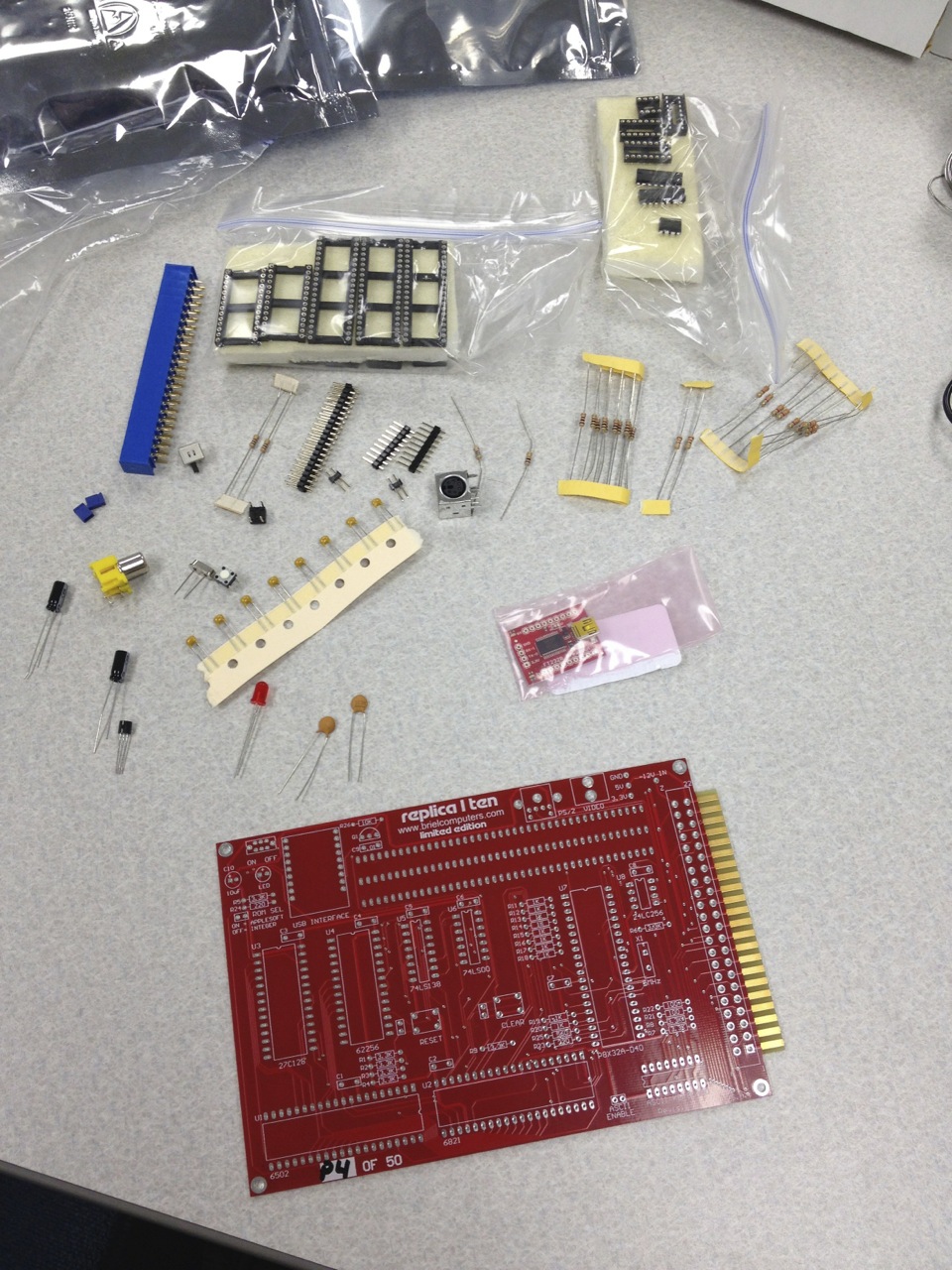 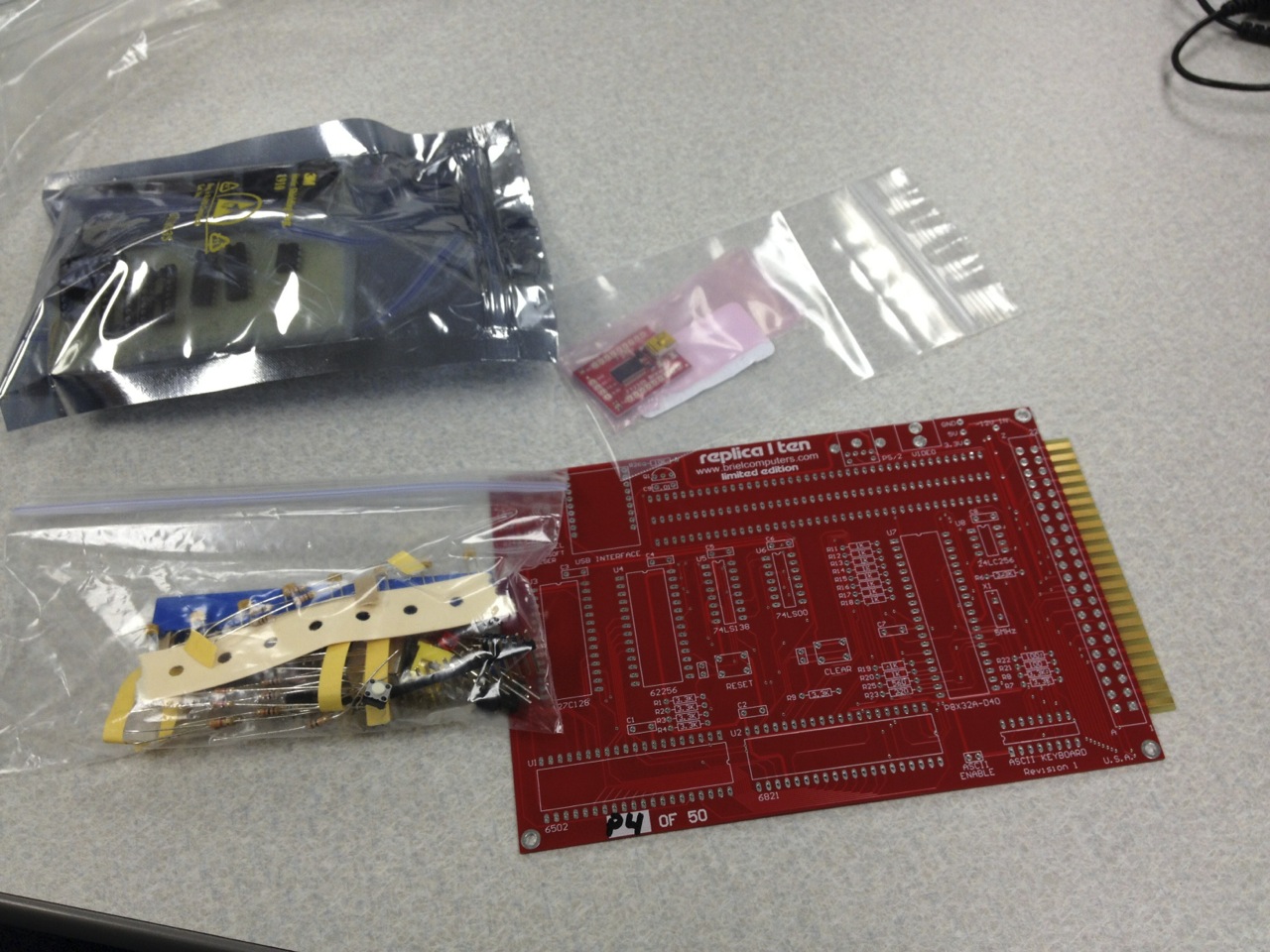 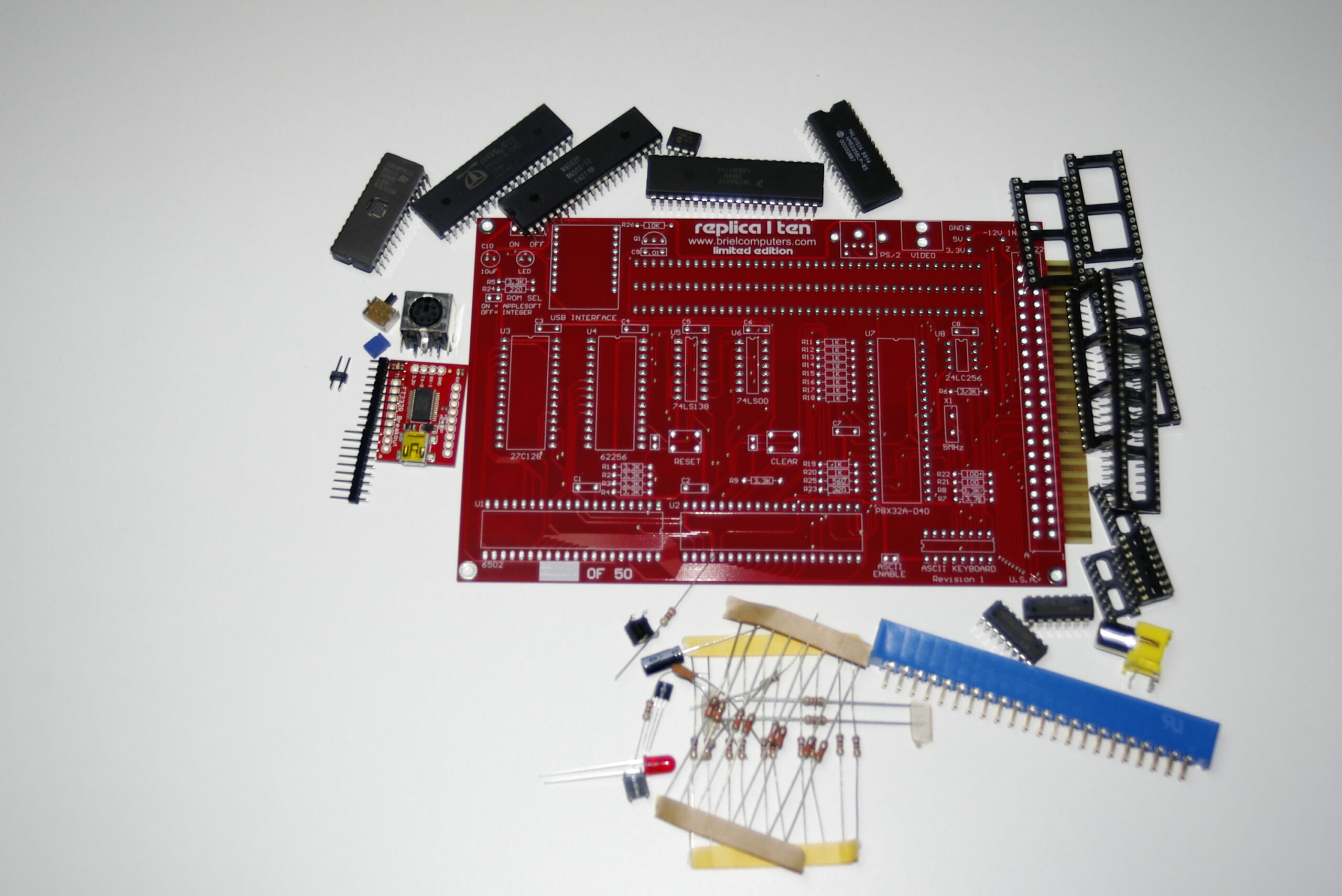 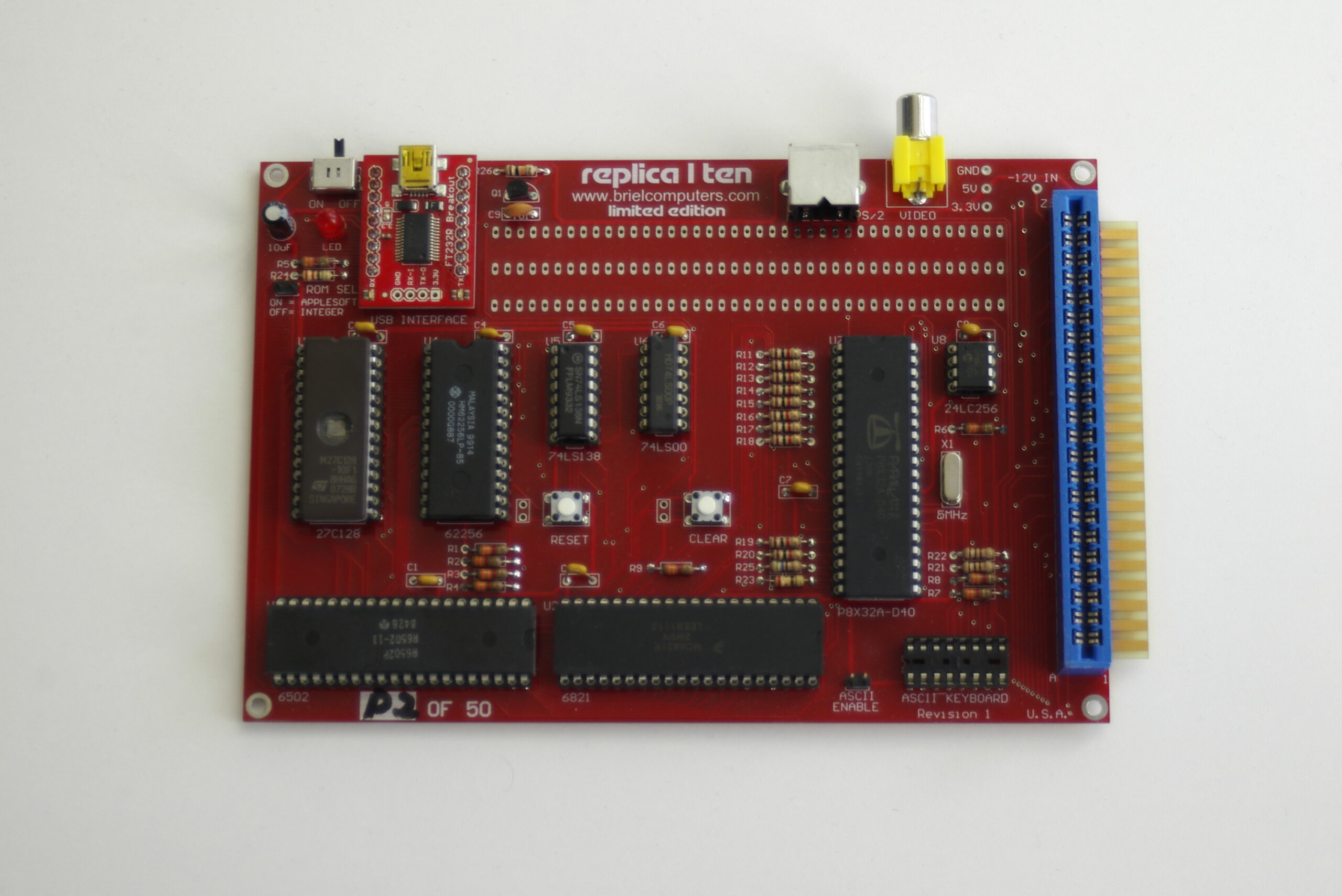 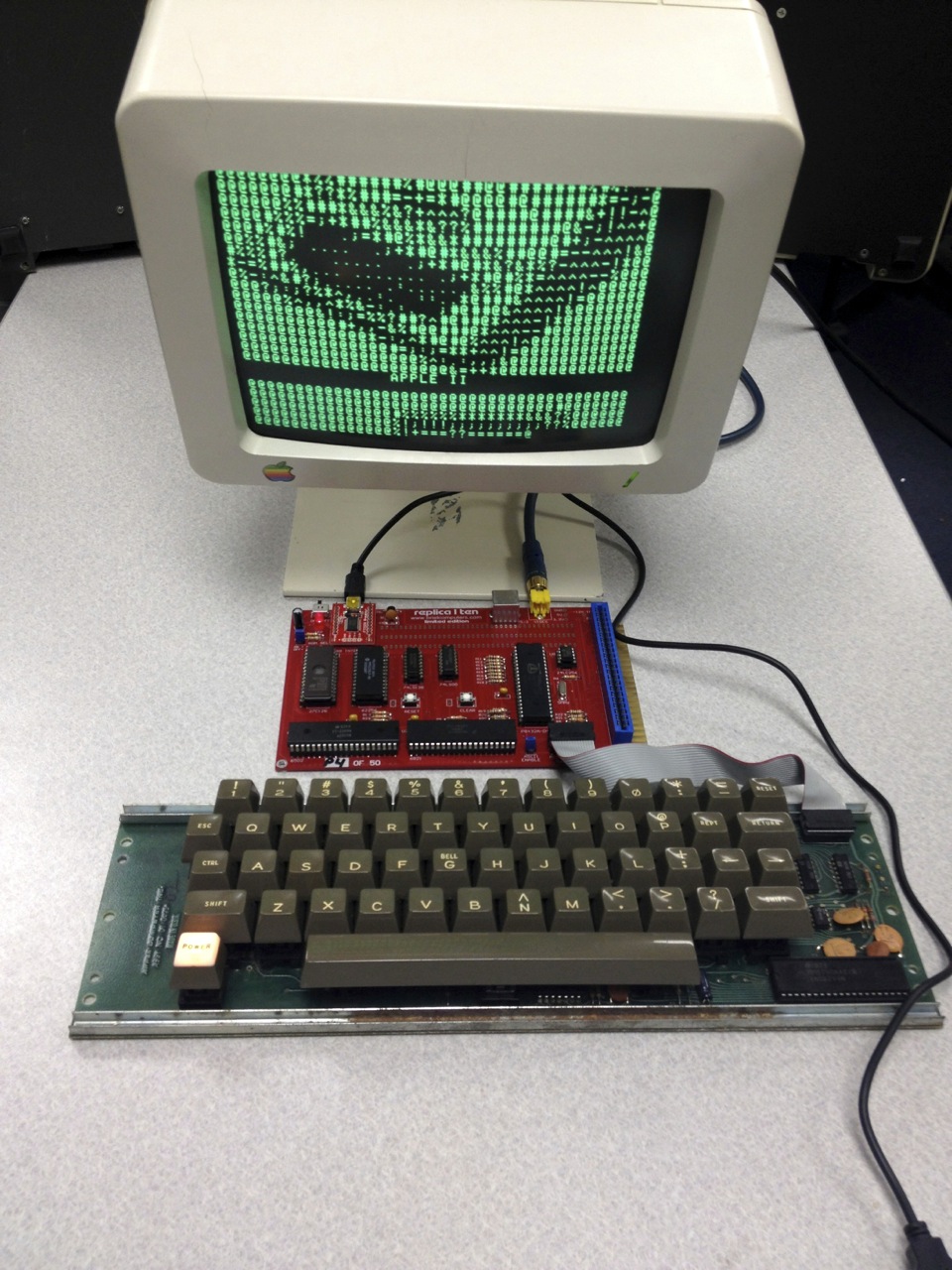 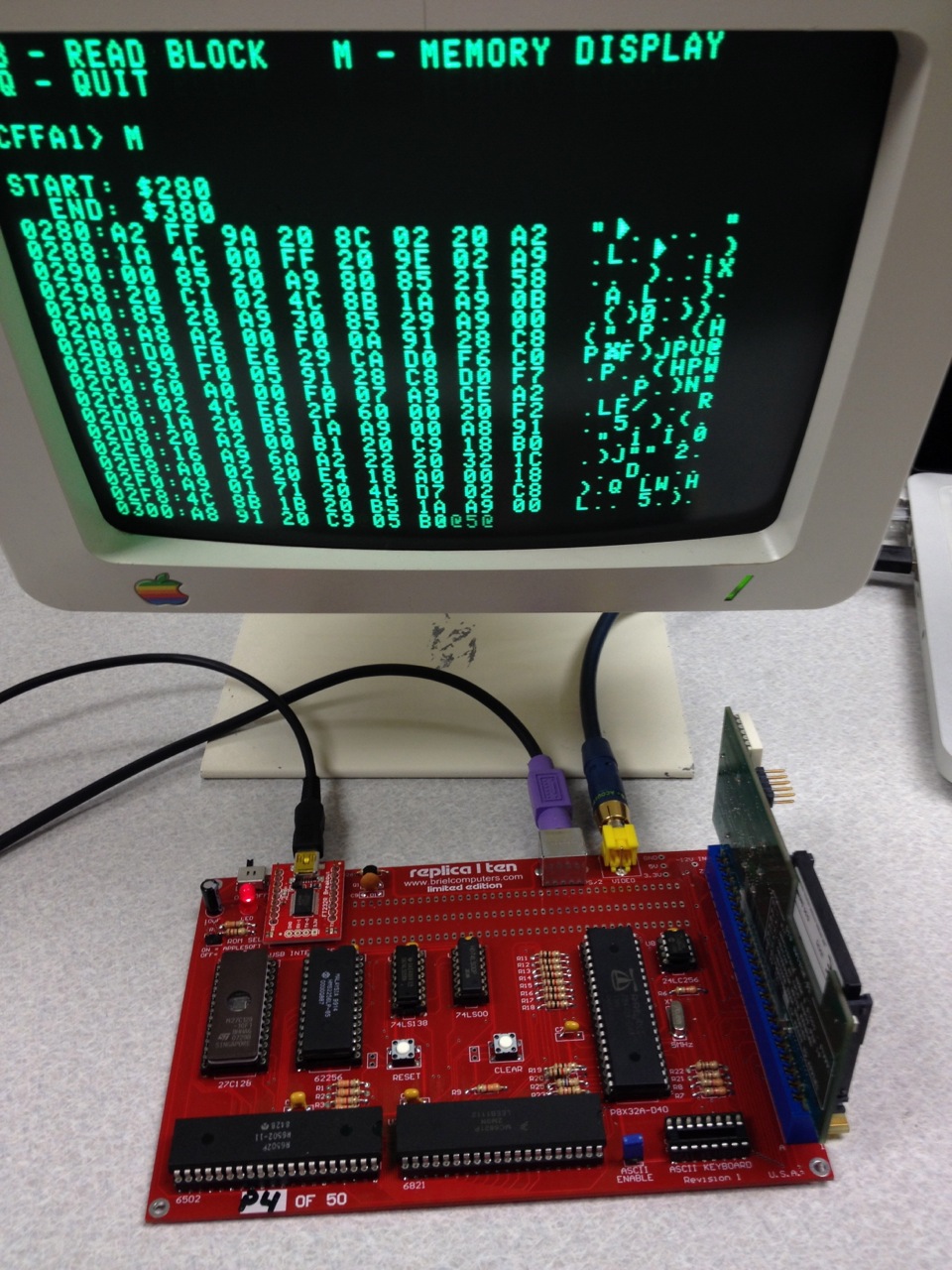 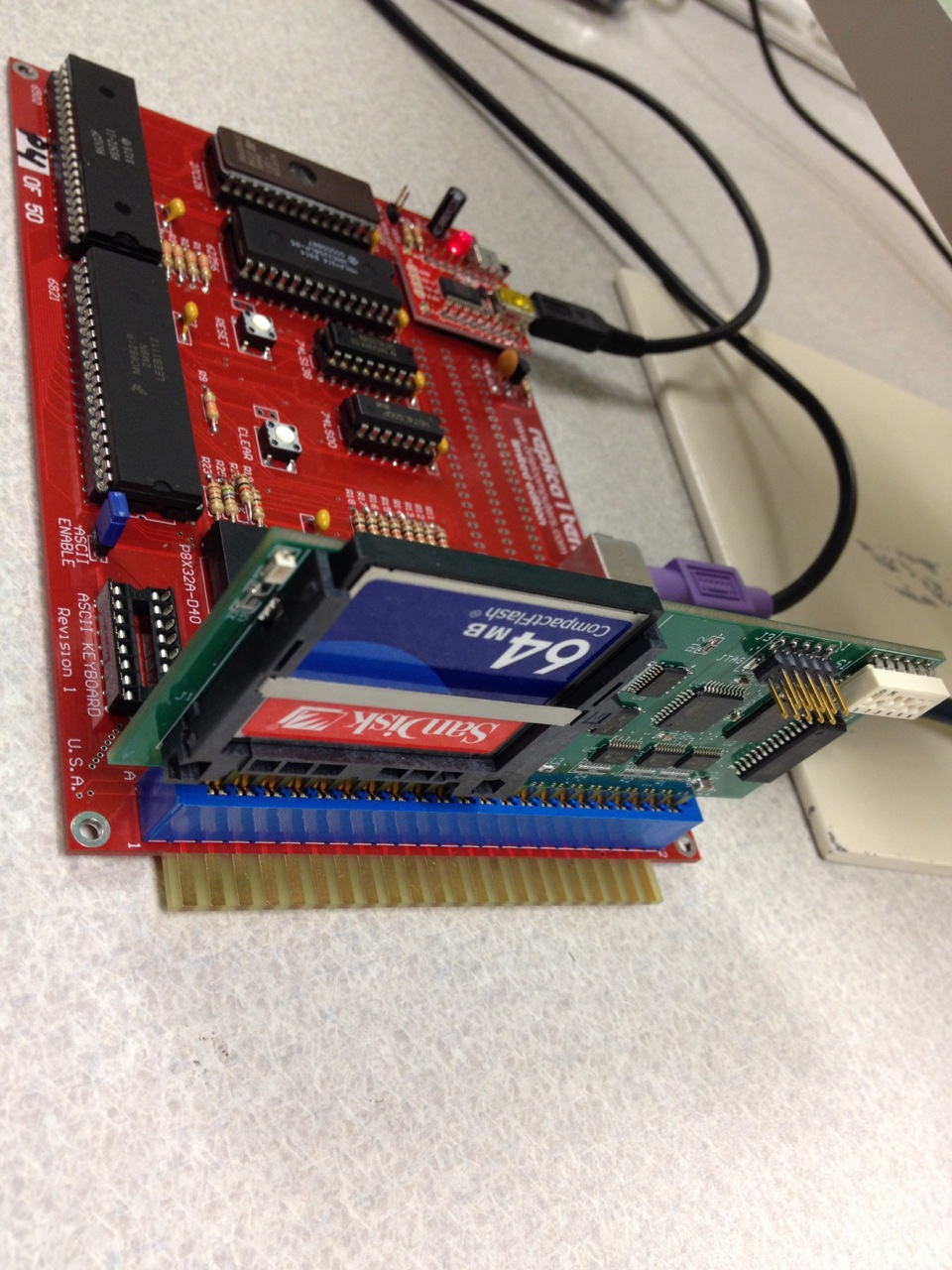