The Computerist was a company founded by Robert M. Tripp.

On this page information on the PLUS hardware for KIM-1, AIM 65, SYM-1.. Updated April 2022 with contributions by Friedrich Hofmann. 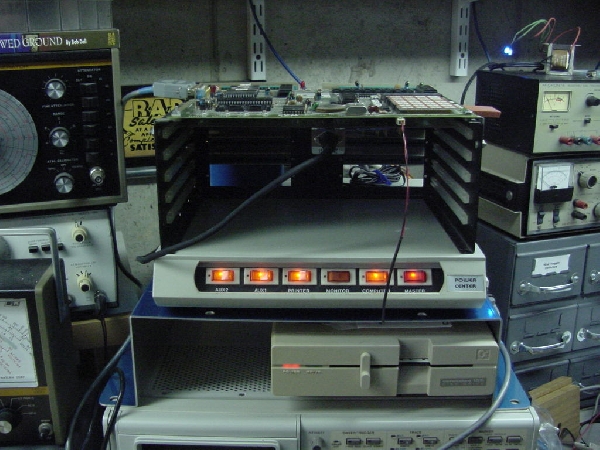 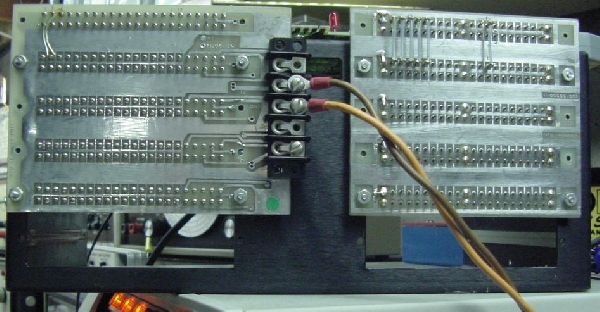 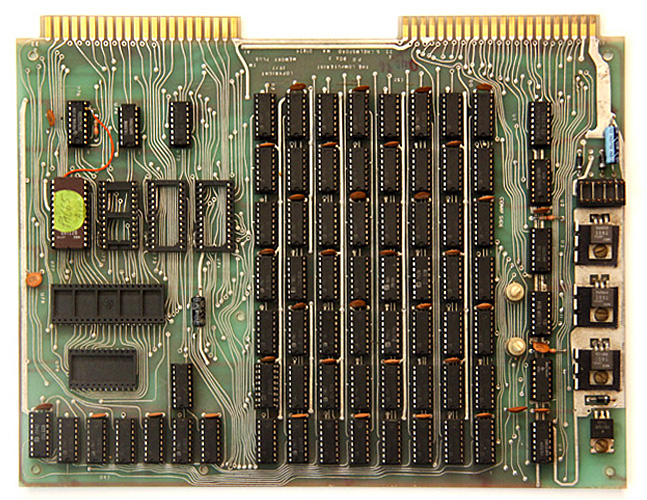 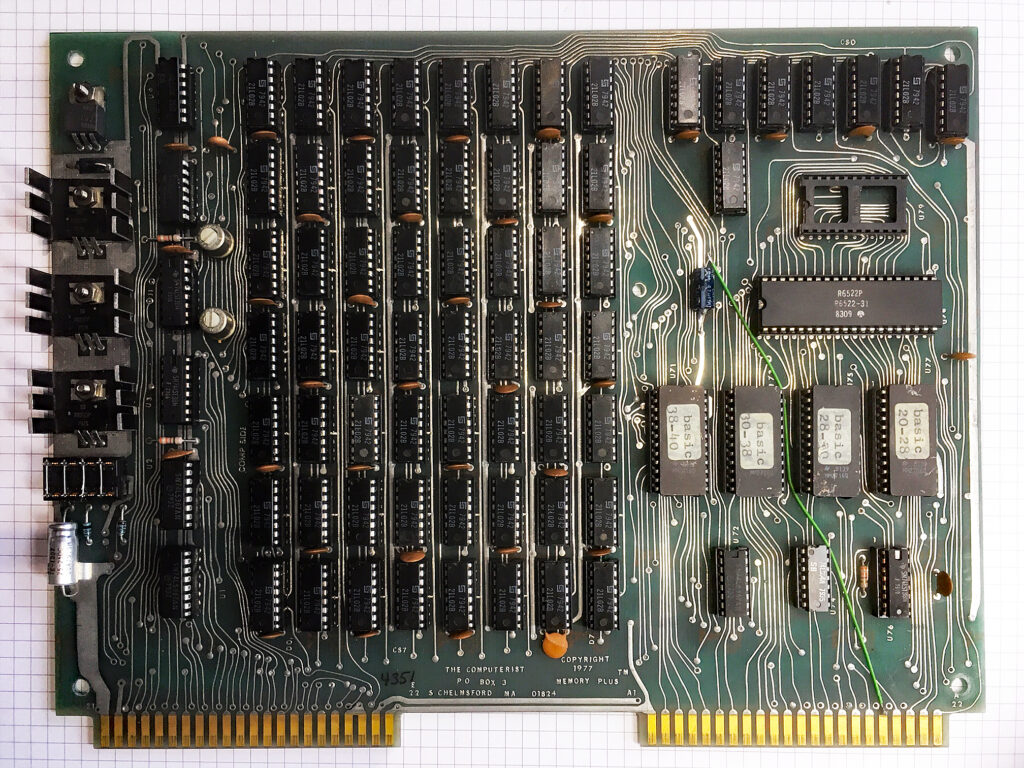 Archive of the magazine Micro here.

From apple2history.org description of MICRO 6502 Journal: 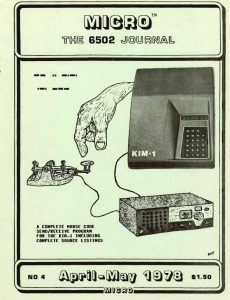 Robert M. Tripp got his start with computers in 1960 as an undergraduate in an unrelated field. He found the computer programming so interesting that he became a programmer in 1969, and started with the 6502 microprocessor in 1976, initially with the KIM-1 trainer sold by MOS Technology. He started a business, “The COMPUTERIST”, and sold the KIM-1 computers, as well as software and accessories for it. He started a magazine under the umbrella of his business, and named it Micro. It began publication in October of 1977, and was released on a bimonthly basis initially, going monthly in February of 1979. The first three issues were printed using his KIM-1 and he did the paste-up for the magazine on his kitchen table. He later began to use a local publishing company to create the magazine. By early 1980 the publisher name had changed to MICRO-INK, Inc. 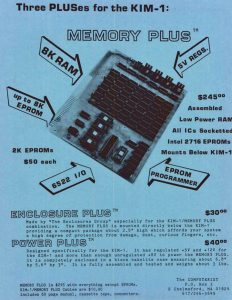 The magazine covered the 6502 microprocessor (and later the 6809) in all the various computers that used it, including the KIM-1, the AIM-65, the C1P, the Commodore PET, the Ohio Scientific, the Atari 800, and, of course, the Apple II. It was an excellent source for machine level code for the 6502, eventually including more and more articles that applied specifically to the Apple II. Ultimately, about half of the articles in each issue dealt with the Apple II.

Many general-purpose machine language articles appeared in its pages, such as “Improved nth Precision” (code optimization for the 6502), “Precision Programming”, and “Computer Assisted Translation Of Programs From 6502 to 6809″. They also carried do-it-yourself hardware articles, such as “C1P To Epson MX-80 Printer Interface”, “PET/CBM IEEE 448 To Parallel Printer Interface”, and “Apple II Digital Storage Oscilloscope”.

Hardware by The Computerist 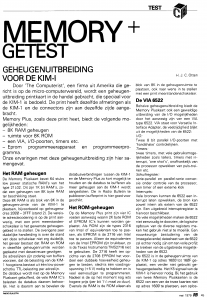 The Computerist, led by Robert Tripp, not only sold software like MicroChess,  published the Micro Magazine, also designed and sold hardware.

The Dutch company, Ing. Bureau Koopmans (a one man company, active in the early years with KIM-1, OSI Scientific and such) represented The Computerist in the Netherlands, and he showed me in 1979 some of the Plus hardware series for the KIM-1, SYM-1 and AIM-65 systems:
– MEMORY PLUS: 8K RAM, 8K ROM, VIA 6522, 2716 EPROM programmer
– Proto Plus, a DIY board
– VIDEO PLUS, a glass teletype video card

I did a review of the Memory Plus in May 1979, see also the dutch magazine Radio Bulletin page. 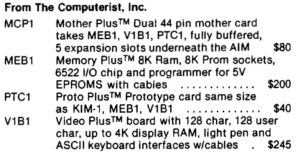 A range of hardware was developed and sold by the Computerist, under the brandname PLUS. 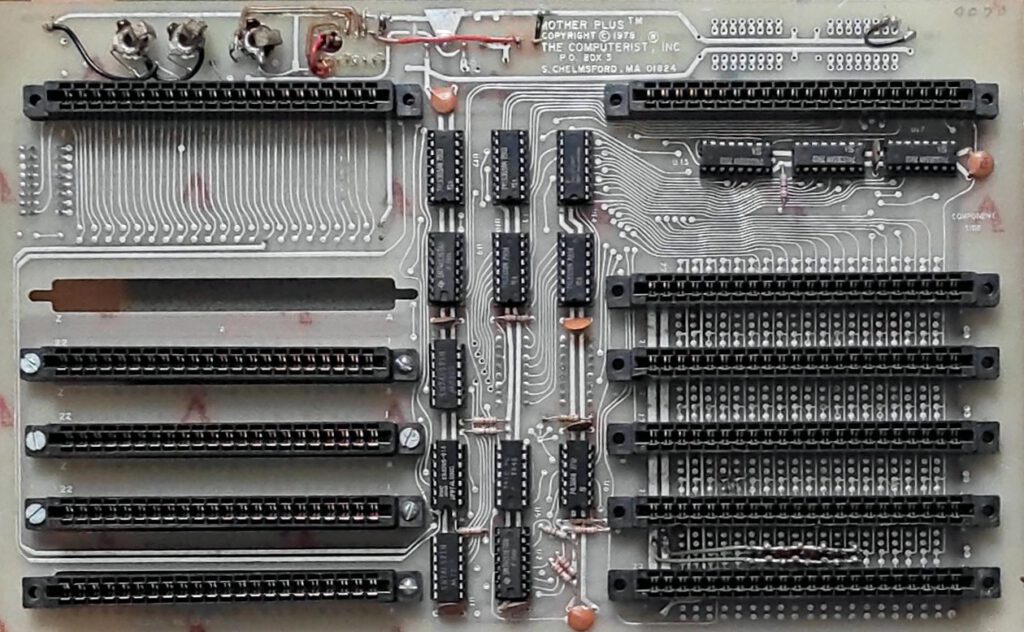 A backplane for KIM-1/SYM-1/AIM 65. Accepts the Plus boards described below.

The MEMORY PLUS board is a RAM/ROM expansion board for  KIM-1, SYM-1 or AIM65. Made by the The Computerist.

With up to 8k of RAM, 8k of (EP)ROM and the ability to program EPROMs (2716) this was quite the must have upgrade for anyone who could afford it.

Here The Manual in HTML format, original OCRed by Lee Davison, corrected and enhanced with Appendix A Circuit Diagram and Application Note #1 by Hans Otten.

And here the MEMORY PLUS manual in PDF format, Appendix A, the circuit diagrams  foldout Application Note #1 is now included, added by Hans Otten. 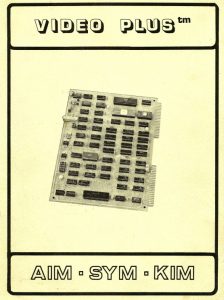 VIDEO PLUS is designed to work with the KIM-1, SYM-1 and the AIM 65 computers. It offers: 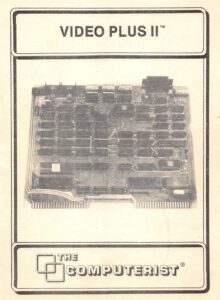 Video PLUS II is an updated Video PLUS, a Versatiel Video Expansion Board, with: 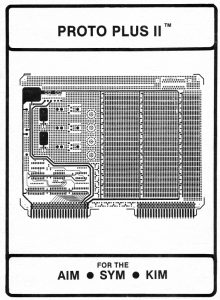 The PROTO PLUS II is a board to interface digital logic to a KIM-1, SYM-1 or AIM 65. A large breadboard area is available.

The board has the standard KIM-1 44 pin edge connector. A power regulator for 8V to + 5V is on the board.

The board has  address, data bus and signal bus buffering and address decoding for tom select a 8K page in memory and kIM-1 8K decoding. 3 gates of a 74LS32 is available for general use.

Here the PROTO PLUS II manual, with circuit diagram. 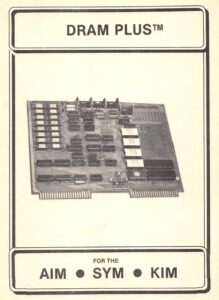 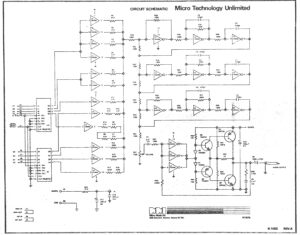 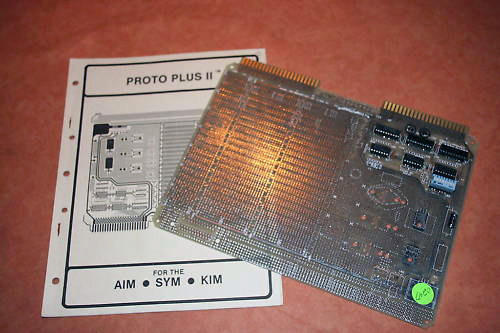 Files for the VIDEO and PROTO PLUS: Thanks to Dave Colglazier at Original Woodworks.

Video PLUS II and DRAM PLUS: thanks to Friedrich Hofmann