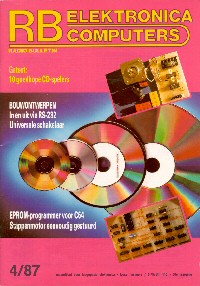 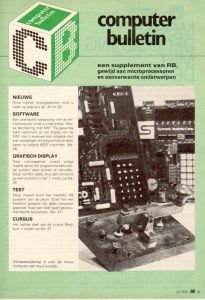 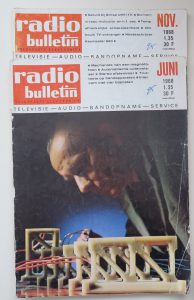 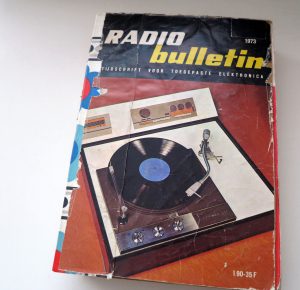 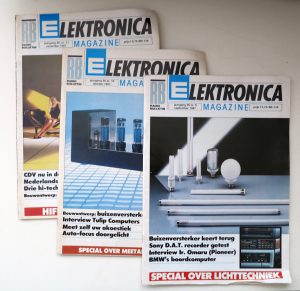 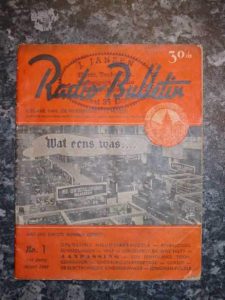 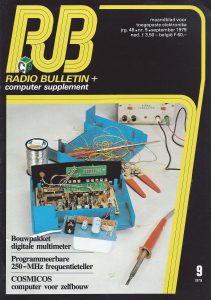 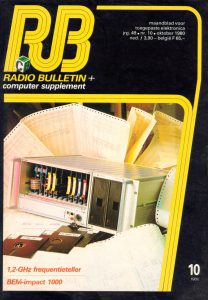 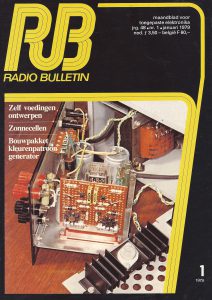 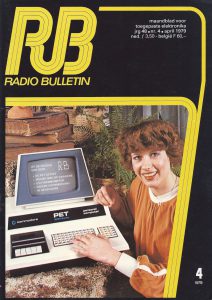 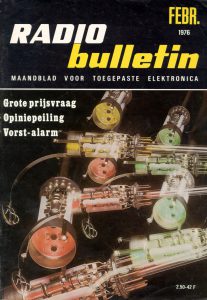 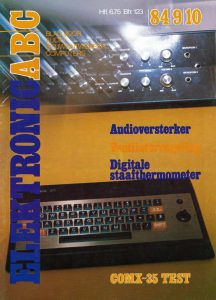 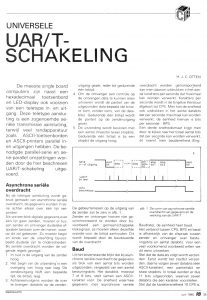 The dutch magazine Radio Bulletin (RB, RB Electronics) has a long history, going way back to the early years of electronics. The name was derived from what electronics meant for amateurs in these days: building radios yourself.
It was published by Uitgeverij de Muiderkring, a publishing company in the Amroh group of companies.

The magazine was published in large volumes in the years 1970-1985, due to the popularity of do-it-yourself electronics and audio. Also the beginning of the microprocessor revolution was adequately covered and the great years of the hobbycomputers 1980-1990 were contributing to the success. Besides the magazine Uitgeverij de Muiderkring published many books on electronics. After 1990 the success faded and the magazine left the mass market and stopped in 2003. The publishing company Uitgeverij de Muiderkring, together with Amroh, went bankrupt in 2002 (I lived closely to the last location and saw the empty offices when passing by).

In 1977 Dick de Boer joined the staff of RB and introduced the readers to microprocessors and in particular the 6502 and the KIM-1. Also the KIM Gebruikers Club and the HCC were founded that year and RB started to write articles about all this exciting new developments!
I was then already a freelance writer about electronics but Dick made me study the microcomputer such as the KIM-1 and made me join the KIM
Gebruikers Club and the HCC (member 760 member). Dick de Boer, his successor Paul de Beer and me (Hans Otten) and others wrote many articles about the KIM-1 and related 6502 based systems for Radio Bulletin. Especially Dick wrote good introduction articles and developed sophisticated hardware and software like a graphical display. After leaving the magazine he became a software engineer and helped me also to my first job as software engineer in 1980. Me and Paul de Beer concentrated more on expanding 6502 systems like the KIM-1 with memory (RAM, ROM) and I/O cards like PIA, VIA and ACIA and mass-storage such as the Mini Digital Cassette Recorder. The bus of this expansion system was the so called BEM-bus.

All these articles are downloadable here, as they describe my publishing history and my KIM-1 system, designs by us of which the prints sold quite well. As you can see in the long list of articles the KIM and the 6502 played a major role in the microprocessor revolution starting in 1977 and lasting until 1987 for me.

What you see about Amroh, Uitgeverij de Muiderkring and Radio Bulletin is:

– Selection of my and others articles 1977 – 1987 in Radio Bulletin
– the RB Specials
– the Cosmicos 1802 CPU based system by H.B. Stuurman, book and articles
– some bits about the long history of Radio Bulletin
– Elektronica ABC, the diy magazine