The Retro Chip Tester was developed to test “old” memory chips from the 1970s and 1980s, which are often no longer recognized by today’s programming devices. 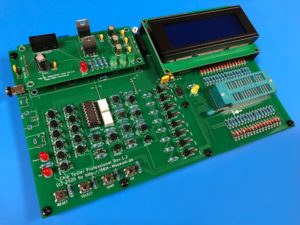 Ascii Video terminal
Design by Geoff Graham in the magazine Silicon Chip, 2014 I have the kit as sold by Silicon Chip, and recently bought...