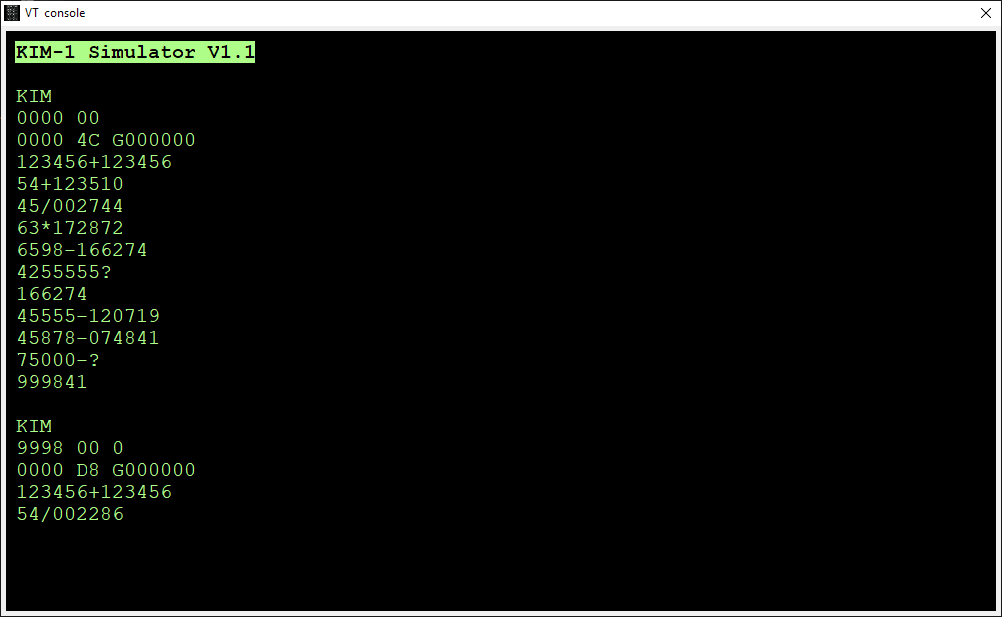 I/O via TTY or keypad/LED display, the same method as used by the KIM-1 monitor.

Two versions (scans included): a special publication from the first days of the KIM Club in a traditional 6502 assembler and a later version for the Micro ADE assembler editor.

The versions are functionally identical, the memory layout of zeropage is different.

Sources included of both versions (TASM 32), with resulting listing and papertape and Intel hex files.
As close to paper original, changes due to assembler quirks.