A new SBC in my collection: the SDK-85 made by Intel. Still functional, good looking PCB and manual.

The SDK-85 MCS-85 System Design Kit was a single board microcomputer system kit using the Intel 8085 processor, clocked at 3 MHz with a 1.3 μs instruction cycle time. It contained all components required to complete construction of the kit, including LED display, keyboard, resistors, caps, crystal, and miscellaneous hardware. A preprogrammed ROM was supplied with a system monitor. The kit included a 6-digit LED display and a 24-key keyboard for direct insertion, examination, and execution of a user’s program. It also had a serial transistor interface for a 20 mA current loop Teletype using the bit-serial SID and SOD pins on the CPU. The maximum user RAM for programs and data, on the factory standard kit, was limited to 0xC2 or 194 decimal bytes. The full 256 bytes was available on the expansion RAM. User programs could call subroutines in the monitor ROM for functions such as: Serial In/Out, CRLF, Read Keyboard, Write Display, time delay, convert binary to two character hexadecimal etc. 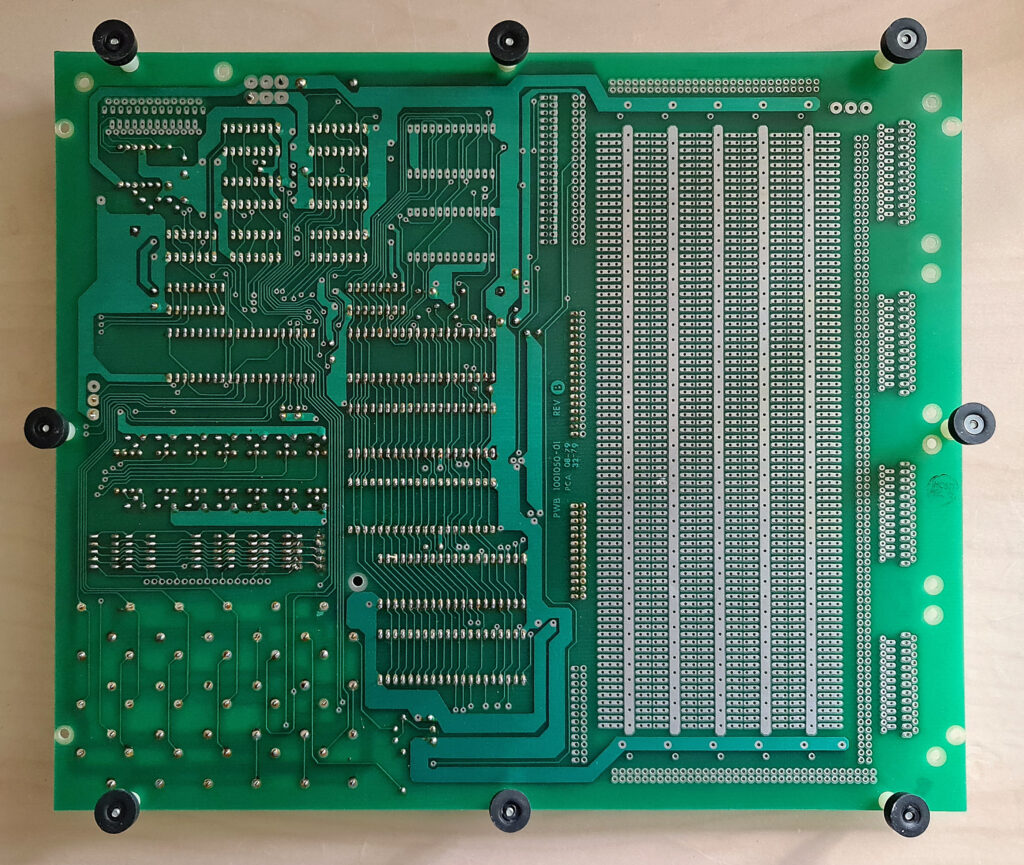 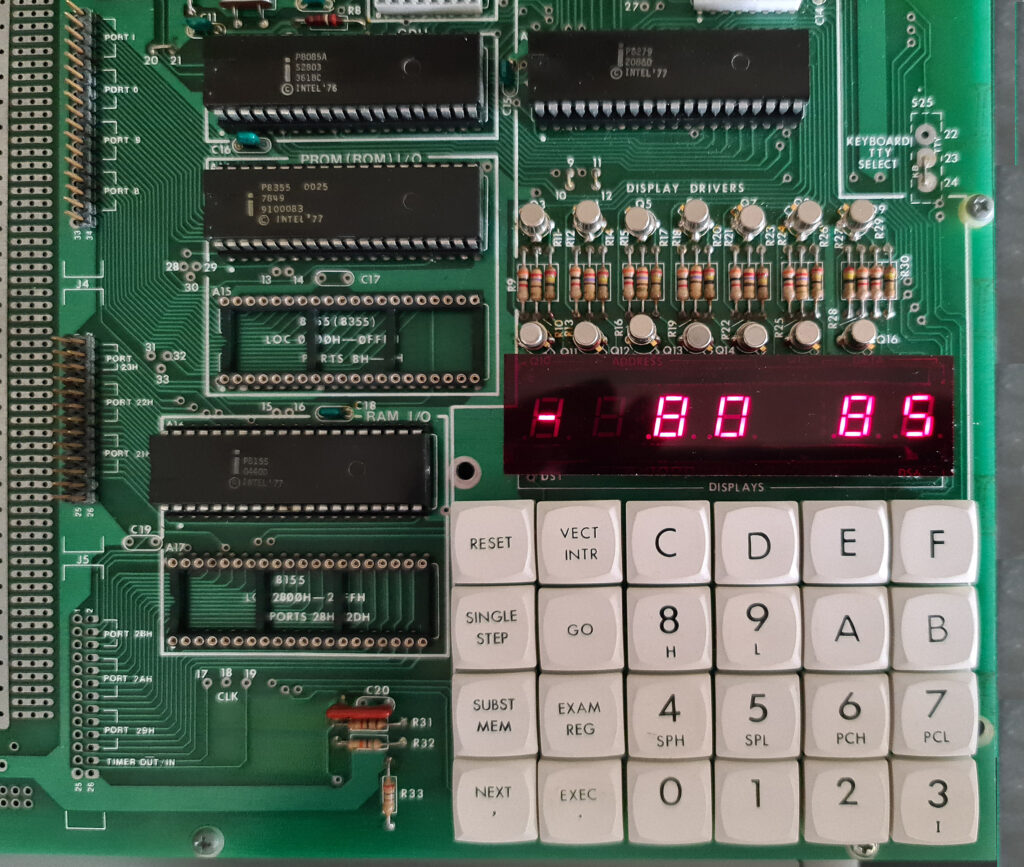