The TEC-1 is a single-board kit computer introduced by Talking Electronics in the early 1980s. The design by John Hardy and Ken Stone was based on the Zilog Z80 CPU, had 2K of RAM and 2K of ROM in a default configuration. Later versions used a 4k ROM with two different versions of the monitor software, selectable via a switch. This allowed the early software presented in the magazine to be used with the later version of the TEC-1. It was featured in 1983, in Volume 1, Issue 10 of the Talking Electronics magazine.

Talking Electronics or TE was an Australian electronics magazine from the 1980s aimed at beginners and hobbyists, founded and produced by Colin Mitchell in Cheltenham, Australia. The general magazine lasted 15 official issues, but there were many one-off publications produced in addition to the issue-based magazine. Some of these included the FM Bugs series of books, The Electronics Notebook series, and model railway projects. The first issue was in 1981, with the last issue being #15 in May 1989. Colin Mitchel has still an operational Talking Electronics website and business.

Versions of the TEC-1:

Information on the TEC-1 in the following pages: 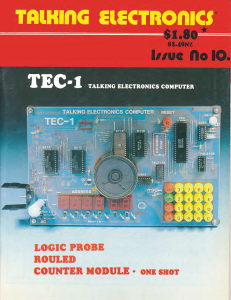 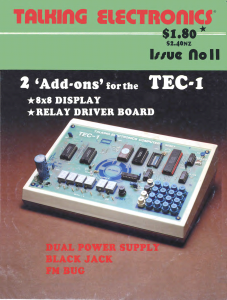 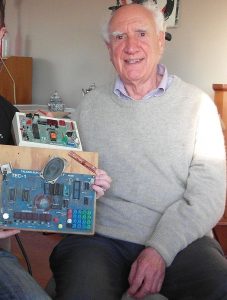 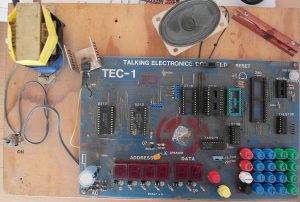 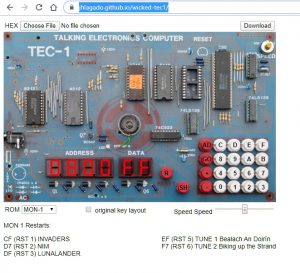 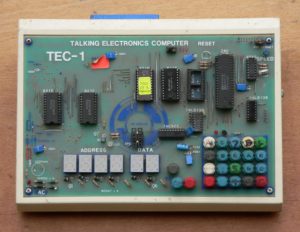 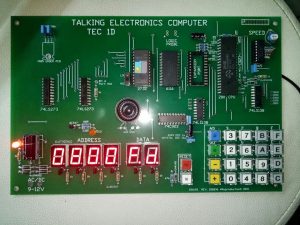