The KIM Uno, designed and produced and sold by Oscar Vermeulen, is a very simple “open-source hardware” project that started out as a replica of the classic 1976 KIM-1 computer. Later, Apple-1 compatibility and a 6502 programmable calculator mode were added, plus a built-in ‘early 6502 software gems’ collection.
It costs about $10 in commonly available parts (board & parts without case or power supply), but provides a faithful KIM-1 ‘experience’. An Arduino Pro Mini mounted on the back contains all the logic and memory.

I have two versions: the ‘original’ and the later redesigned version, Software-wise the same, with on the top of the PCB room for power connector (GND, +5V or a 9V battery) and a slide switch. , I use them with an USB cable (the blue one of this page) for power and the serial interface provided.

The software already works on the blue pill STM32 or an ESP32, with manual cabling to the keyboard/display and I expect a new version of the PCB for the ESP32.

The software for the serial interface (you really need a good serial terminal emulator, like Minicom or Tera Term) can be used on any Arduino Uno. After power on  it delivers a simulation of the LED display or the real KIM TTY teletype interface (a bit broken in the current version).

All well described on the pages of Oscar and well worth the money for a ‘6502 SBC’ experience or a Cosmac 1802 with a small LCD. 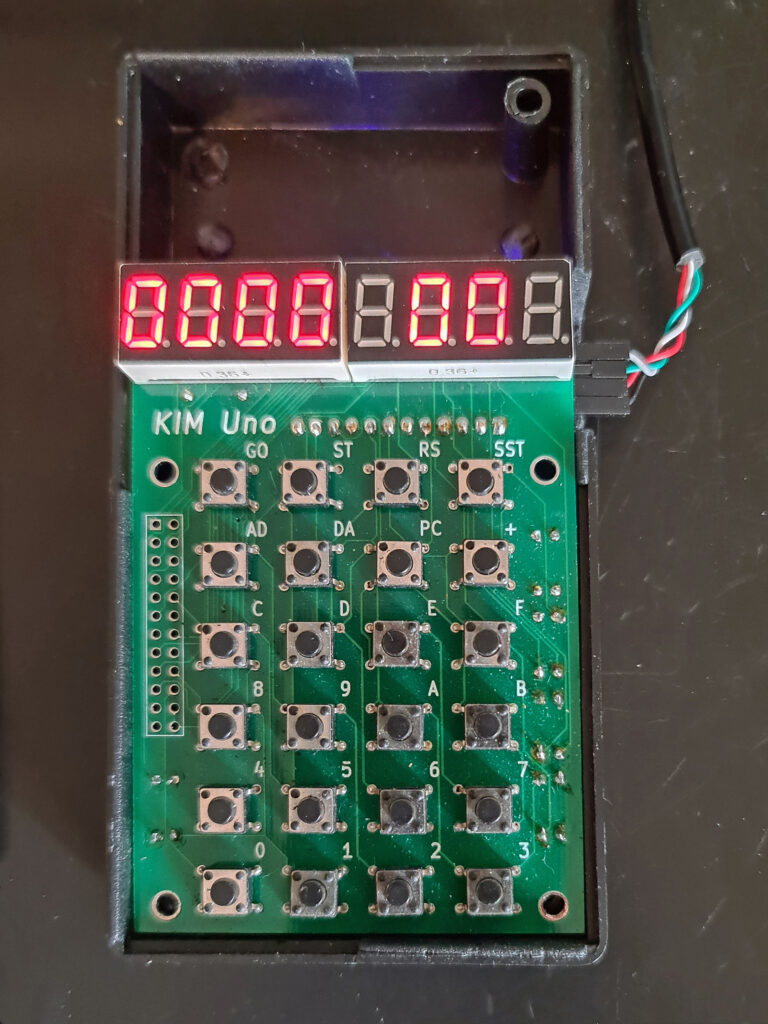 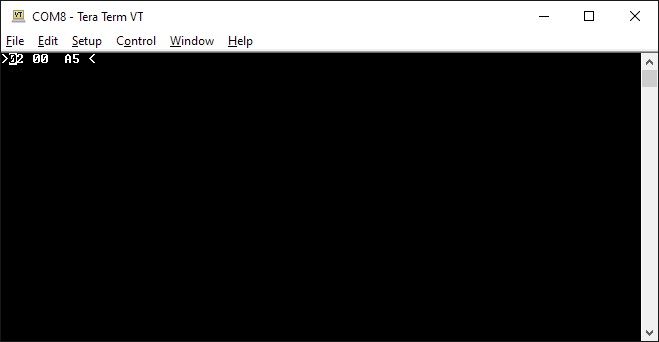 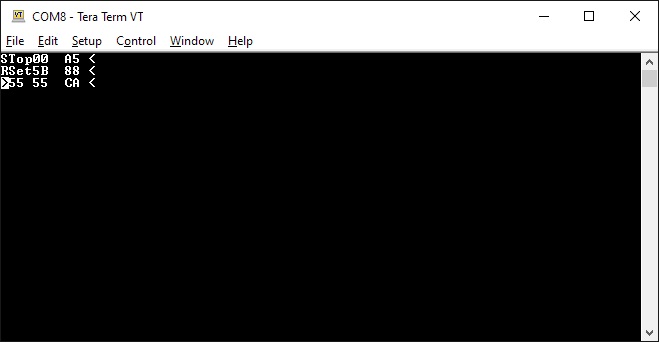 Press TAB to get into KIM TTY mode. Make sure to select on your terminal Local Echo and CAPS Lock. Read the KIM-1 User manual how the monitor operates. 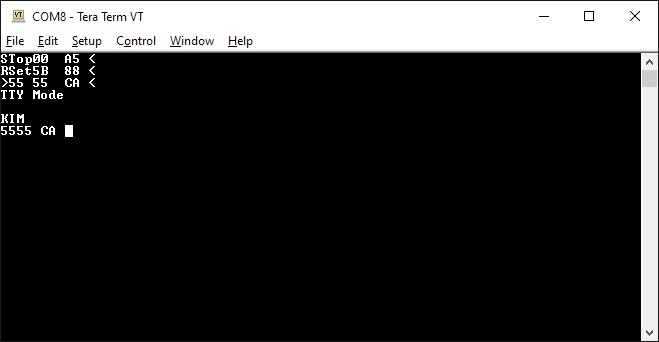 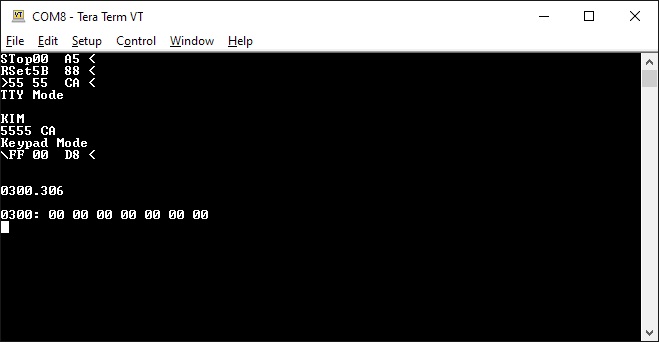 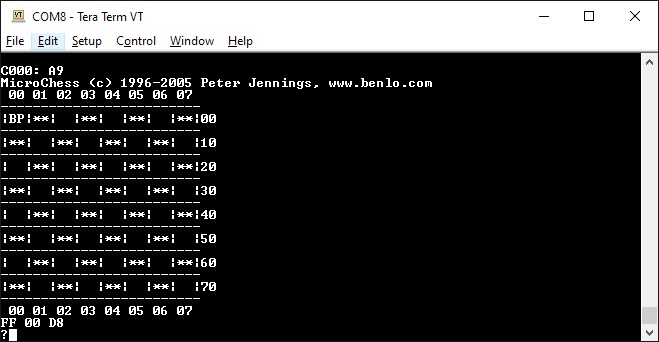 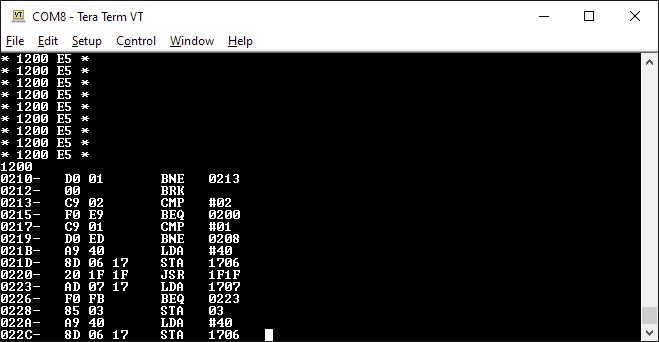