The IEC-floppy/RAM card is a card connected to the Extension connector of the KIM-1 (any KIM-1, original and replica).

The IEC card has to be connected to the I/O card via a flat-cable to access the Kx address decoding signals.

Dave McMurtrie, known e.g from the facebook group Commodore International Historical Society, is a KIM-1 and Commodore collector. This year he surprised the KIM-1 users with an implementation of the IEC protocol for the KIM-1. With an IEC interface one can access many Commodore devices like the 1541 floppy disk drive. The inertface is simple, a 7406 and some resistors and the typical DIN connector used by Commodore. Dave took the IEC routines from the C64 kernal and added a simple interface to save and load in the KIM-1 method: files have a one byte ID as filename and the same locations as the KIM-1 tape routines 17F5 -17F9 are used for start, end address and ID.
More on the 1541 IEC for KIM-1 can be found here..

How tio use (from the German userguide)
Connect a Commodore 1541 floppy drive to the IEC card, Power on the 1541 and Reset the KIM-1, that should also reset the 1541.

KB9 Basic
Netzherpes Nills posted a solution to use the IEC routines from Basic: 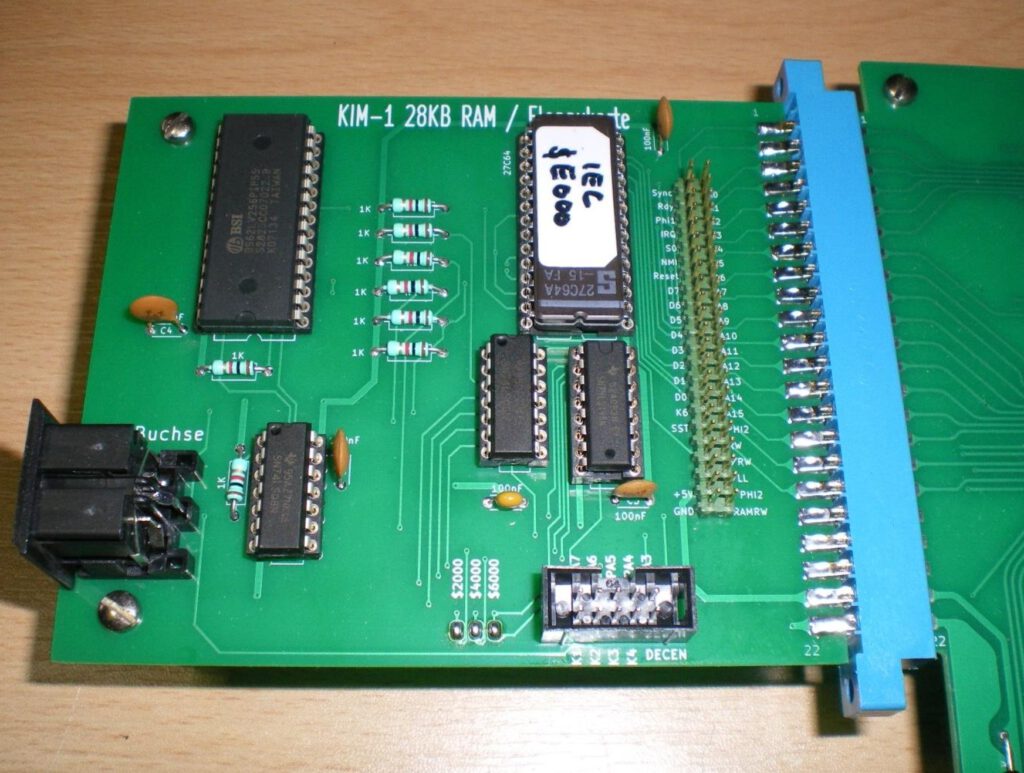 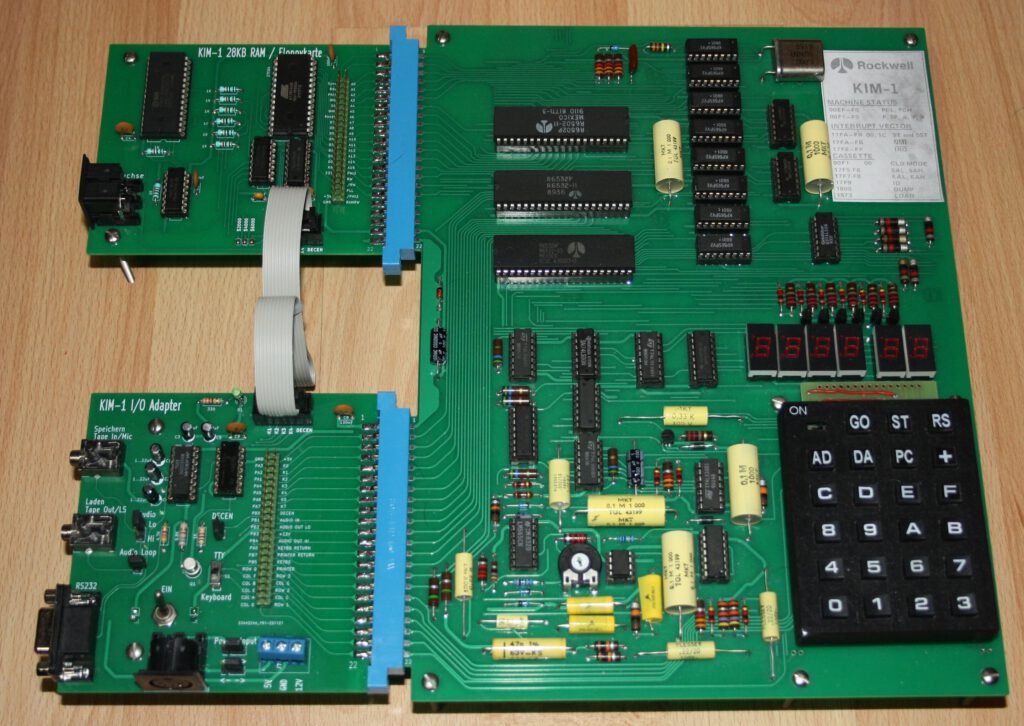