Optional add-ons to make the Micro-KIM a real KIM-1, with the second 6530/32 and a 32K RAM card to give enough RAM to run real programs like KB9 Basic.

The expansion connector is made for this. With the expansion board up to four cards can be added. 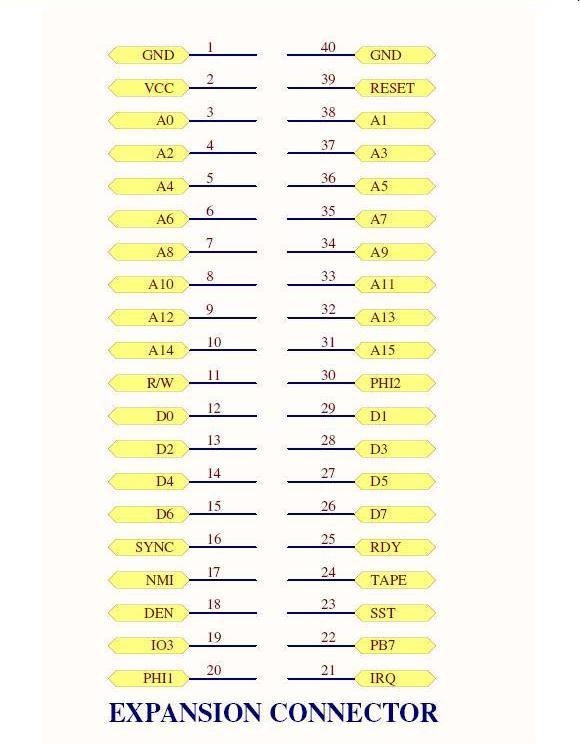 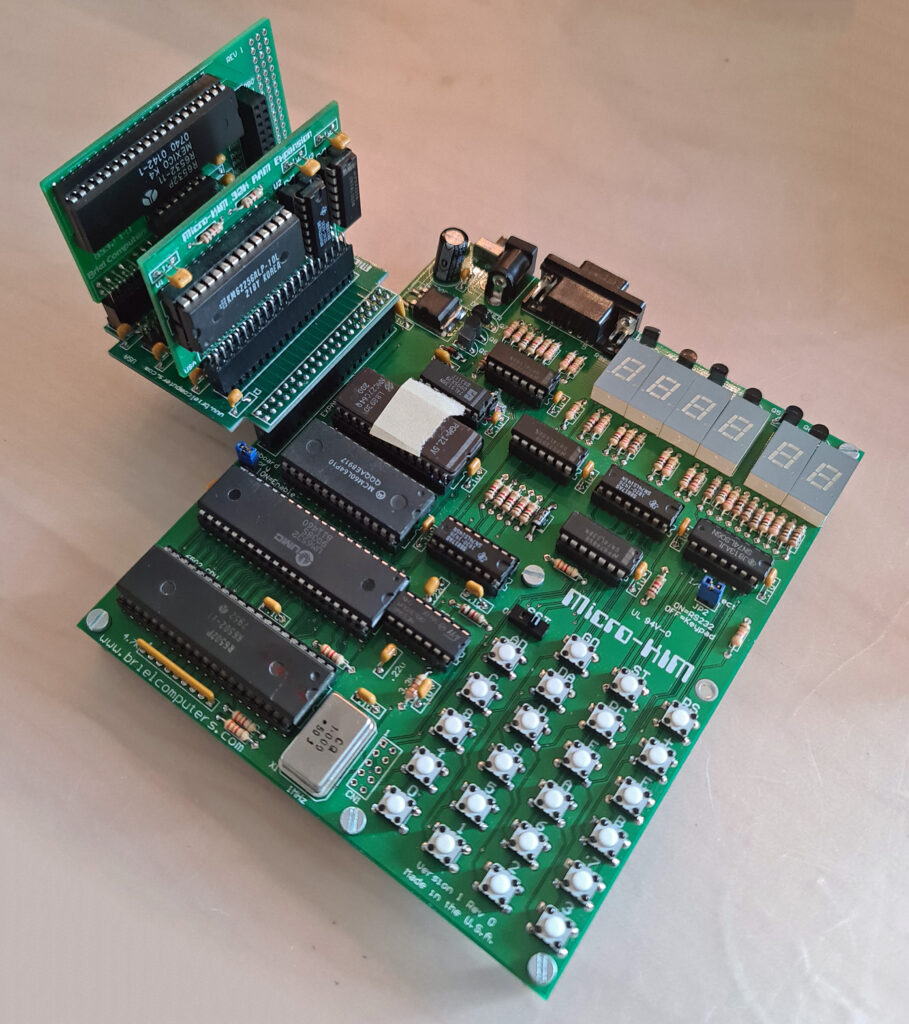 A 40 pins male connector. Pin 1 is labeled on the board and is near the edge at the upper-left corner
of the connector.

Here he description of the expansion connector. Also see the Circuit diagram. 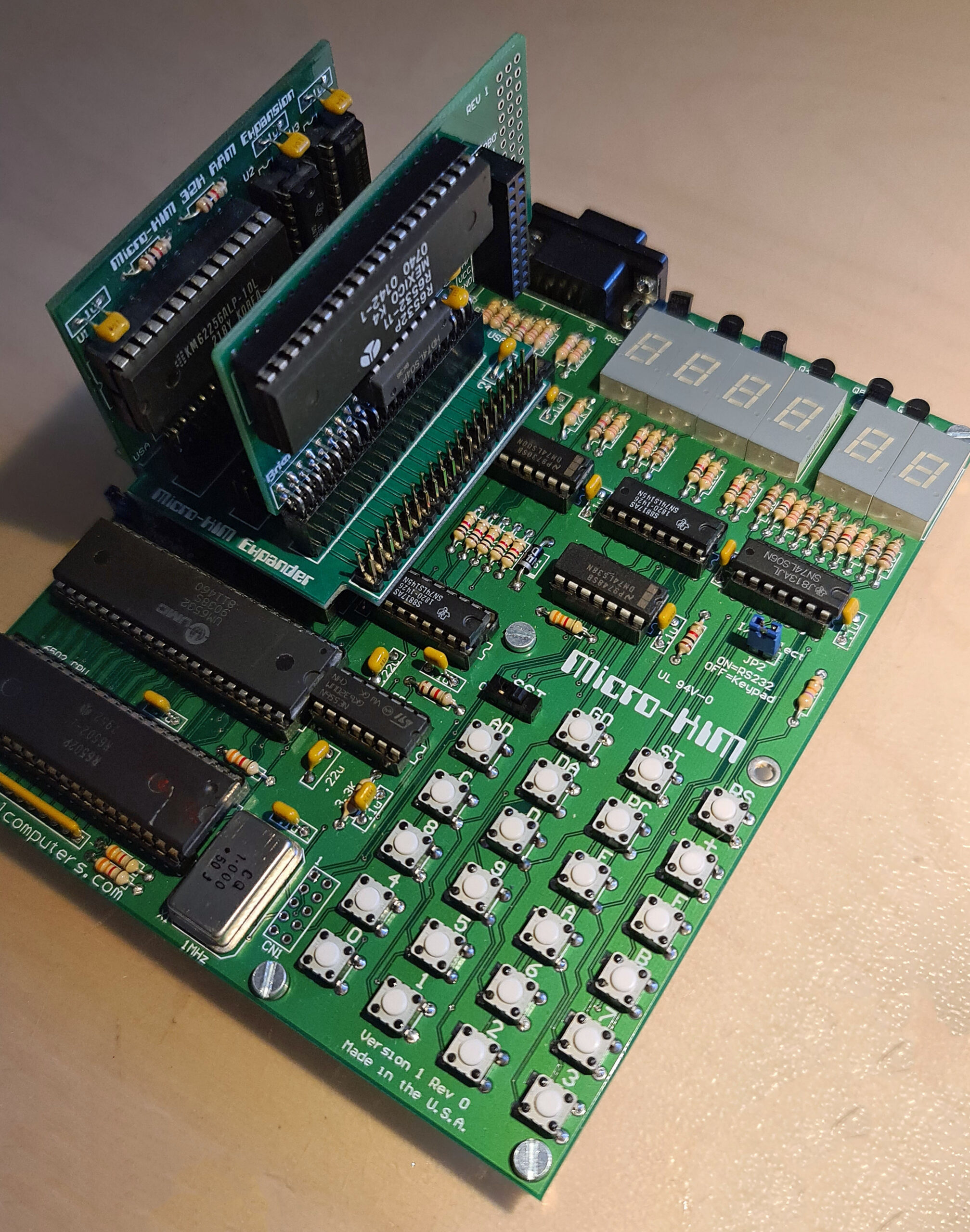 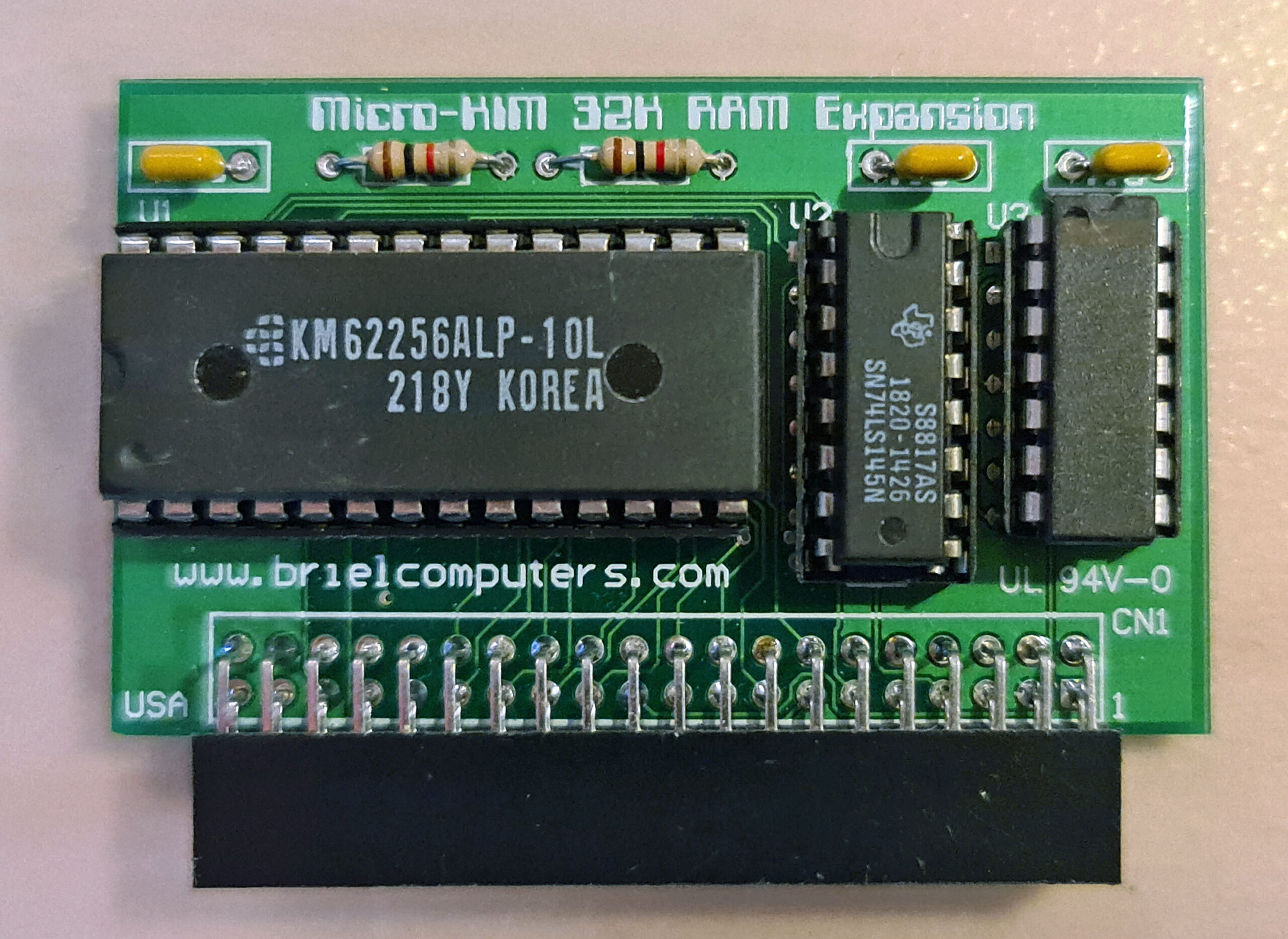 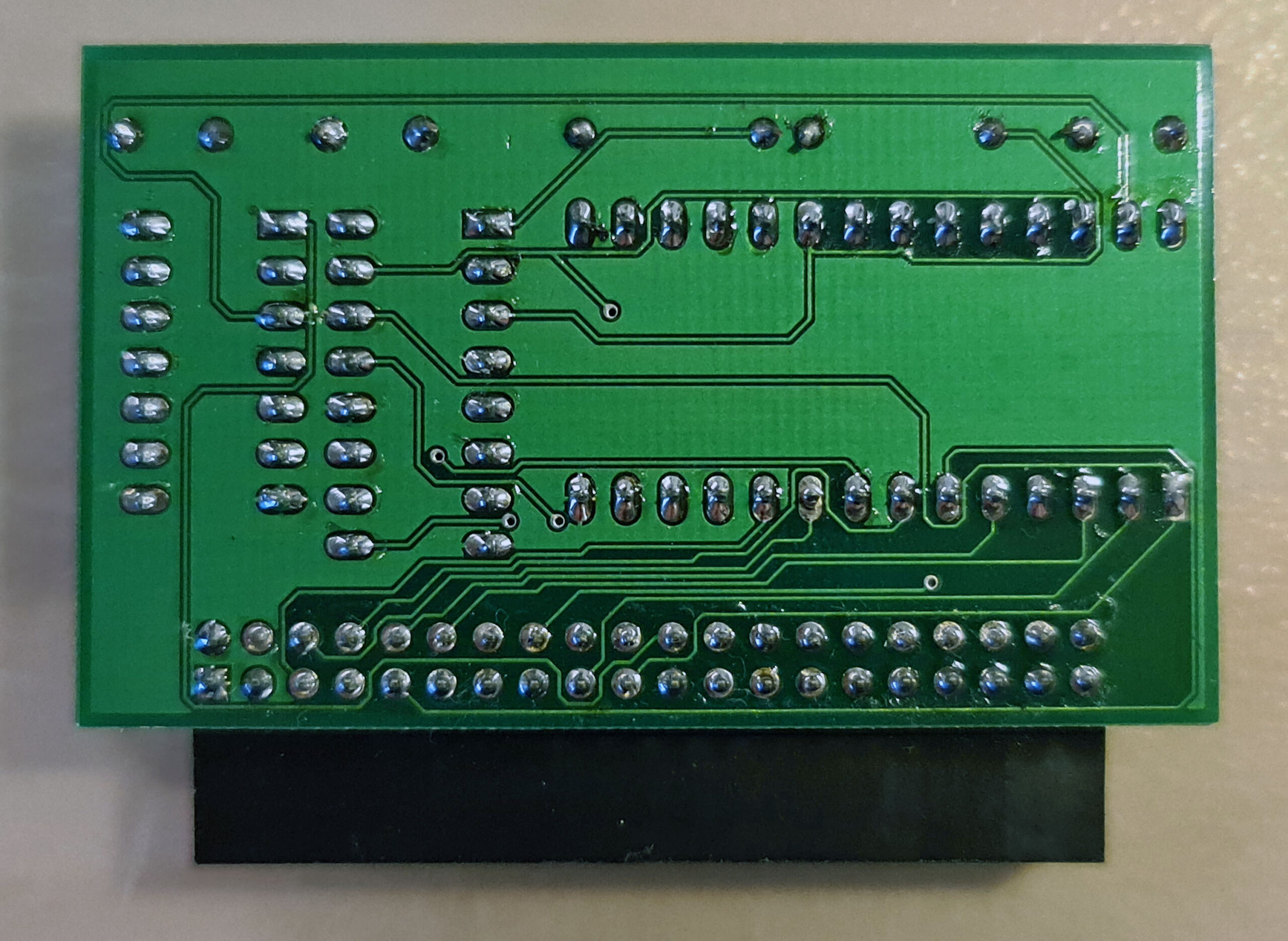 Second EPROM
The Micro-KIM is already prepared for a second 6532. The ROM for it is in place, the address decoding is also available. This card brings the second 6532 with the free I/O and timers to connector. 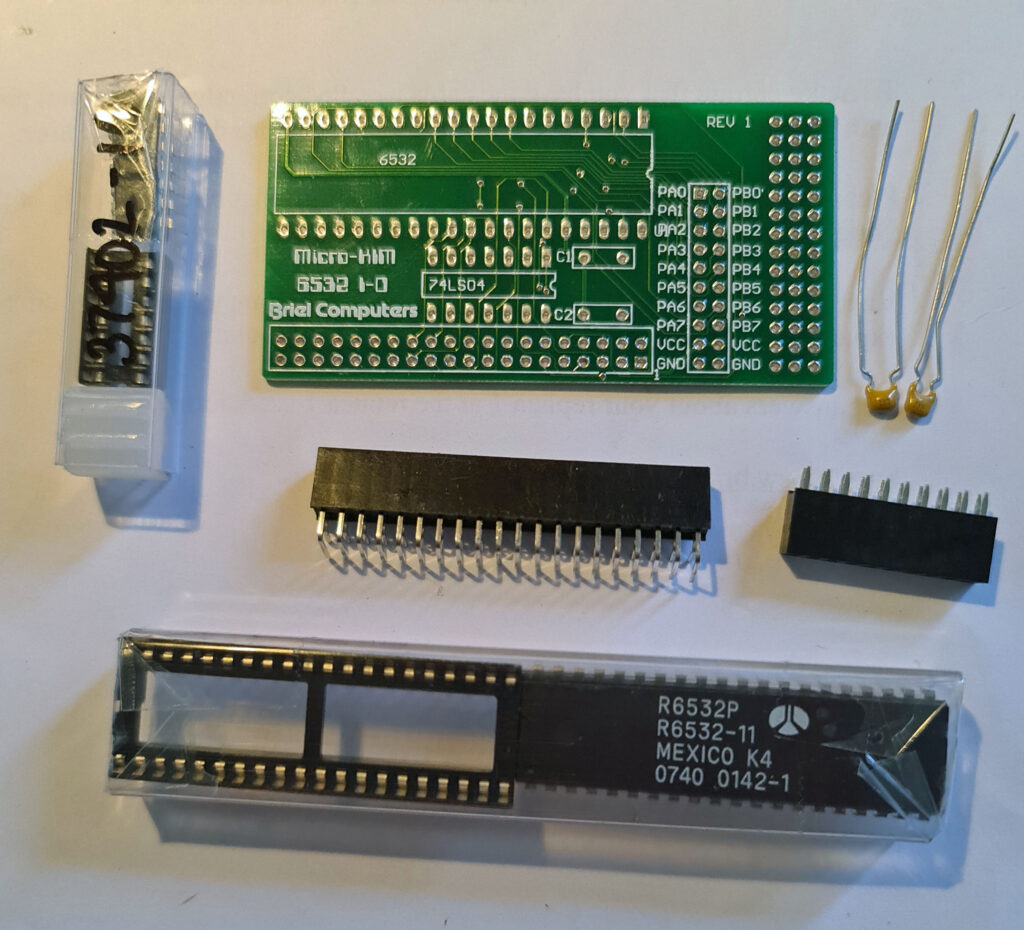 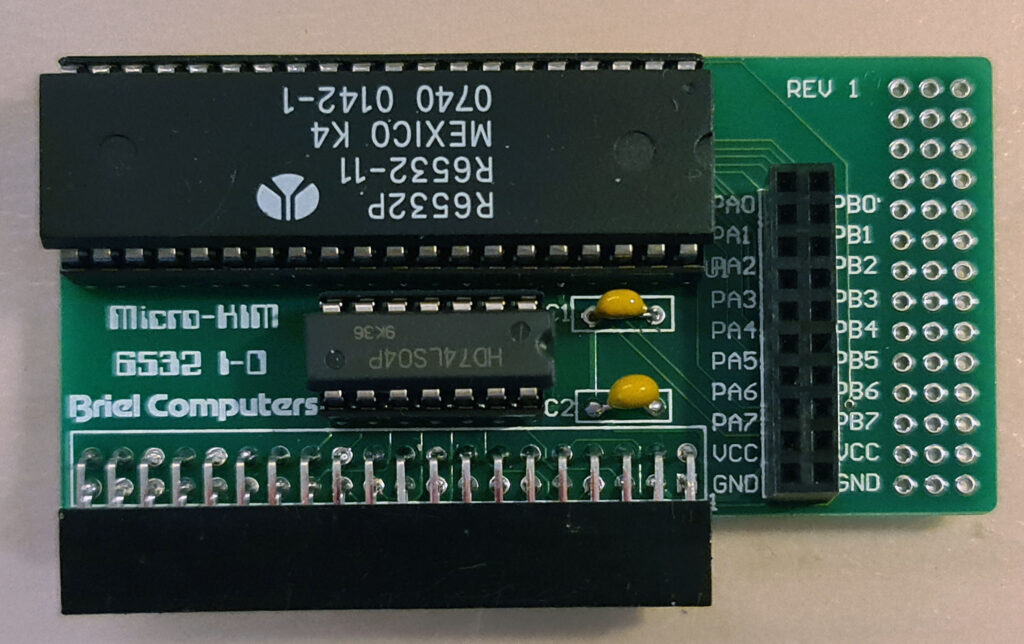 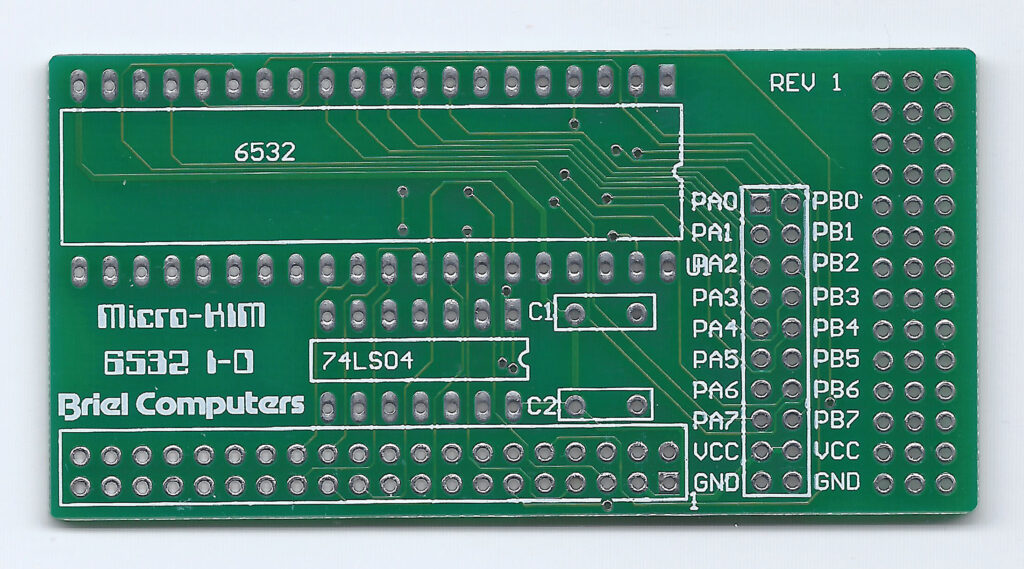 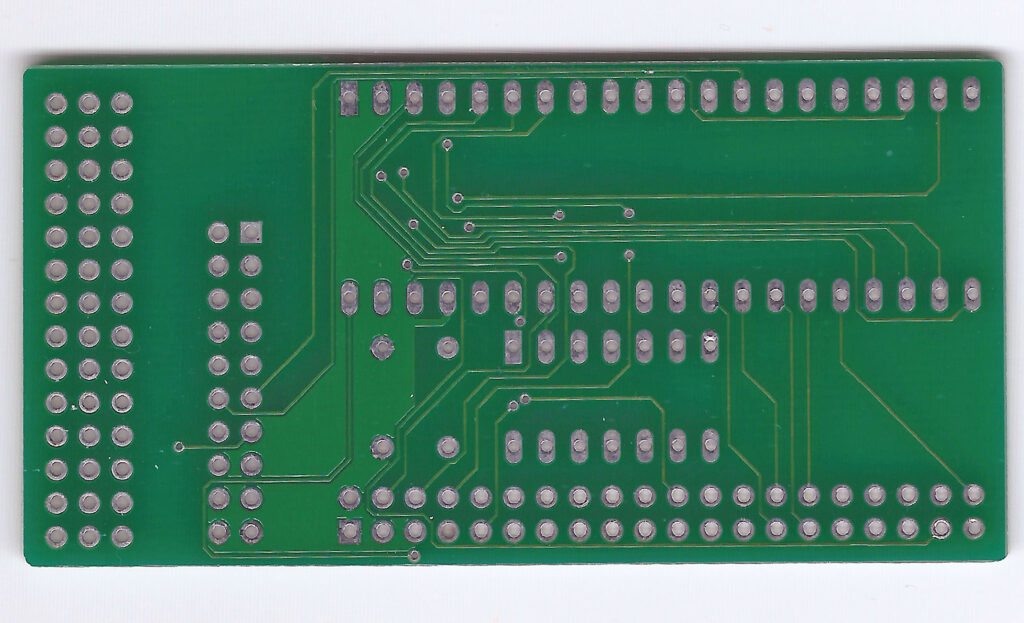 The revision I have needs a wire to connect the missing ground line to the 74LS04 (tip from azog, Silent Q). 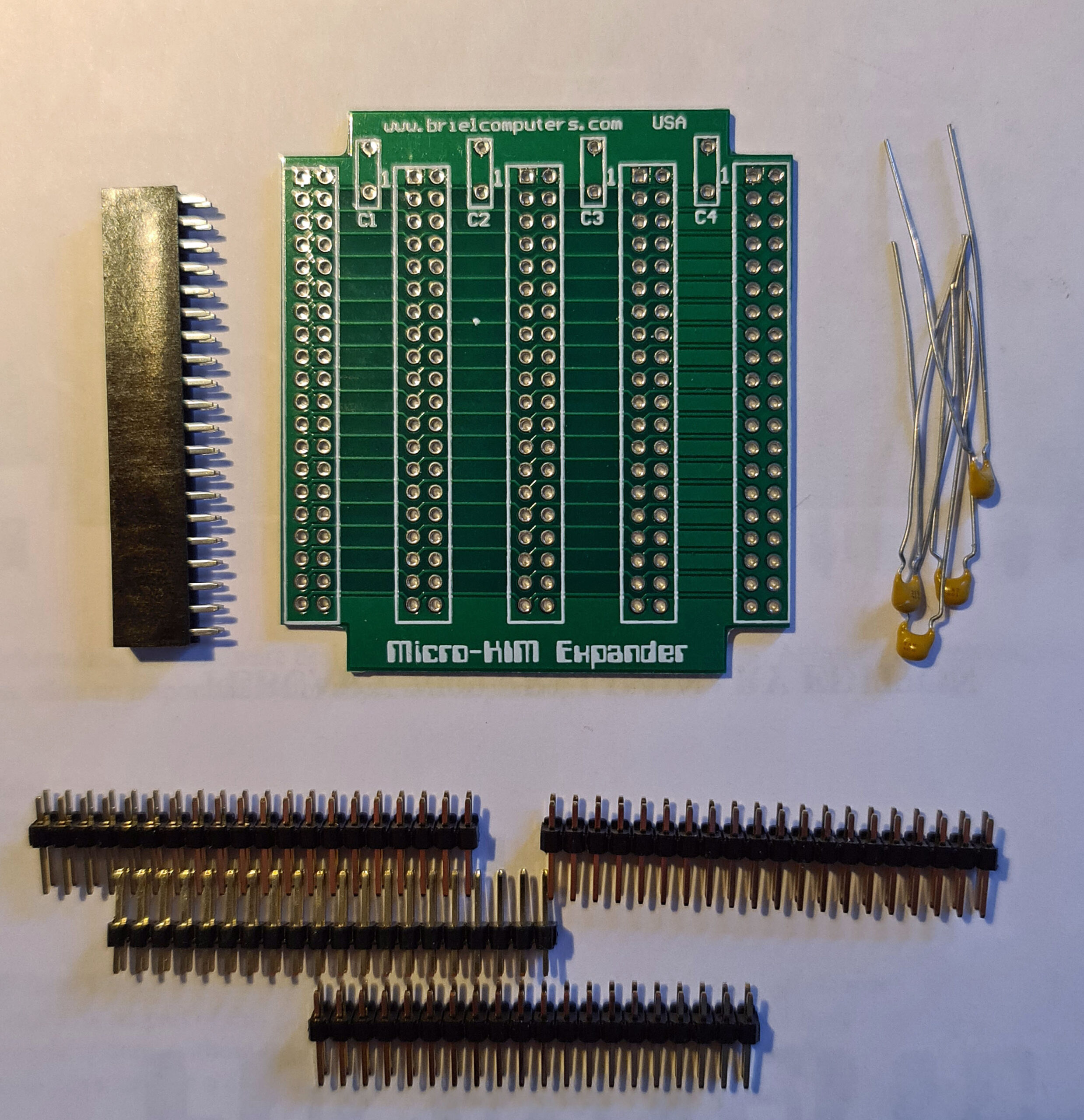 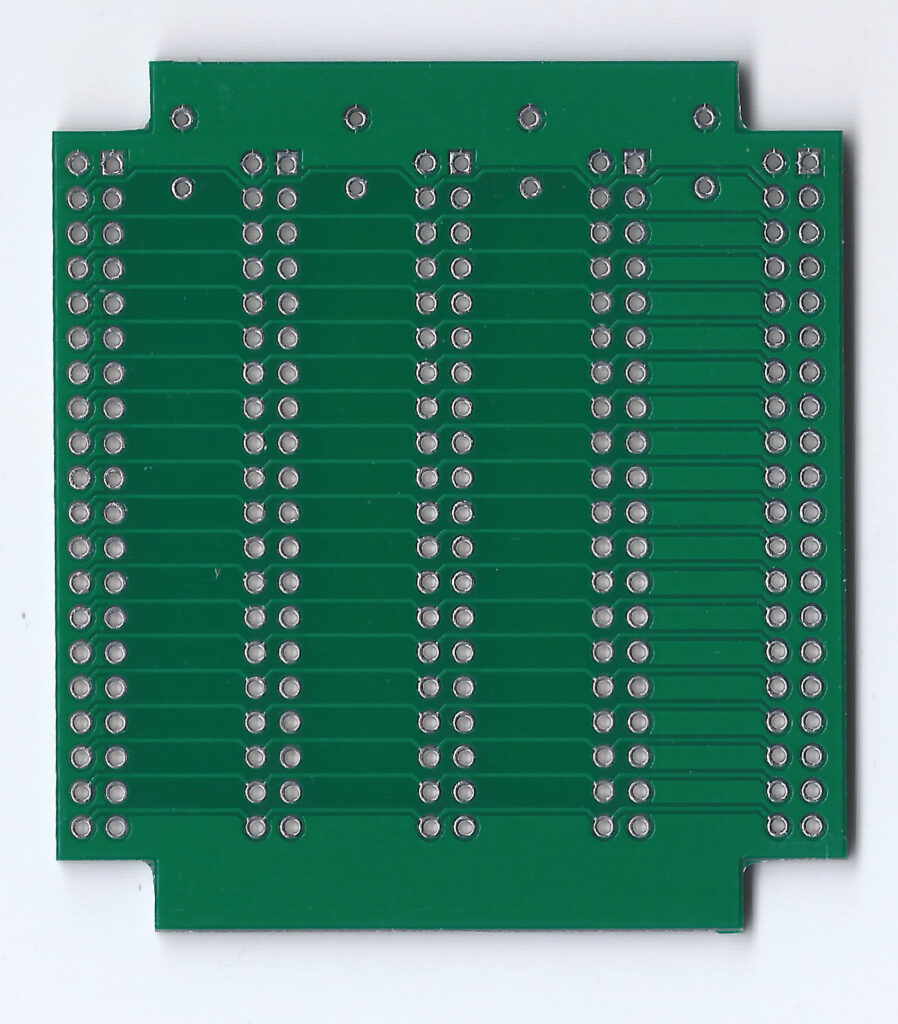 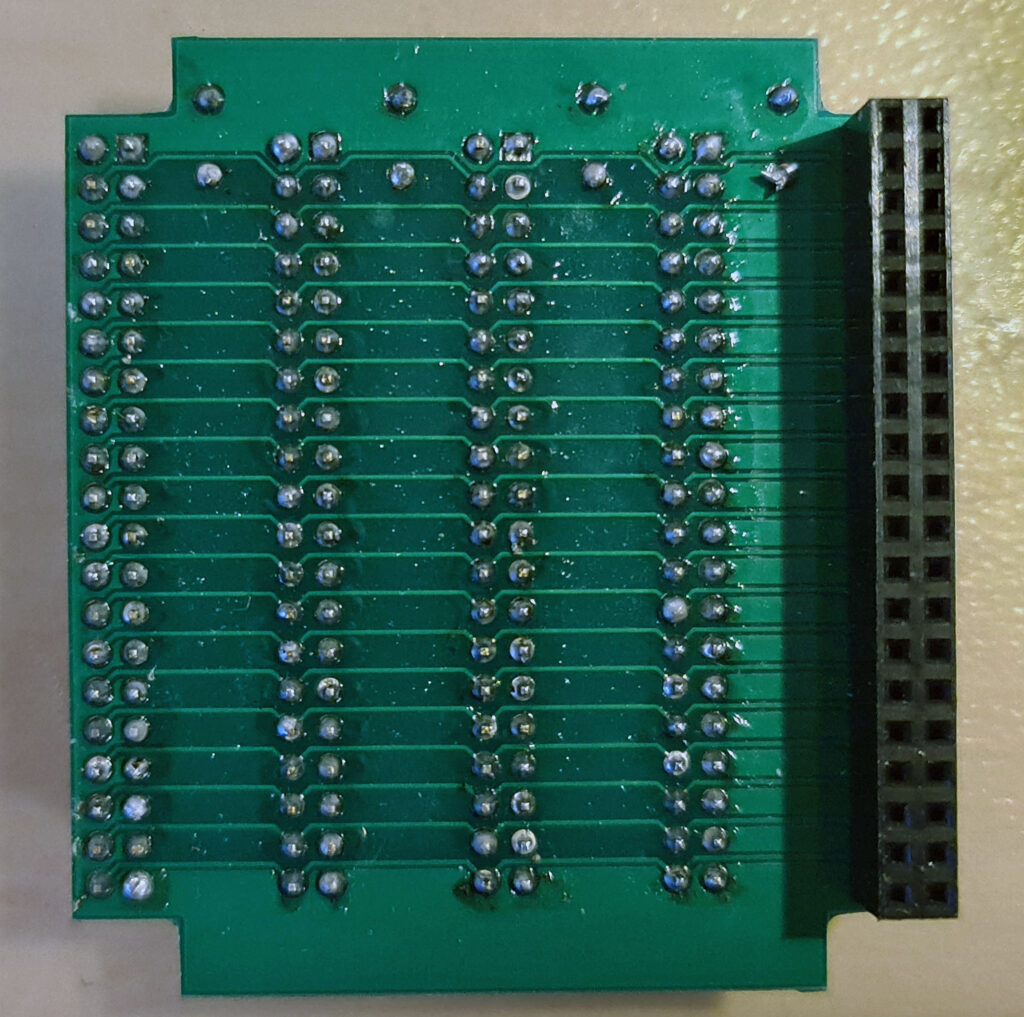 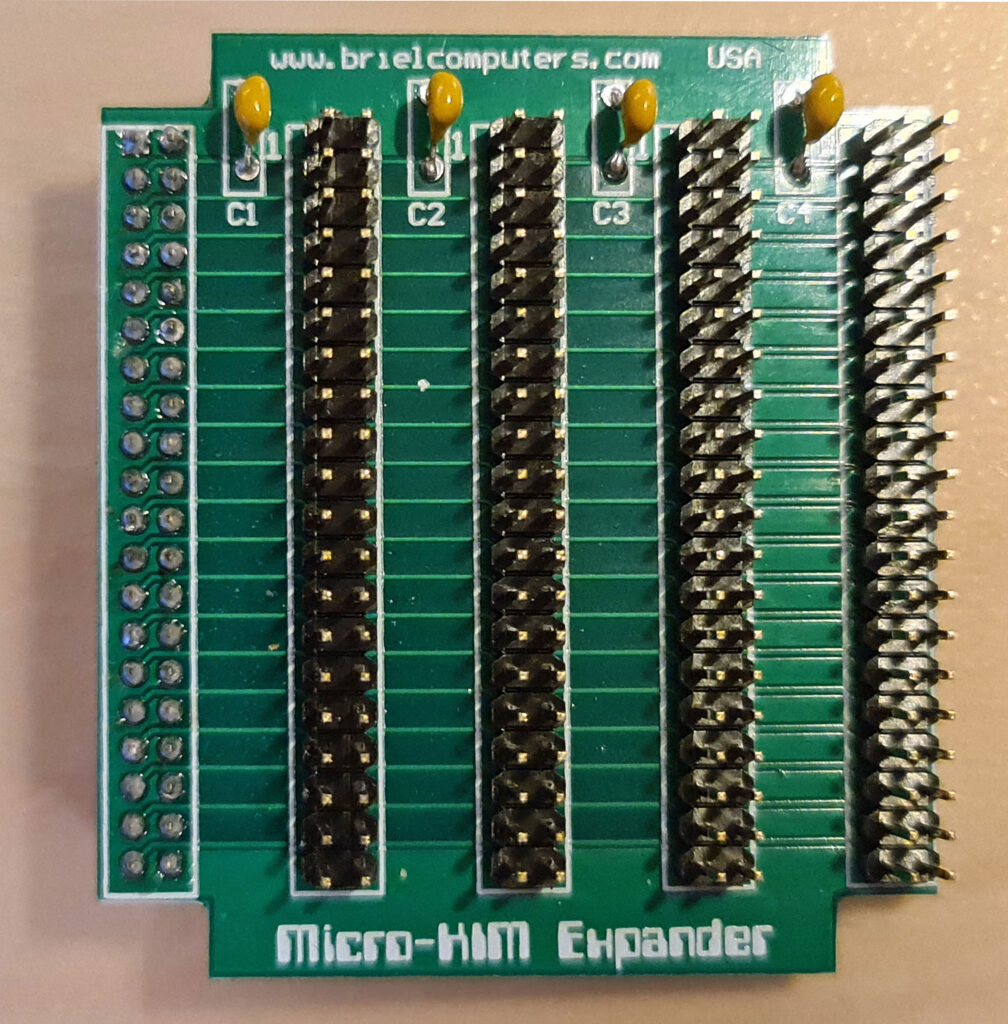 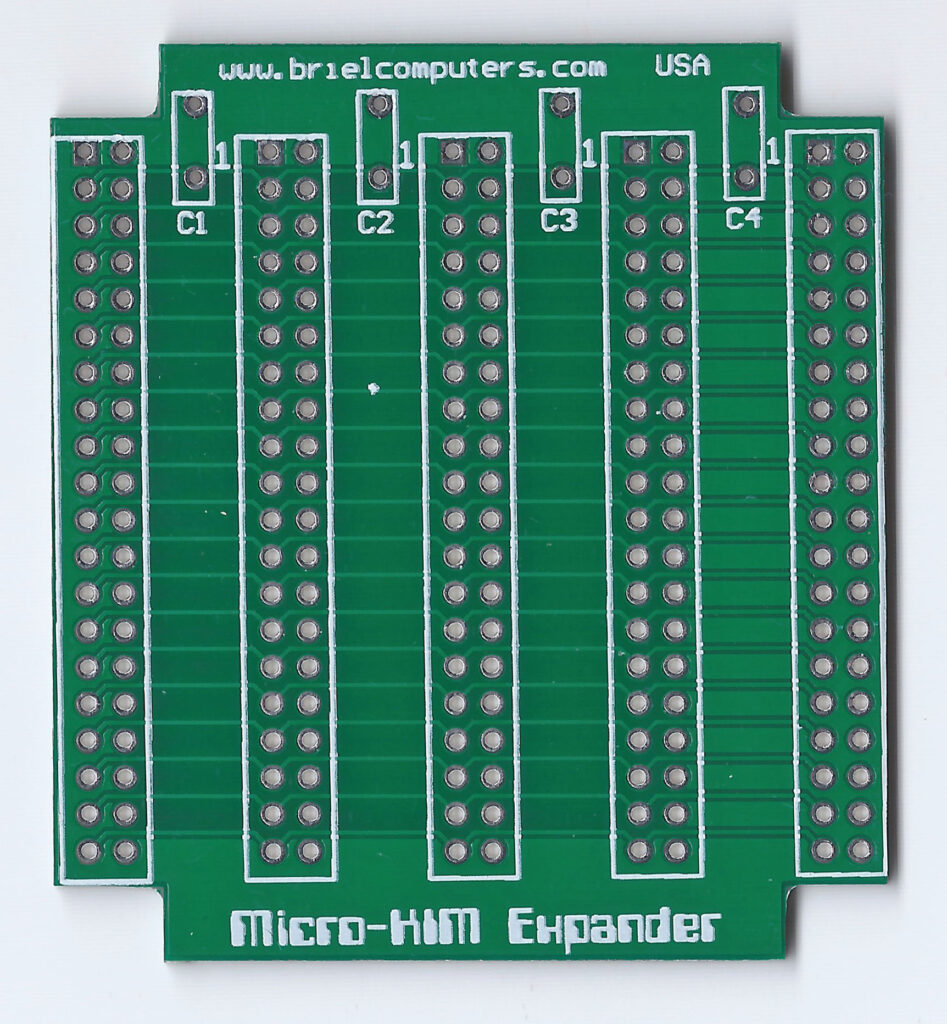