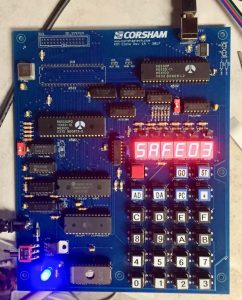 A KIM-1 clone build by Bob Applegate of Corsham technologies.

Somewhat inspired by the microKIM by Vince Briel, who was inpired by Ruud Baltissen! The idea is replace the 6530’s with 6532 and by careful memory decoding have the I/O, timer and RAM of the 6532’s appear at the same locations as the 6530-002 and -003. ROM is added with an EPROM.

Not an exact copy, the ROM has been changed/enhanced with a KIM Monitor by Bob, though the original KIM-1 ROM should work also.

Available assembled and tested or as a kit. I have bought the PCB and plan to build it! And also bought the assemnbled version 2 with expansion connector 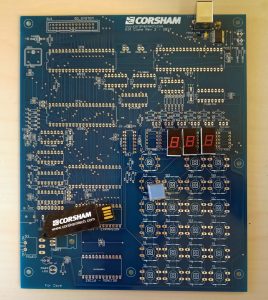 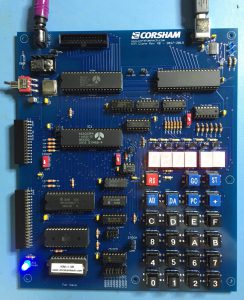