An upgrade of the original Rockwell AIM-65, this model has a larger display, among other features. 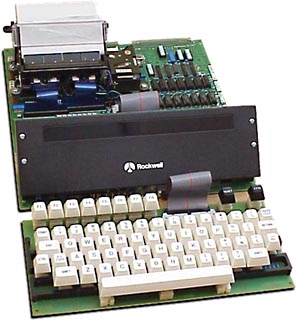 The four edge-card connectors are labeled: 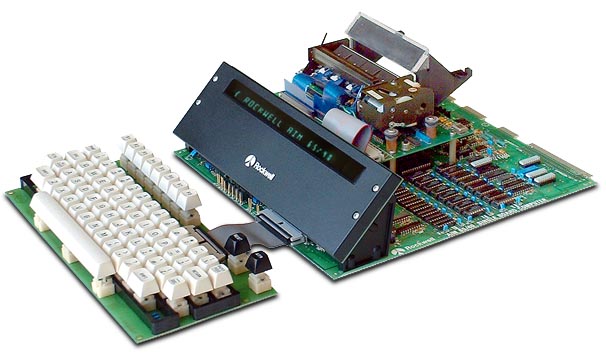 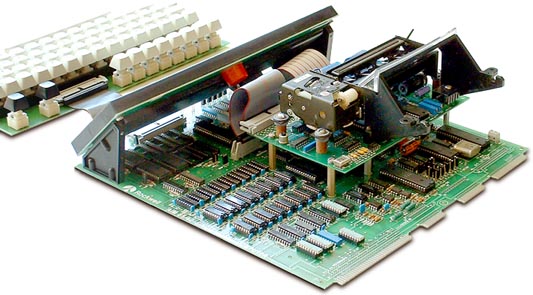 From the Rockwell “Interactive” newsletter, issue no. 5:

Rockwell International will shortly be introducing the AIM 65/40. The AIM 65/40 microcomputer is made up of an R6502 based single board computer with on-board expansion to 65 kilobytes of memory, a full graphics 280 X N dot matrix or 40-column alphanumeric printer, a 40-character alphanumeric display, and a full ASCII keyboard with user assignable function keys.

An advanced generation of Rockwell’s popular AIM 65 microcomputer, the AIM 65/40 will be available as a complete system or as individual computer and intelligent peripheral modules.

The AIM 65/40 Series 1000 single board computer modules feature system address expansion up to 128K bytes with on-board memory up to 48 kilobytes of RAM and up to 32 kilobytes of ROM or EPROM. Six level priority interrupt logic and 16-bit multi-mode timers are included for flexibility in production automation and laboratory control applications. Extensive I/O capability provides an RS-232C asynchronous communications interface channel with programmable data rates of up to 19,200 baud for terminals or modems, plus a 20 ma current loop TTY interface, dual audio cassette interfaces, and two user-definable 8-bit parallel ports with handshake control, two 16-bit timer/counters and an 8-bit serial shift register.

Three additional 8-bit parallel ports are directly programmable as dictated by the user’s application to provide more TTL level I/O or interface to keyboards, displays, and printer modules. Manufacturer supplied ROM resident software included with the AIM 65/40 Series 1000 computer provide I/O drivers for the intelligent peripherals and more. The printer connector is compatible with the Centronics parallel interface that is so popular with high speed dot matrix printers.

A buffered system bus accommodates off-board expansion via Rockwell’s RM 65 microcomputer modules which include intelligent peripheral controllers for mini or standard floppy disks, CRT monitors and the IEEE-488 instrumentation bus, plus additional communications interfaces and a selection of RAM, ROM and EPROM memory expansion options up to 128K bytes of memory and memory-mapped I/O capacity.

The AIM 65/40 is expected to be available sometime during the third quarter of 1981.

The following photos and files are given to me by Jörg, thanks! 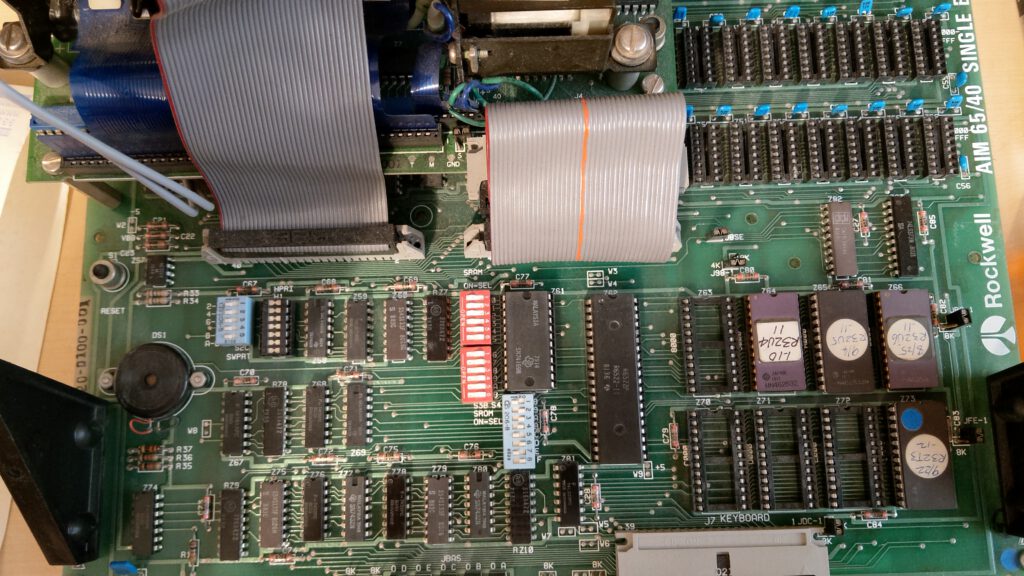 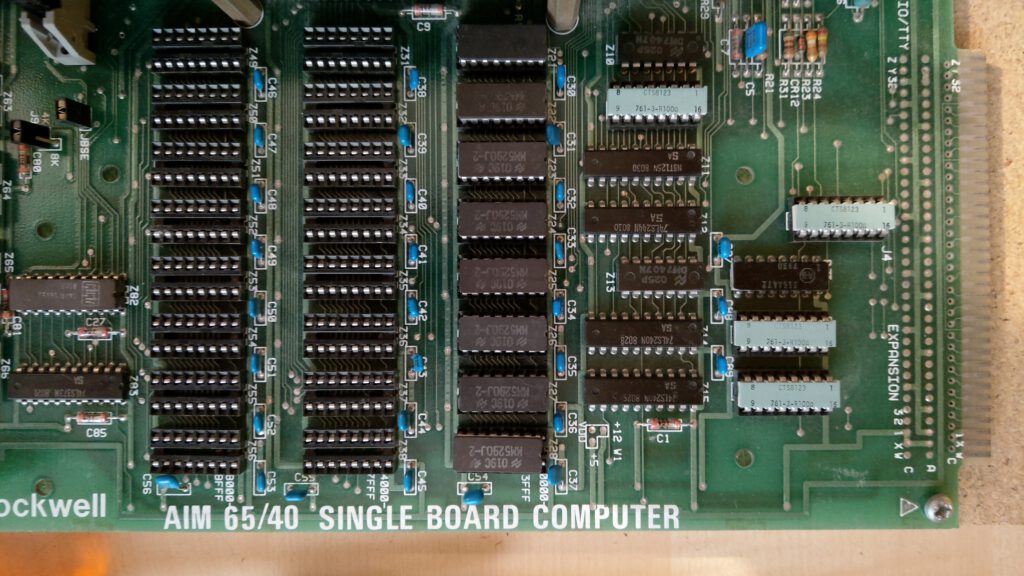 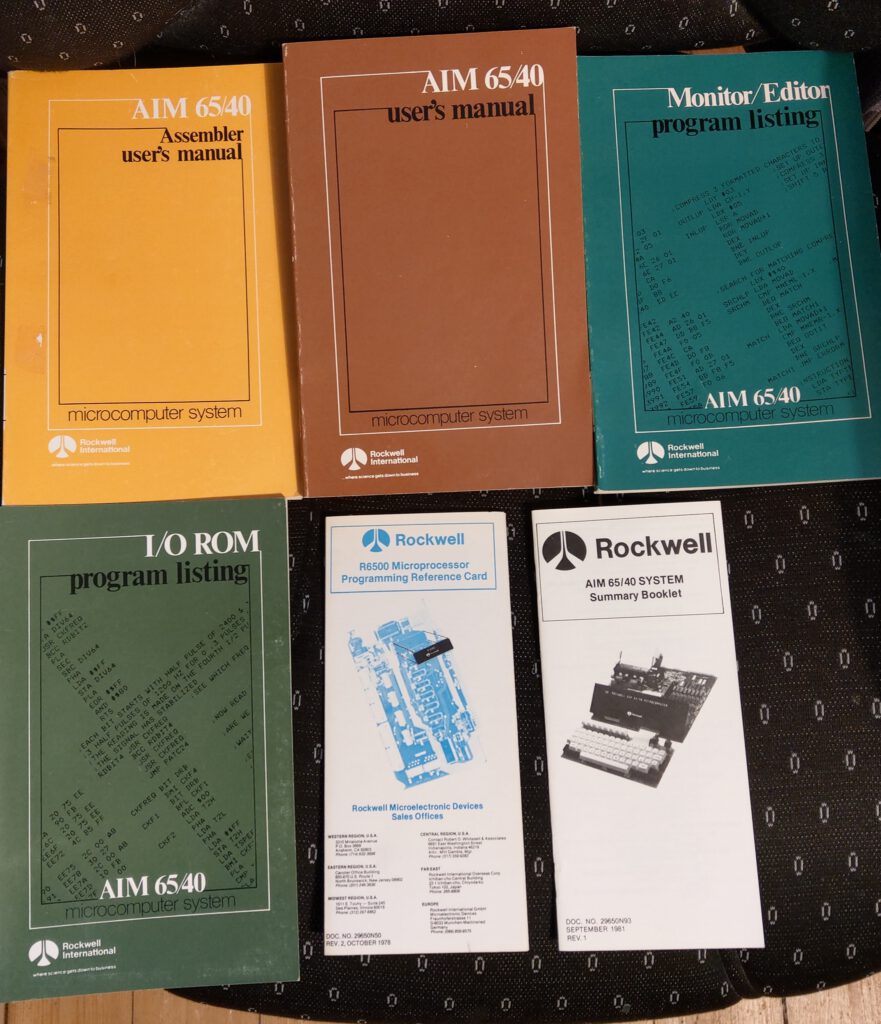 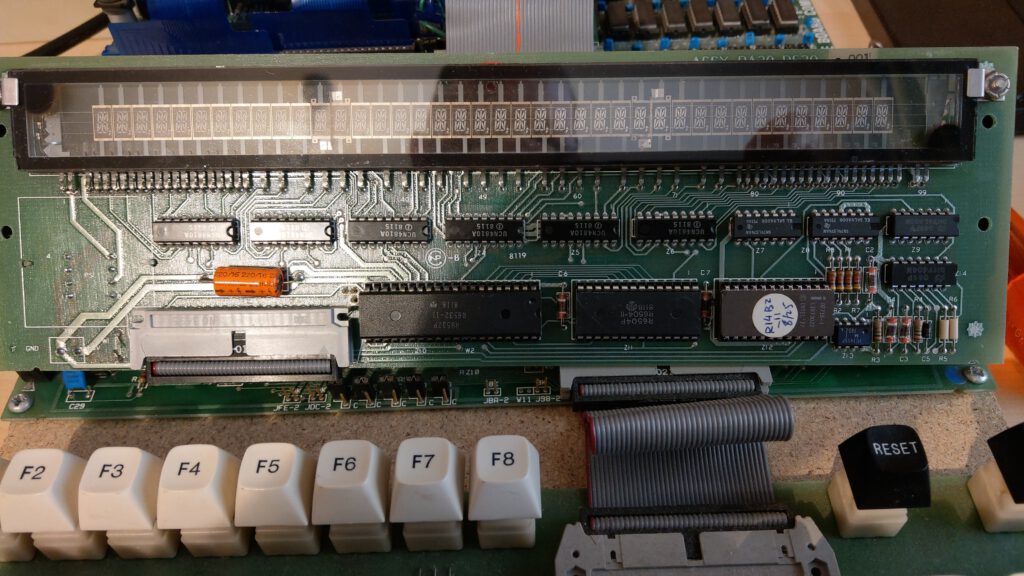